A bloody take on the alphabet 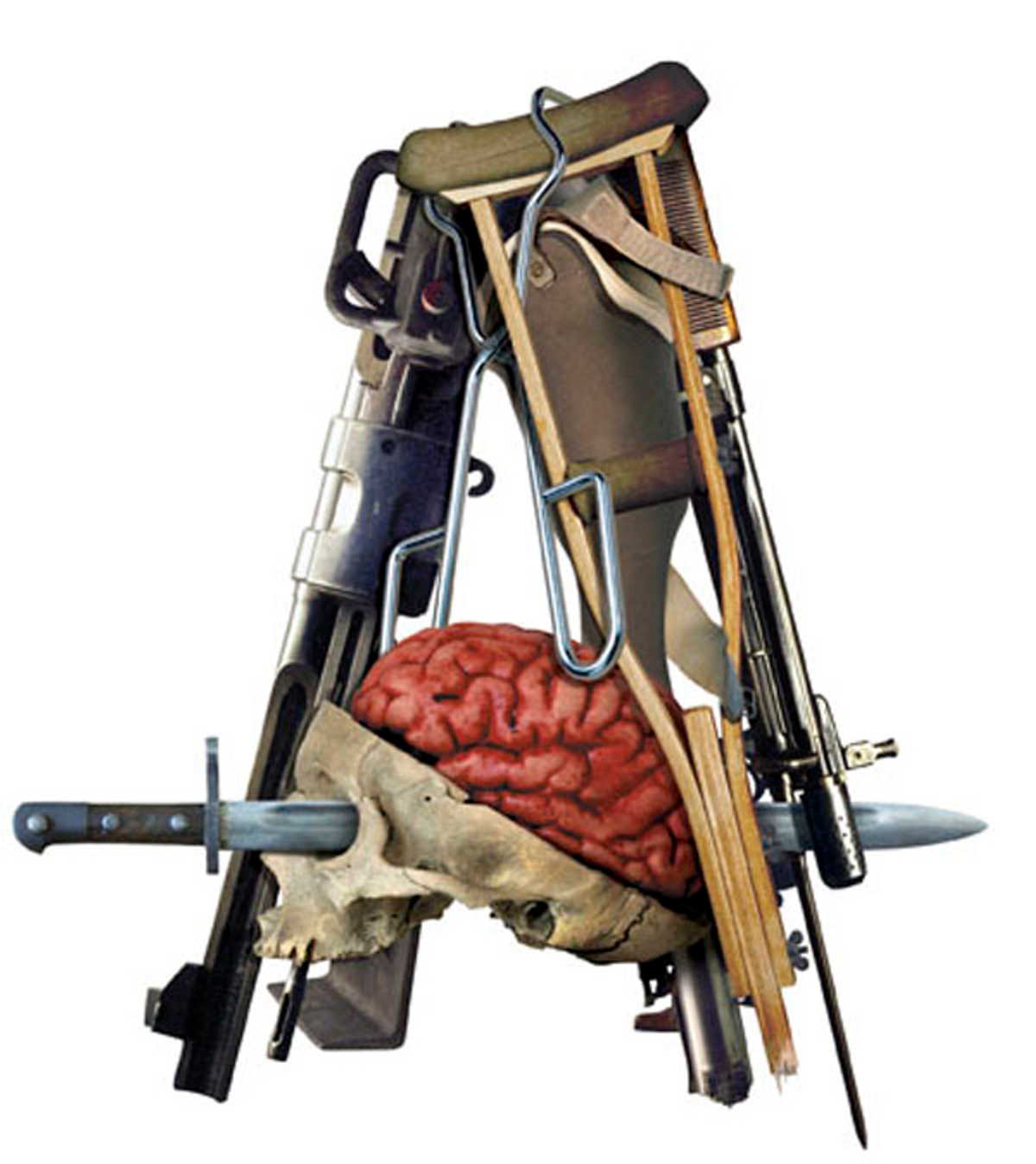 "Warphabet" by Viktor Koen is a series of alphabet prints, inspired by armed conflict. It is one of his many illustrated typefaces. "I wanted to design for a while now," he says, "and unfortunately, it became current and very urgent."

He adds that these are not images about the beauty of weaponry, "but a commentary on its uses, results, sale, and distribution. The use of arms and armor throughout covers a wide but random chronology of man killing man. Random, because it made no sense adhering to any kind of order when it comes to something so senseless."

The letters molded from weaponry portray the vivid connection between the horrors of war and our daily vernacular. "Reporting, describing, and discussing conflict related death is a casual part of our routine," he says, "even if we are physically so distant from it." Koen adds, when many years ago he asked his grandfather Barouch Sevi, a World War II veteran, about war, "I expected a movie like description of guts and glory. He only said it was filthy and spoke no more about it. Maybe this explains the fact that these letters are not shiny tributes to military technology, but a fusion of rusted metal and broken bones."

In June 2011 "Warphabet" was showcased in the Irene Gellery, Cyprus (an exhibition organized by the Department of Design & Multimedia, University of Nicosia) and will be exhibited in the Coningsby Gallery in London this September, Hadjikyriakos-Ghikas Gallery/HAU, Athens, Greece, in November and Kalos&Klio Showroom, in Thessaloniki, Greece, May 2012. The image below bottom is called "War Heads," for obvious reasons.