The case against the DSK dismissal 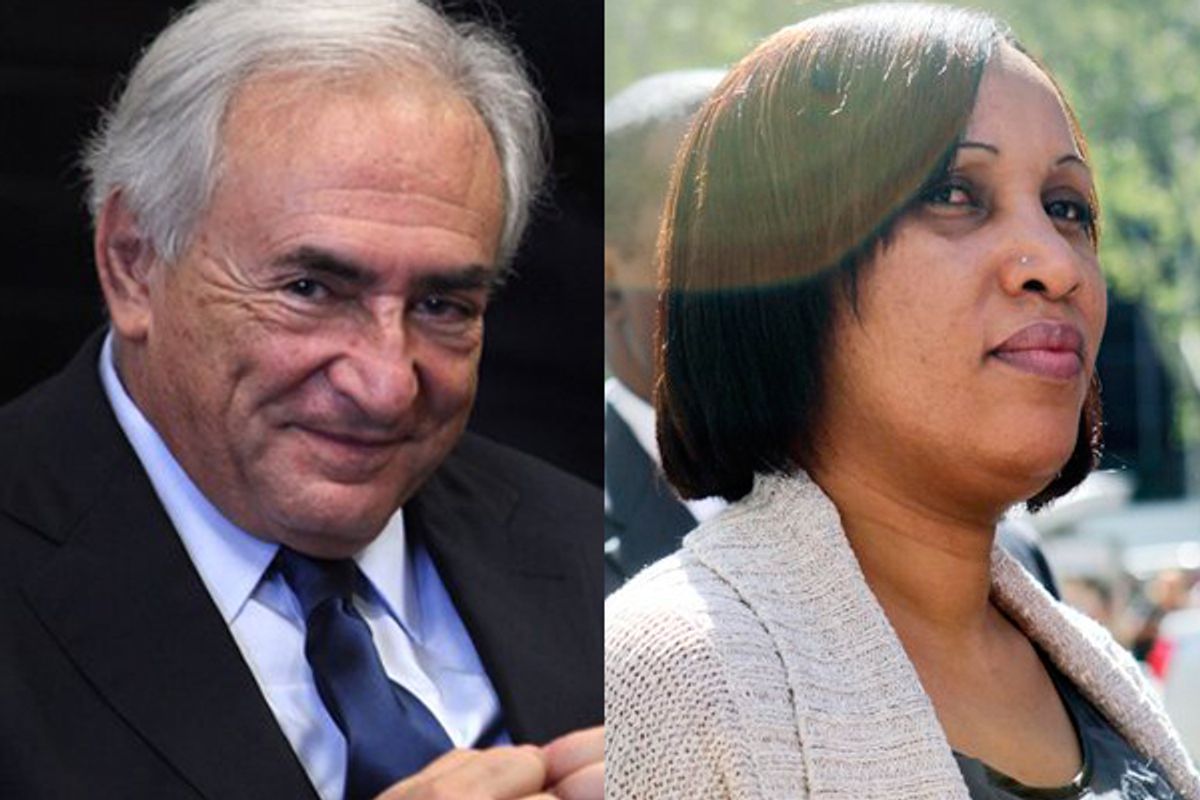 As feminist activists began to organize protests in response to the dismissal of the sexual assault case against Dominique Strauss-Kahn, I started to feel troubled by my lack of outrage. The news led so many women I respect to put pen to posterboard and broadcast their anger outside the courthouse steps. Meanwhile, I'd been thinking that the dismissal might actually make sense. After all, how can prosecutors be expected to push forward with a trial when they have lost all confidence in the complainant? As the district attorney's office said in its brief, "If we do not believe her beyond a reasonable doubt, we cannot ask a jury to do so."

Not feeling confident that I adequately understood the nuances of the argument against the dismissal, I went to some leading feminist activists for a primer. I challenged them to convince me, and Salon's readers.

Jaclyn Friedman, author of "Means Yes: Visions of Female Sexual Power and a World Without Rape," says the major problem here is "the way the adversarial justice system works," she told me by phone. "Prosecutors only like to bring to trial cases they feel they can win, which makes them reluctant to bring difficult cases, which usually works against anyone alleging rape." As a result, that "sends the cultural message that most rape victims are lying, which makes it even harder to convince a jury because we're all jurists."

Friedman acknowledges that it would be difficult for the prosecution to win the case at this point, "but that's partly because of their own shenanigans" -- namely, prematurely leaking information. On a similar note, Amanda Marcotte of Pandagon wrote me in an email: "If your goal is more than simply winning cases, but reducing the rape rate, you have to prosecute in cases like this," she says. "When a man like Strauss-Kahn just simply walks without a trial, that sends a strong signal to rapists" -- and that's to "make sure to pick especially vulnerable victims."

Of course, a large part of what makes this case so challenging is the inconsistency in what accuser Nafissatou Diallo told prosecutors. Most problematic is the gang rape story that she tearfully recounted on multiple occasions to prosecutors, before admitting that it was a lie told to help her asylum application. Friedman acknowledges that this calls her credibility into question, but argues that this alone doesn't rule out the possibility that she is telling the truth in this particular case. It only tells us "that she's willing to embellish a story in order to be believed," she says. "And, gosh, I wonder why she thought they were not on her side."

It's also the case, as Slate's William Saletan explains, that the district attorney's motion to dismiss misrepresented the degree of Diallo's lie. She did admit that the gang rape never happened, but Diallo also maintained that she had experienced an assault in Guinea. In other words, she did not confess that she had "entirely fabricated this attack," as the D.A. claims. Saletan argues that this "doesn't excuse her dishonesty" but "it does narrow the extent to which she has shown a willingness to lie -- not to mention the obvious difference between sending an innocent man to jail and distorting a bygone rape by unnamed assailants to get asylum."

Only, further complicating things, the D.A.'s motion claims that she didn't include the gang rape story in her asylum application, which raises the question of why she mentioned it at all. "Whatever logic, if any, drove her to recount it to the district attorney's staff, they could see it only as a stunning demonstration of her ability to weep over a sexual assault that had never taken place, and then to quickly pile another falsehood on top of it," writes the New York Times' Jim Dwyer.

Still with me? Because there are yet more twists and turns, yet more issues with the D.A.'s stated reasons for a dismissal -- from the phone call to her jailbird friend mentioning DSK's wealth to her inconsistent accounts of what she did immediately after the alleged assault. (She blames both on mistranslations, which in context is actually not nearly as far-fetched as it might sound.) I could go on and on, extensively cataloging these concerns as Saletan has. I could even go so far as to track down all of the key players and straighten out the troubling questions and inconsistencies on all sides -- but isn't that the point of a trial?

Based on the evidence presented in the motion to dismiss, I'm not convinced that Diallo is undeserving of her day in court. So now I feel the need to make the same plea I started with, only this time to the district attorney's office: Convince us.