Hurricane gathers strength as it heads towards the U.S. 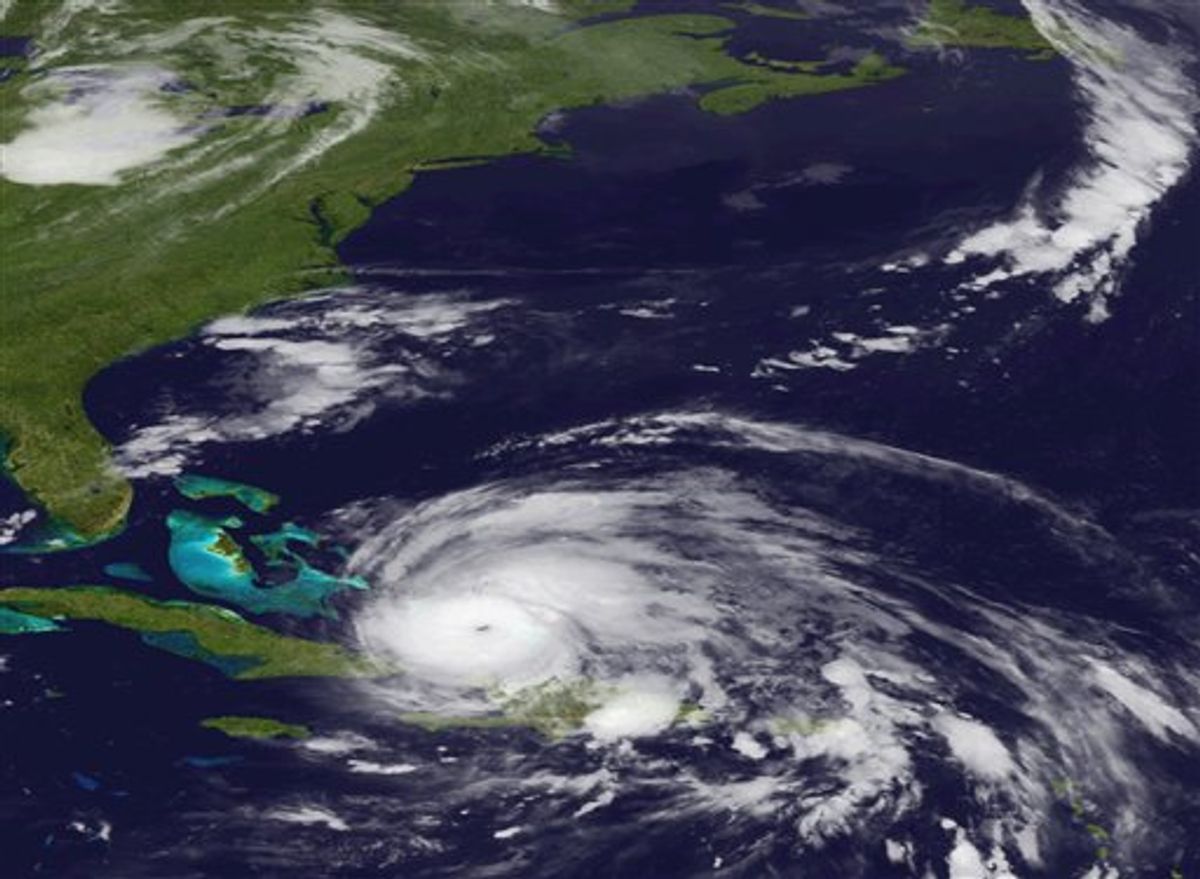 An image released by the NOAA made from the GEOS East satellite shows Hurricane Irene on Aug. 24, 2011 as it moves northwest from the Dominican Republic. Puerto Rico and the Dominican Republic. Federal officials have warned Irene could cause flooding, power outages or worse all along the East Coast as far north as Maine, even if it stays offshore. (AP Photo/NOAA) (AP)
--

Hurricane Irene has strengthened to a major Category 3 storm as it heads toward the East Coast.

The U.S. National Hurricane Center in Miami says Irene's maximum sustained winds have increased Wednesday to near 115 mph (185 kph) with additional strengthening forecast during the next day or so.

Meanwhile, evacuations have begun on a tiny barrier island off North Carolina early Wednesday in a test of whether people in the crosshairs of the first serious hurricane along the East Coast in years will heed orders to get out of the way.

Irene is centered about 335 miles (540 kilometers) southeast of Nassau in the Bahamas and is moving west-northwest near 9 mph (15 kph).