Once again, the president's summer reading list is dominated almost exclusively by men 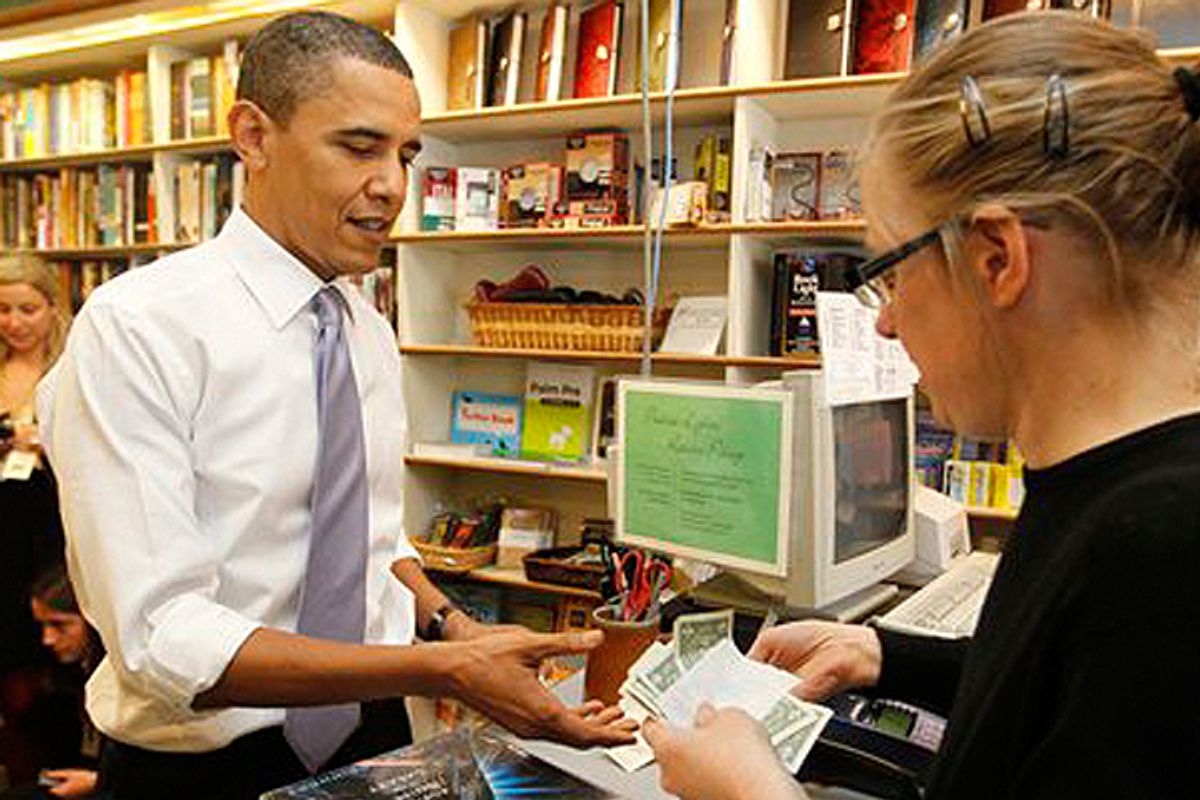 While there's no way to know whether Hillary Clinton would have hung tougher than President Obama with those recalcitrant Republicans, here's a safe bet -- her summer reading list would have included a few more women authors than his.

That would make Obama's reading 70 percent male -- which is actually a better male-female ratio than the past. The Daily Beast collected a list of what it called every book Obama has mentioned reading since May 2008. The news for the female scribblers among us is pretty dire. It's a 23-to-one blowout in favor of the men. The sole woman author to make the cut is Doris Kearns Goodwin -- almost a compulsory read for any new president.

Now the fact that the president of the United States apparently doesn't read women writers is not the greatest crisis facing the arts, much less the nation -- but it's upsetting nevertheless. As I suspect Obama would agree, matters of prejudice are never entirely minor, even when their manifestations may seem relatively benign.

It is a well-known fact among those of us to whom this matters that while women read books written by men, men do not tend to reciprocate. The reasons for this imbalance are the subject of much speculation and little conclusion, but, simple as this may sound, it looks an awful lot to me like we think they are more interesting than they think we may turn out to be. And I very much doubt that's a message Mr. Obama means to endorse -- especially as a father of daughters who might enjoy and even be inspired by seeing their father cart around a book emblazoned with a woman's name writ large.

In recent months, women writers have tried to call attention to this discrepancy and received some hefty pushback. In February, a group called VIDA released a study detailing jaw-dropping differences between how often men and women are reviewed in such publications as the New York Times and the Atlantic. Both publications reviewed dramatically more fiction by men than women.

Best-sellers Jennifer Weiner and Jodi Picoult turned the release of Jonathan Franzen's "Freedom" into an occasion to discuss the different receptions big, domestic novels by men receive compared to those by women. In part, Weiner criticized the dismissive attitude of many reviewers toward "chick lit," the genre of fiction for which she is famous, but she also took reviewers to task for a more general gender bias. In an interview on NPR's "All Things Considered," Weiner said:

Many people got angry at Weiner for what they saw -- inaccurately, I believe -- as an attack on Franzen, the presence of whose name in the argument, ironically enough, ended up getting most of the attention. (Obama, of course, procured an advance galley of Franzen's "Freedom" for Martha's Vineyard reading last summer.)

What shouldn't get lost in all this is that women authors write kick-ass books. If you like your fiction well-pedigreed, Jennifer Egan's "A Visit From the Goon Squad" just won the Pulitzer. The president could have picked up "State of Wonder," the latest from Ann Patchett, or "The Year We Left Home" by Jean Thompson. And for a subject that is doubtless already on the president's mind, why not "You Know When the Men Are Home," by Siobhan Fallon, a collection of stories set in the homes of families living at Fort Hood.

But, really, I very much doubt that President Obama needs my help to get started here. Excellent books by women are not actually difficult to find. They just seem to be a little harder to focus on.

Robin Black's short-story collection, "If I Loved You I Would Tell You This" (Random House 2010), was a finalist for the Frank O'Connor International Short Story Prize. She would be more than happy to send President Obama a signed copy if that would be of any help. Her website is www.robinblack.net and she blogs at www.beyondthemargins.com.