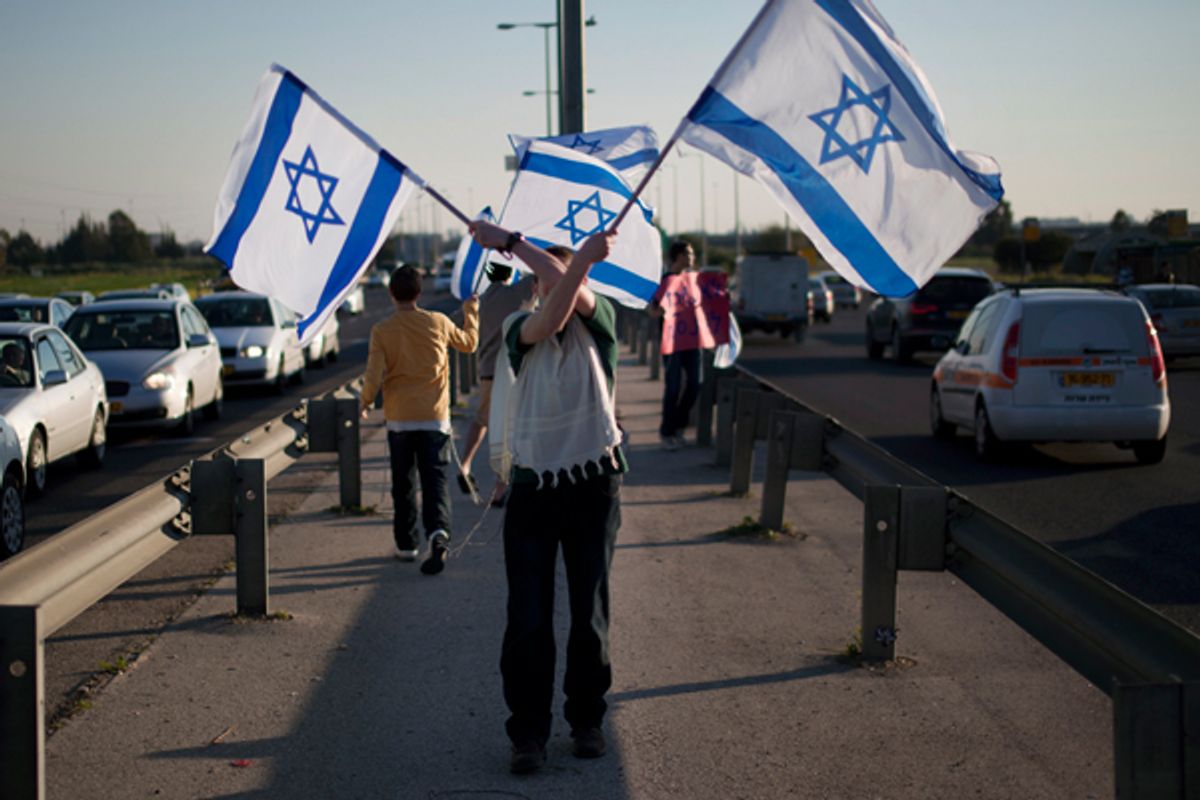 There haven't yet been any major hard news stories generated from the release, but, as always, some of the most interesting cables are the reportorial snapshots of life in a given country.

In 2004 and 2005, consular officers at the U.S. embassy in Tel Aviv wrote a pair of fascinating cables about American citizens who are living in illegal West Bank settlements.

The officers found that the U.S. citizens' reasons for moving to Jewish settlements in the area where Palestinians hope to establish a state were three-fold: social, economic, and ideological.

In the first cable, a 36-year-old married mother of three -- at the embassy to report the birth of an American citizen child -- explained that she believed the "God-given land of Israel" includes the West Bank:

The American citizen is a 36 year-old married woman with three children. She immigrated to Israel from the US when she was about 20 years old. She is a stay-at- home mother, but her husband, a graduate of the Technion Institute (an elite Israeli technical university), works in Tel Aviv. She says Neve Tsuf is a settlement of about 200 families. It is located approximately six miles north of Ramallah and six miles east of the Green Line. The small Arab village of An Nabi Salih is little over half a mile north of the settlement.

As a resident of the West Bank she is technically within the consular district of the US Consulate in Jerusalem. However she said that she did not wish to travel through East Jerusalem streets "surrounded by Arabs" to get to the Consulate. She would go there only if accompanied by her husband, who is usually armed. When asked why, if she fears East Jerusalem, she is willing to live in a settlement in the heart of the West Bank, she said that she thinks of Neve Tsuf as a suburb of Tel Aviv.

She considers herself religious and cited ideological reasons, not financial incentives, for moving to Neve Tsuf. She believes that the God-given land of Israel includes the West Bank. However, she also cites practical reasons for wanting to live in a settlement. She says that, whereas within Israel she would live in an apartment, in Neve Tsuf she has a house. The proximity of her settlement to Tel Aviv is another important factor. She also cited the closeness of community life in Neve Tsuf, where she says people help each other.

In a 2005 cable, another American woman, the mother of five, describes moving to the West Bank two months prior, primarily because of her husbands ideology. Life in the settlements is also described as similar to the American Midwest:

The American citizen is the mother of five U.S. citizen children. Her husband is an Israeli. Two months ago, the family moved from Jerusalem to the West Bank settlement of Elkana. Elkana is located about four kilometers east of the Green Line and due east of Tel Aviv. She said the settlement has a population of about 750 families.

When asked why the family chose to move to a settlement at this time, she cited pragmatic reasons nearly identical to those cited by the subject of reftel A. She said the family could afford a large house with a yard in Elkana, whereas in Jerusalem, they could only afford a small apartment. Again, as did the subject of reftel A, she pointed approvingly to the close communal atmosphere of the settlement and cited the "quality people" of Elkana, most of whom, she said, are college graduates. (Comment: The observation that settlement residents are "nice" is a recurring one. One American citizen resident of the West Bank settlement Karnei Shomron compared these communities to small towns in the American mid-west.) ...

She denied having personal ideological reasons for moving to Elkana. Her husband, on the other hand, was primarily motivated by ideology. Her husband and children faithfully attend anti-disengagement protests and rallies. She said the Elkana schools provide the children with free busing to these events.