The brilliant colors of August

From blue lobsters to rainbow houses, we look at late summer's most striking hues 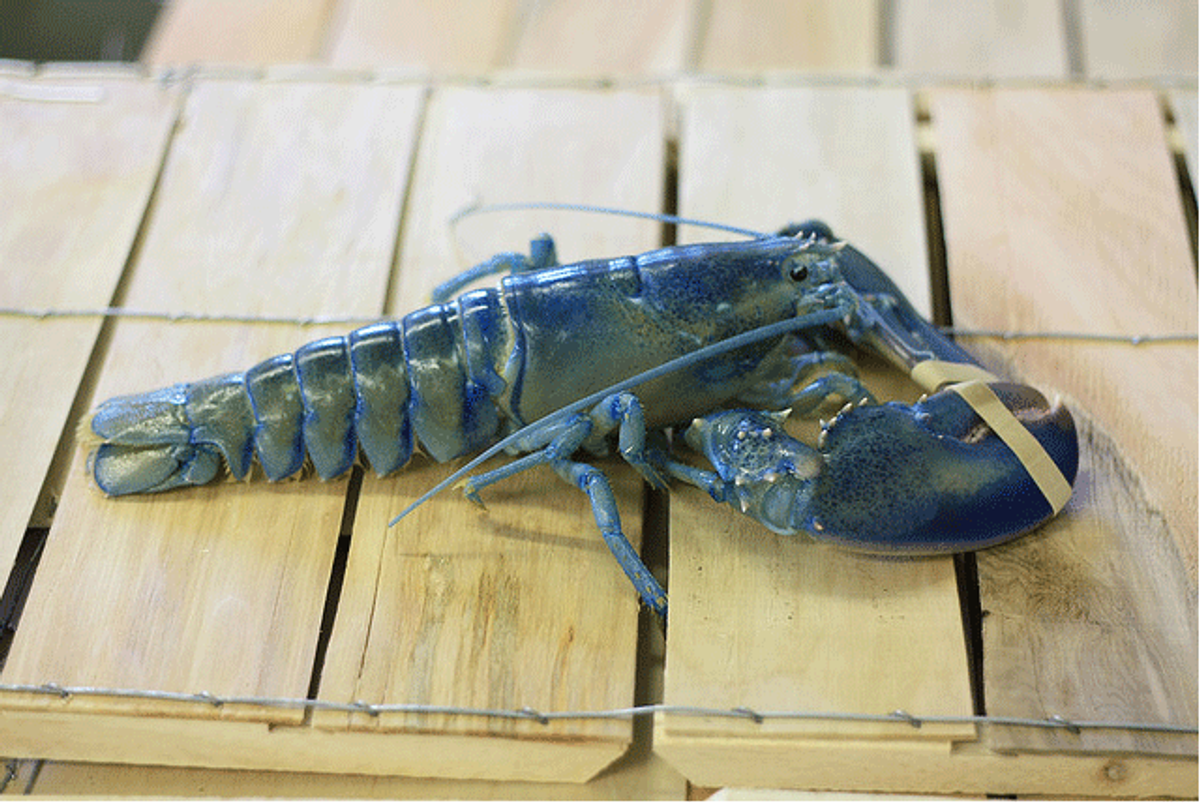 "To attend to color, then, is, in part, to attend to the limits of language, what a world without language might be like." -- David Batchelor

Batchelor is that exceedingly rare bird: an artist facile at both art-making and writing. I've been a hearty Batchelor fan for years now for his thoughtful writing on color and his many and varied artworks. Jump into the wordlessness of color with me -- shall we?

Let's begin on a distinctly creepy note, with horseshoe crabs' blue blood -- which, if National Geographic is to be believed, is a veritable, unsung elixir deep in the bowels of hospitals. Quoth Gizmodo, where I first discovered this: "The magic blue liquid has an immune system that makes the blood coagulate instantly when it touches any pathogen. Pharmaceutical labs use some of the blood's proteins to develop systems that can screen vaccines, fluids and medical devices for pathogens which will kill you if they get into your bloodstream. Fishermen collect half a million of these on a yearly basis. After being captured, some of their blood is extracted and then returned to sea, where about 85% keep living normally." Take that, Southern Gothic vampires of "True Blood"!

We'll stick with the triple themes -- beachiness, slight creepiness and blue -- with this photo of an unusual sport of nature, the blue lobster. I got on this kick thanks to Mental Floss, whose post on all things lobster-licious makes me miss my New England town of New Haven, Conn. (I just moved from this font of cheap, plentiful lobsters to heartland Chicago.)

It's endless summer in today's Wunderkammer of Color. Thanks to Dezeen, I give you Boscomb Beach Huts by a:b:i:r architects and Peter Lewis. In the seaside town of Bournemouth, these lovely cabins not only update the traditional beach cabana, but render it fully accessible for the elderly and handicapped.

"We live in a rainbow of chaos," wrote Paul Cezanne in the late 19th century, another period of economic turmoil and staggering differentials in class. (Thanks to the Transcendentalist Modernist for that quote.) We powered through that chaos then and came out shining and transformed. Here's to lazy late-summer miracles!