Irene pounds the Bahamas on way to U.S. East Coast

Category 3 hurricane gains strength as it approaches the states 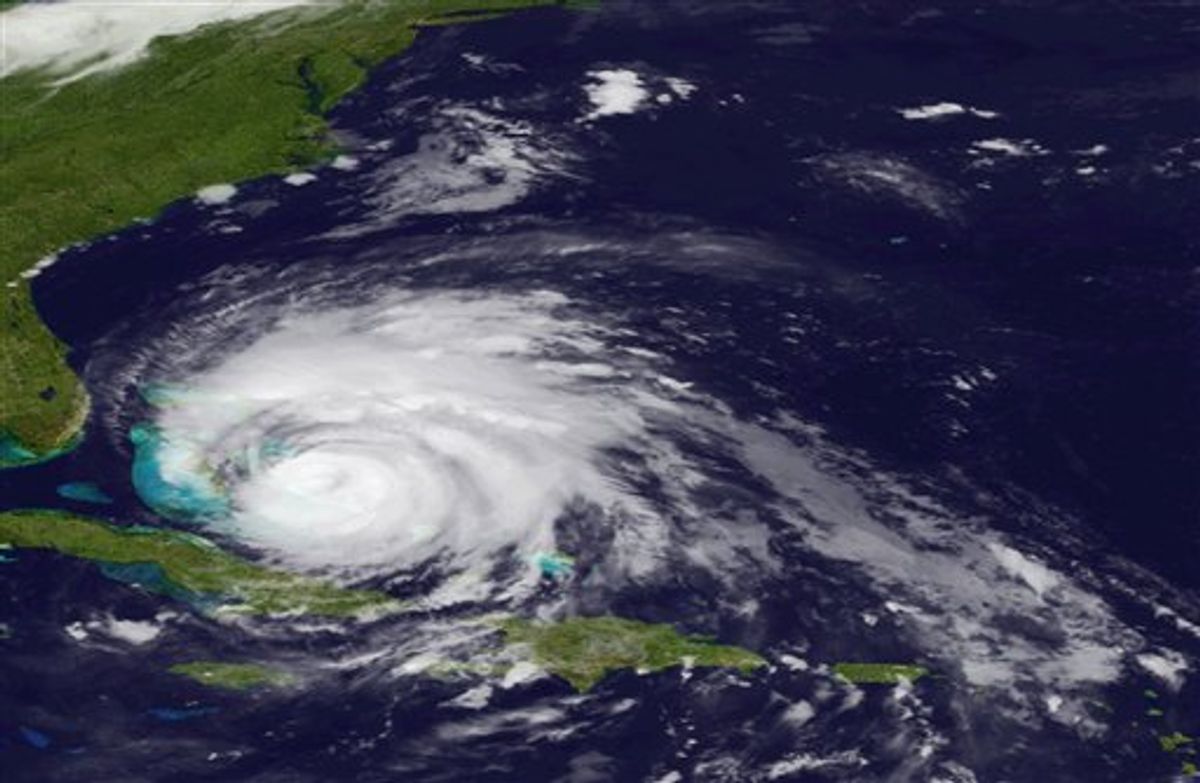 In an image provided by NOAA and made by the GOES East satellite Hurricane Irene is shown as it move over the Bahama Thursday Aug. 25, 2011. Irene could hit North Carolina's Outer Banks on Saturday afternoon with winds around 115 mph (185 kph) and it's predicted to go up the East Coast, dumping rain from Virginia to New York City. (AP Photo/NOAA) (AP)
--

Hurricane Irene is pounding the northwestern Bahamas on its march across the Caribbean toward the U.S. East Coast.

Meanwhile, officials from North Carolina to New England are looking at what they need to do prepare for the first major hurricane to hit the East Coast in seven years.

As of 8 a.m. EDT Thursday, the Category 3 hurricane was centered about 65 miles (105 kilometers) east-northeast of Nassau in the Bahamas. A hurricane warning remains in effect for the central and northwestern Bahamas.

Also Thursday, a hurricane watch was issued for the coast of North Carolina along with a tropical storm watch for South Carolina.

And in Virginia, the U.S. Navy's Second Fleet has started moving ships away from Norfolk Naval Station to keeps them safe from the approaching storm.