The rough magic of "Louie"

In its own quiet way, the brilliant second season of Louis C.K.'s sitcom goes where no show has gone before 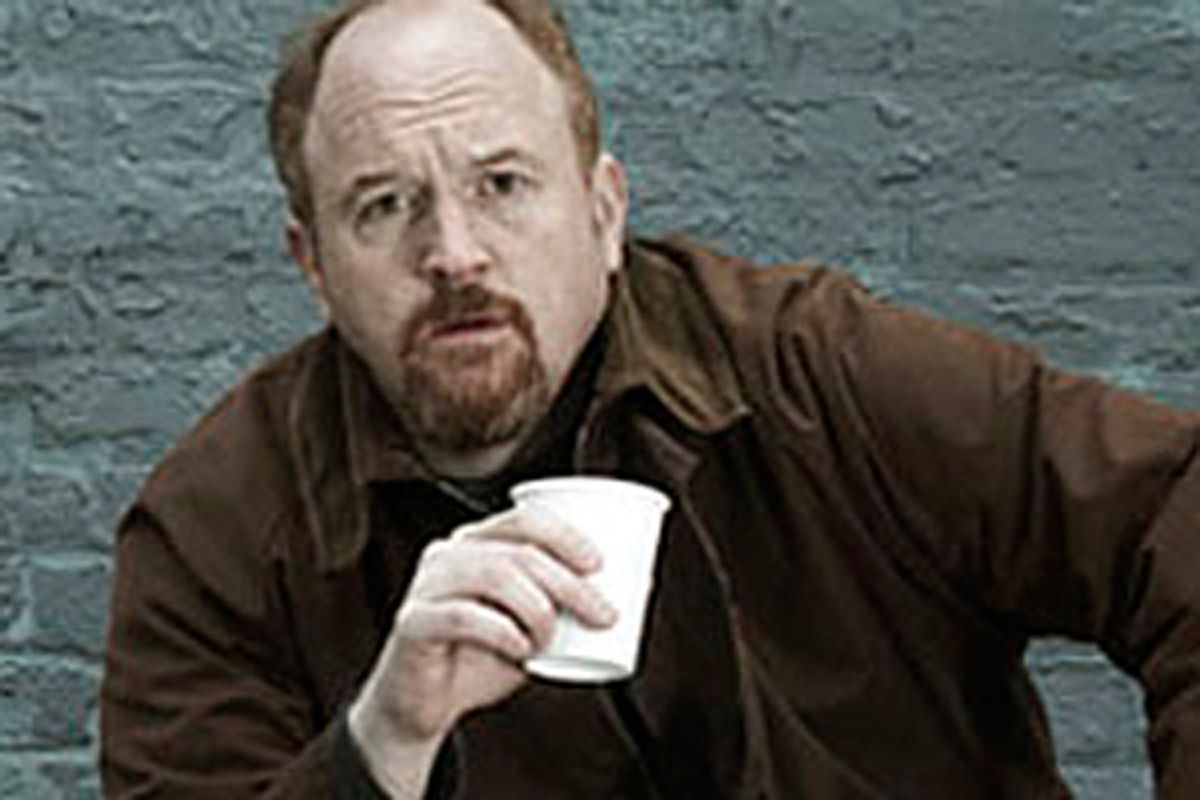 "Louie," which is nearing the the end of its second season on FX, is the most reliably unpredictable show on television. You sit down to watch it each week not having the faintest clue what star-director-writer-editor Louis C.K. is going to show you or how. Sometimes he spends the show's allotted time block telling one full story. Other times he breaks his 22-minutes-plus-ads in half and delivers the TV equivalent of a couple of short stories. Within any given sequence, C.K. might stick with the show's dominant mode -- a slightly melancholy sitcom without a laugh track -- or he might shift into an extended dream sequence, a flashback or even a documentary of sorts.

The effect is remarkably fresh and engaging. Even when one of its inspirations doesn't pan out, "Louie" is always trying for something surprising and authentic, something other than the TV usual, and the tone is so open-minded and open-hearted that even when the show stumbles and falls, you rarely feel as though your time was squandered for no good reason. Every single week there are several moments when "Louie" wanders off whatever footpath you thought it was committed to and sprints off into the woods, heading wherever inspiration takes it.

Louis C.K., who shoots the show on location in New York with a tiny crew, is a stand-up comic, a writer and an actor, but he's also a skilled video editor and a photographer who has been known to spend long sections of his blog posts discussing the fine points of film stock and aperture settings. This is not a skill set that you find every day, and because the budgets are comparatively small -- about $150,000 per episode, or less than 10 percent of what Charlie Sheen used to earn for a single episode of "Two and a Half Men" -- the stakes are unusually low.

All this enables C.K. to control every aspect of production, and ensures that "Louie," arguably more so than other current scripted series, feels like the product of a singular consciousness -- as much an intimate personal statement as a book of short stories or an album recorded in somebody's cellar.

Equally important is the show's commitment to making everything feel as immediate as possible, as if you're seeing life as it happens rather than an edited, processed, compacted version. An episode in which Louie took his two half-adorable, half-bratty daughters to visit a 90-something aunt out in the country spent half the episode chronicling their car trip. The younger daughter whined about how bored she was, and Louie hectored her about how you should never say you're bored because life is a gift, then sang along with all five minutes and six seconds of the Who's "Who Are You" on the radio, including the guitar solo and the f-word. The episode ended with a long outtake of the actress who played the aunt deflecting the offscreen C.K.'s attempts to make her reveal her age, then wheedling a cigarette from the crew.

A segment in another episode began with Louie on a subway platform, watching a superb classical violinist perform while a homeless man in the background stripped off his shirt and began washing himself. The rest of the mini-story showed Louie sitting on the subway watching an African-American high schooler flirt with a girl, then shifted into a lovely and somewhat mysterious fantasy in which Louie stripped off his own shirt (like the homeless man he'd seen earlier) and used it to mop up a pool of dirty liquid that had collected on a seat across from him. The other passengers treated this as a great act of chivalry. Some of them beamed at Louie as if he had rescued a dozen infants from a burning orphanage. Then the sequence returned to reality, confirming that Louie never got up from his seat.

The series also exercises a great and often neglected privilege of TV storytelling, the ability to let a moment expand so that you can really delve into it. Sometimes the buildup to a punch line is just as interesting and important as the punch line itself -- and often more so.

An episode a few weeks ago ended with a daringly prolonged final act in which Louie went backstage at a Dane Cook concert and begged Cook for help in getting Lady Gaga tickets for his daughter's birthday, even though people accused Cook of stealing Louie's material for years and Louie never defended Cook because he believed the charges were partly true. (Like so many aspects of "Louie," this bit is drawn from life.) The men's edgy, defensive conversation went places that few TV conversations go; it got into active vs. passive slander and unconscious theft, and the different flavors of showbiz jealousy (Louie envied Cook's fame and wealth, while Cook envied Louie's reputation as a "comedian's comedian" and his image as an innovative artist). But when I think back on the episode, the first image that pops into my head is the run-up to that scene: Louie in the bowels of the arena, being led by beefy security guys on what felt like a 10-mile journey to meet Cook. There was incredulity and fear in his eyes. He might have been a prisoner being led to the gallows.

Tonight's episode, "Duckling," is an expanded, one-hour tour-de-force (set your DVRs accordingly) that belongs on the short list of the show's best episodes to date. [If you don't want to read even mild spoilers, er, duck out now.] Everything about it -- the story, the scenes, the individual beats, the filmmaker's choice of where to go and how long to stay there -- feels new and right.

As on so many "Louie" episodes, there's barely any plot. A brief opening bit finds Louie picking his daughters up from school and getting pressured into taking a box of ducklings home as part of a class project, even though he's going an a USO tour of Afghanistan the following day. One of his daughters secretly smuggles a duckling into his bag (to "protect" him in Afghanistan), and he spends the rest of the episode secretly caring for it in between stand-up gigs in a combat zone and ill-fated attempts to hit on a 19-year old cheerleader.

On most series -- especially most "edgy" cable series -- the episode would be all about the duckling, and we'd spend most of the hour worrying that the bird was going to get killed and trying to figure out what parallels, if any, Louis C.K. was trying to draw between the ducklings and his kids, or the ducklings and the soldiers he's trying to entertain. (Cable shows might be even more irritating than network series in their fixation on Short Story Writing 101 symbolism.)

"Louie" isn't too interested in any of that. You realize early on that whatever happens to the duck isn't remotely as important as what happens to Louie in Afghanistan. But this is not a Very Special Episode. It's not so much about what Louie feels or learns, but simply what he notices and thinks about -- the physical and mental sensations he experiences, and that he'll bring back to New York.

More so than any other episode this season, it's a series of fictional situations that are shot and edited with an old-school documentarian's sense of atmosphere and rhythm. I am tempted to call it a reported piece, and in a sense, it is. Louis C.K. has actually toured Afghanistan with the USO -- you can read an account on his blog, along with photography tips! -- and he must have kept his eyes and ears open while he was there, because this episode depicts two experiences (serving in Afghanistan and touring with the USO) with a plainspoken honesty I've never seen anywhere else, except in documentaries like the amazing "Restrepo." (The hour is dedicated to photojournalist Tim Hetherington, who worked on "Restrepo" and was known for his shots of Afghanistan post 9/11; he was killed earlier this year in Libya.)

There are at least five genuinely great moments in this hour, and many of them are great because of the way they violate expectations, deliberately refusing to give us what we wanted or anticipated, yet offering something more original and interesting in its place. Former Army Ranger turned country singer Keni Thomas performs a song about Vietnam POWs on his guitar for an audience of a dozen enlisted men in a tent, the camera occasionally cutting to his feet tapping on a sawdust-covered floor. Afterward, the singer listens as a soldier plays guitar for him while Louie feeds the duck behind a tent and makes an authentic connection with the cheerleader for the first time. When they're all flying away in a chopper later, the musician and the comedian sit together and share a moment that's devastating precisely because it's tossed-off and not trying to be sentimental.