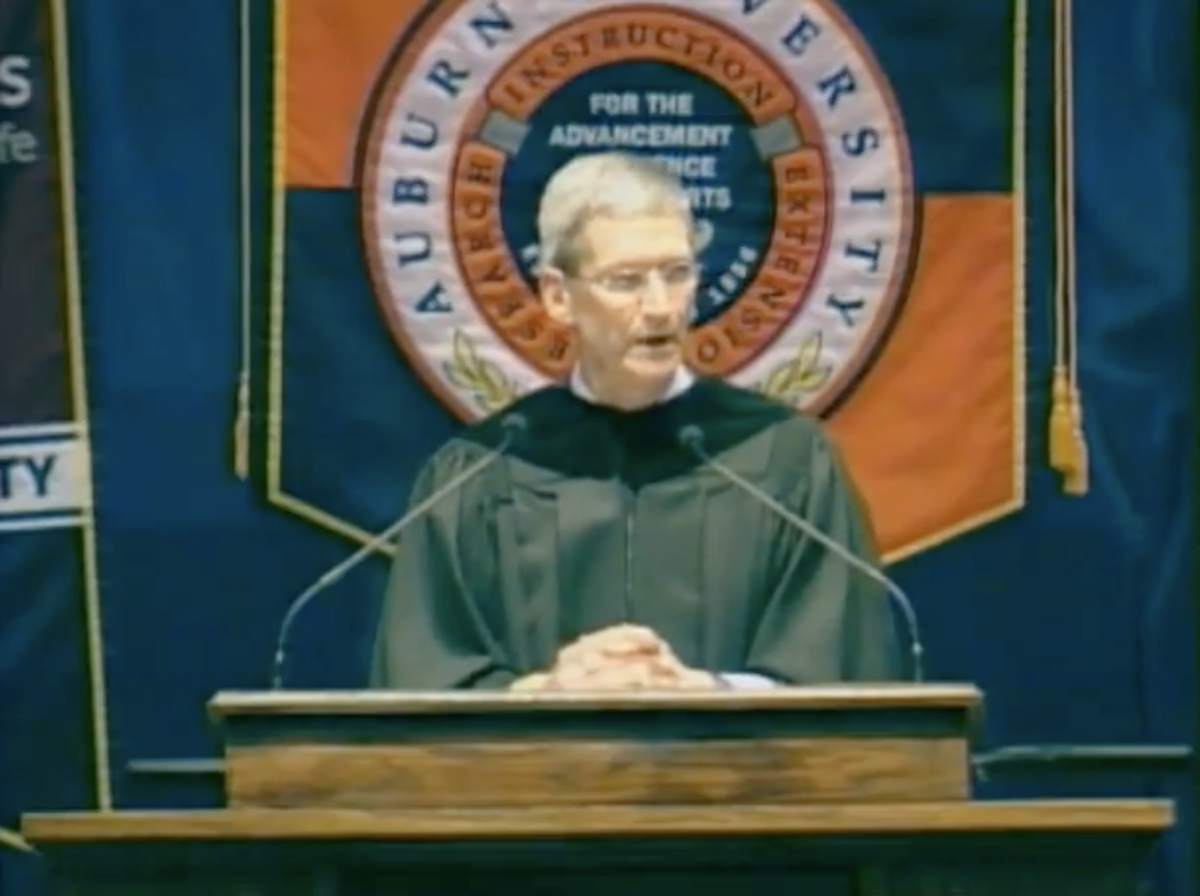 It's hard to think of a bigger bombshell for the tech community than the one dropped last night, when Steve Jobs, the face of Apple, unexpectedly stepped down as CEO. (He will, however, remain an "active" chairman of the company's board of directors.) Though most are unfamiliar with Jobs' replacement, Tim Cook, he's been a major force behind Apple's revitalization over the past decade and a half, and served as the company's chief operating officer since 2007. He's a man who, by all accounts, doesn't have the same flair as Jobs, and has served as a measured counterpoint to the dynamic CEO.

Below we've posted a commencement address delivered by the native Alabaman at his alma mater, Auburn University, in 2010. There he discussed the important role intuition played in his decision to move from Compaq to Apple in 1998. In closing, he noted (with a deliberate, southern cadence): "For the most important decisions in your life, trust your intuition, and then work with everything you have to prove it right."

(Via the Daily Beast)