Bernanke: No treason, no help for Obama

In his anticipated speech, the Fed Chairman delivers a big dud. Message to White House: Don't look for help here 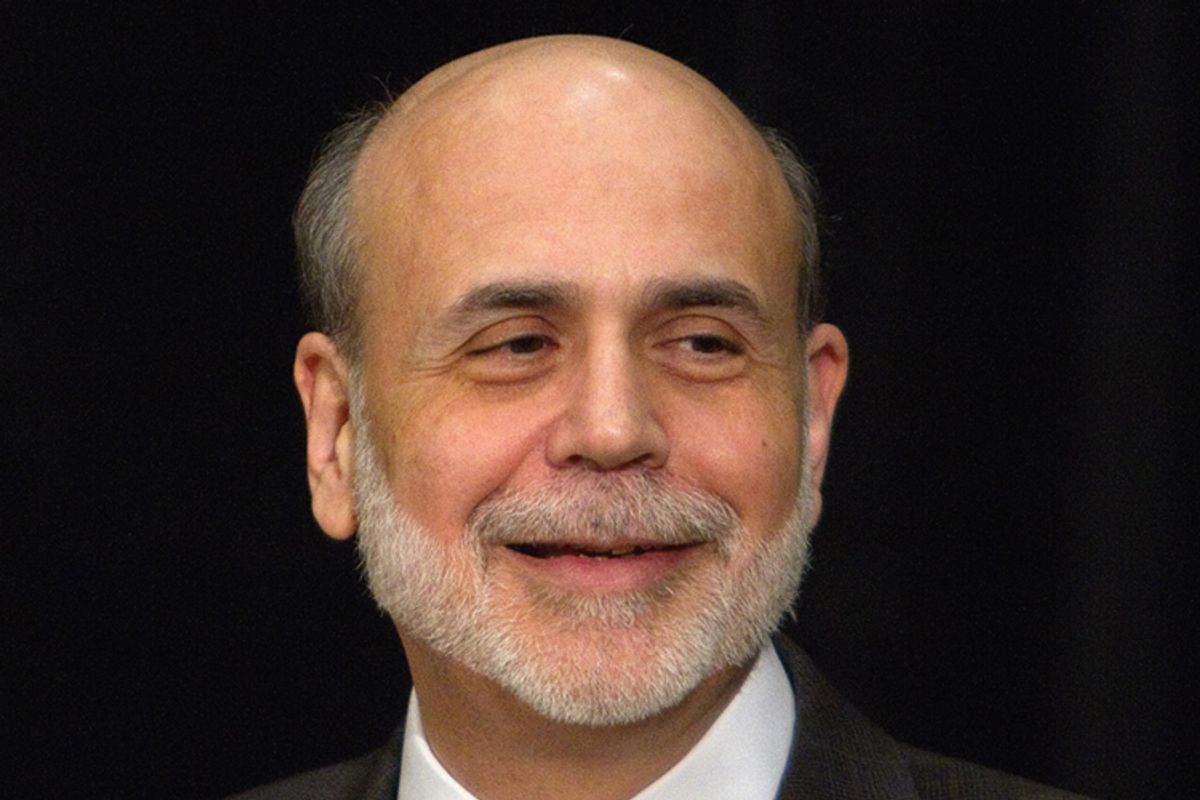 Rick Perry must be feeling mighty satisfied. Two weeks ago, the governor of Texas and presidential candidate declared that any effort by Federal Reserve Chairman Ben Bernanke to use monetary policy to stimulate the economy between now and the election would fall under the category "treason." Today, in a highly anticipated speech that many observers expected to outline some form of action to address the slumping U.S. economy, Bernanke proved himself a true patriot. He promised absolutely nothing.

I've read and watched more Bernanke speeches than I care to remember over the past five years, and I can't think of one that contained less content or meaningful analysis -- aside from a few jabs at legislators for the debt ceiling negotiation fiasco. Not only did Bernanke decline to announce any new initiatives to address the fact that unemployment is still over 9 percent, -- and, according to the latest GDP revision, economic growth for the first half of the year grew  a pathetic .7 percent, he didn't even specify in any detail what the Fed could do if it was so willing. Instead, he pronounced himself "optimistic" as to the long-term growth potential of the U.S. economy.

"It may take some time," said Bernanke, "but we can reasonably expect to see a return to growth rates and employment levels consistent with those underlying fundamentals."

In the meantime, we'll do zip. Not my problem, was the message, loud and clear. I wonder if President Obama is finally regretting his decision to reappoint Ben Bernanke to a second term as Federal Reserve chairman.

The only section of the speech that contained an interesting nugget came in an oblique reference to whether government should be doing anything to spur employment in the short term.

"Normally," said Bernanke, "monetary or fiscal policies aimed primarily at promoting a faster pace of economic recovery in the near term would not be expected to significantly affect the longer-term performance of the economy. However, current circumstances may be an exception to that standard view..."

Bernanke went on to argue that since the "extraordinary high level of long-term unemployment" could be expected to harm the long-term prospects of the economy, boosting jobs now could help later.

Under these unusual circumstances, policies that promote a stronger recovery in the near term may serve longer-term objectives as well. In the short term, putting people back to work reduces the hardships inflicted by difficult economic times and helps ensure that our economy is producing at its full potential rather than leaving productive resources fallow. In the longer term, minimizing the duration of unemployment supports a healthy economy by avoiding some of the erosion of skills and loss of attachment to the labor force that is often associated with long-term unemployment.

Well, yes. So what are you going to do about it, Mr. Chairman?

The answer, today, was nothing.