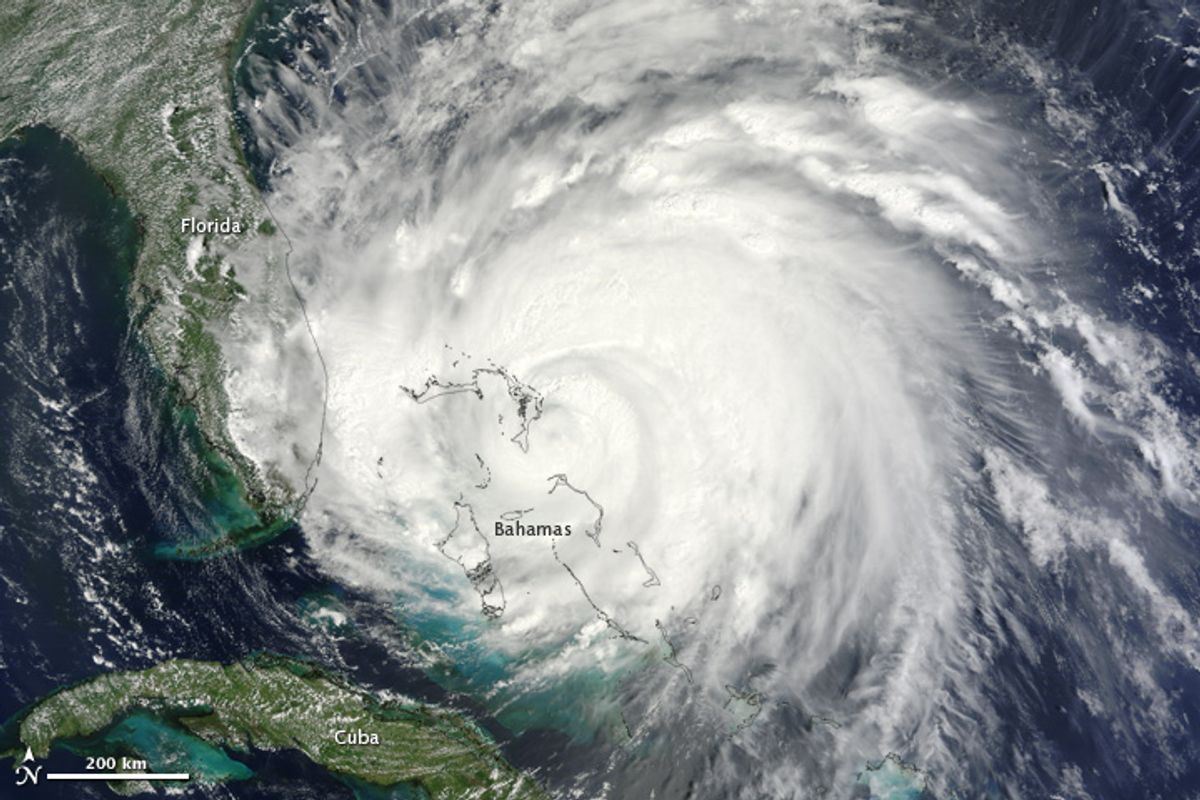 Hurricane Irene is going to hit the United States' east coast this weekend, as you have likely heard. It looks to be a pretty nasty storm, capable of causing billions of dollars of damage. The National Oceanic and Atmospheric Administration has been carefully tracking Irene, forecasting its path up the coast and its intensity. Of course, America's Republican-demanded White House-encouraged austerity budget includes cuts to the NOAA. Cuts that will delay -- by years -- the construction and launch of an extreme weather forecasting satellite. So let's hope there aren't any serious hurricanes in 2016, I guess?

Speaking at the Denver Museum of Nature and Science on a day when the weather forecast warned of possible tornadoes and golf-ball-size hail east of the city, Dr. Lubchenco said there would be a gap of at least a year and a half, and possibly much longer, during which NOAA has no operational satellite circling the planet on a north-south orbit.

The polar-orbiting satellite enables scientists to predict severe storms five to 10 days before they hit.

“Whether the gap is longer than that depends on whether we get the money”— $1 billion — “in the next budget,” warned Dr. Lubchenco, an environmental scientist. “I would argue that these satellites are critically important to saving lives and property and to enabling homeland security.”

This is an old story: Before or after a natural disaster, you can usually find a Republican who wanted to cut funding for departments and organizations that predicted and protected people from said disaster.

Remember when Louisiana governor and poor public speaker mocked the concept of funding for "volcano monitoring" and then a volcano promptly erupted in Alaska? And remember how after Eric Cantor pushed for across-the-board budget cuts for the United States Geological Survey, his district was hit with an earthquake? And remember how the House Republican budget cut funding to the National Oceanic and Atmospheric Administration and then there was an earthquake and tsunami in Japan?

Cutting money for disaster preparedness programs is a really good method of eventually wasting much more money, in the future, than you saved in the present, but that's sort of been the entire Republican spending philosophy for years now, actually.