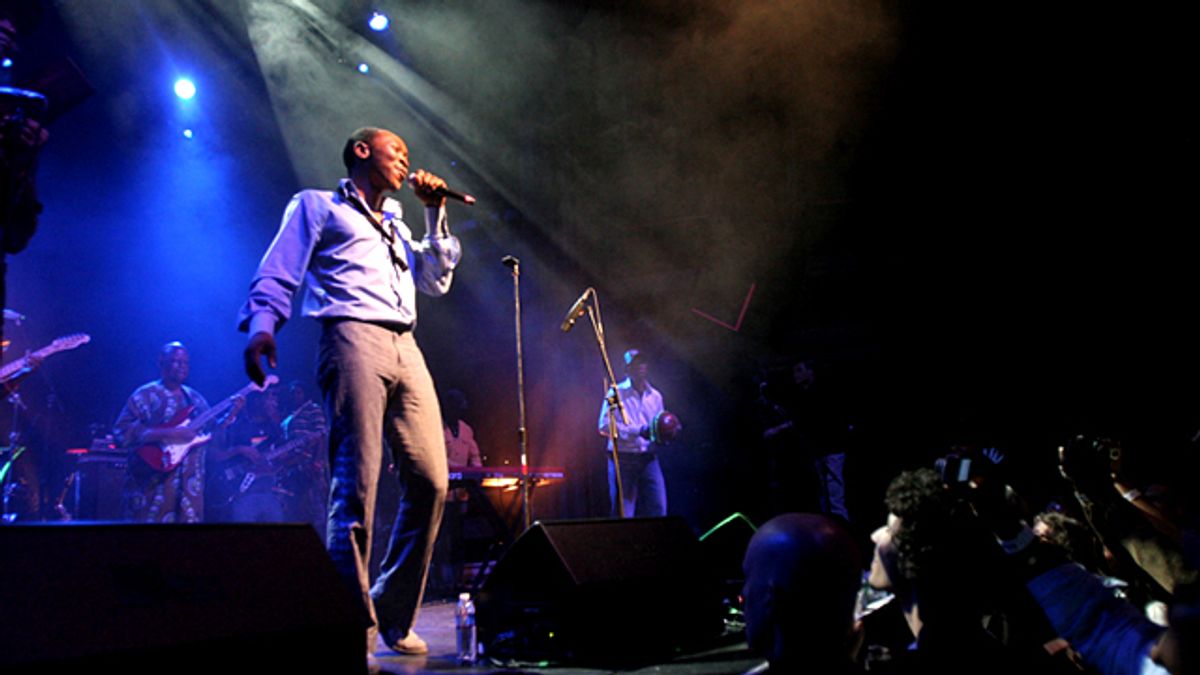 Now he's well on his way to becoming a Nigerian afrobeat pioneer in his own right -- as well as a fiery and energetic performer with a strong social and political conscience. In this episode of Quick Hits, we visit with Seun in Lagos and capture exclusive performances centered around his second album, "From Africa with Fury: Rise."

"Rise" is the title song on Seun Kuti and Egypt 80’s new album. In the Fela tradition of Afrobeat, it’s an angry song – protesting against corrupt leaders and corporations exploiting Africa’s resources. It’s also a big band tour de force, with echoes of James Brown and Miles Davis. Above all, it’s a call to rise against injustice.

This is Seun’s incendiary anthem, but there’s an underlying sadness here, too, as if he knows all too well the suffering his people have endured. The constant refrain: We want a better life but "our stomachs still empty."

As a tribute to his father, Seun Kuti opens his concert with one of Fela’s signature songs, "Zombie," a scathing indictment of the Nigerian army for blindly following repressive orders. This is Afrobeat at its most provocative written by a man who repeatedly challenged the military regime and paid the price in countless beatings and arrests. The older members of Egypt 80 played this dangerous, defiant song with Fela himself.

Seun apologized for being jet-lagged – those Europe to California hauls can wear you out – but he made time to talk with Quick Hits reporter Mirissa Neff before his show at the Regency Ballroom in San Francisco.

Seun recalls playing Fela’s saxophone, comments on the Arab Spring protests, and bemoans the political nepotism and corruption that have frustrated the aspirations of African youth. Then he went upstairs and blew the crowd away with an all-out, sweat-drenched performance. Don’t miss his dance moves at the end. Stripped to the waist, Seun looks more like a soccer star than a bandleader.