It's great that Alan Krueger is a well-regarded labor economist. But that doesn't mean unemployment will fall 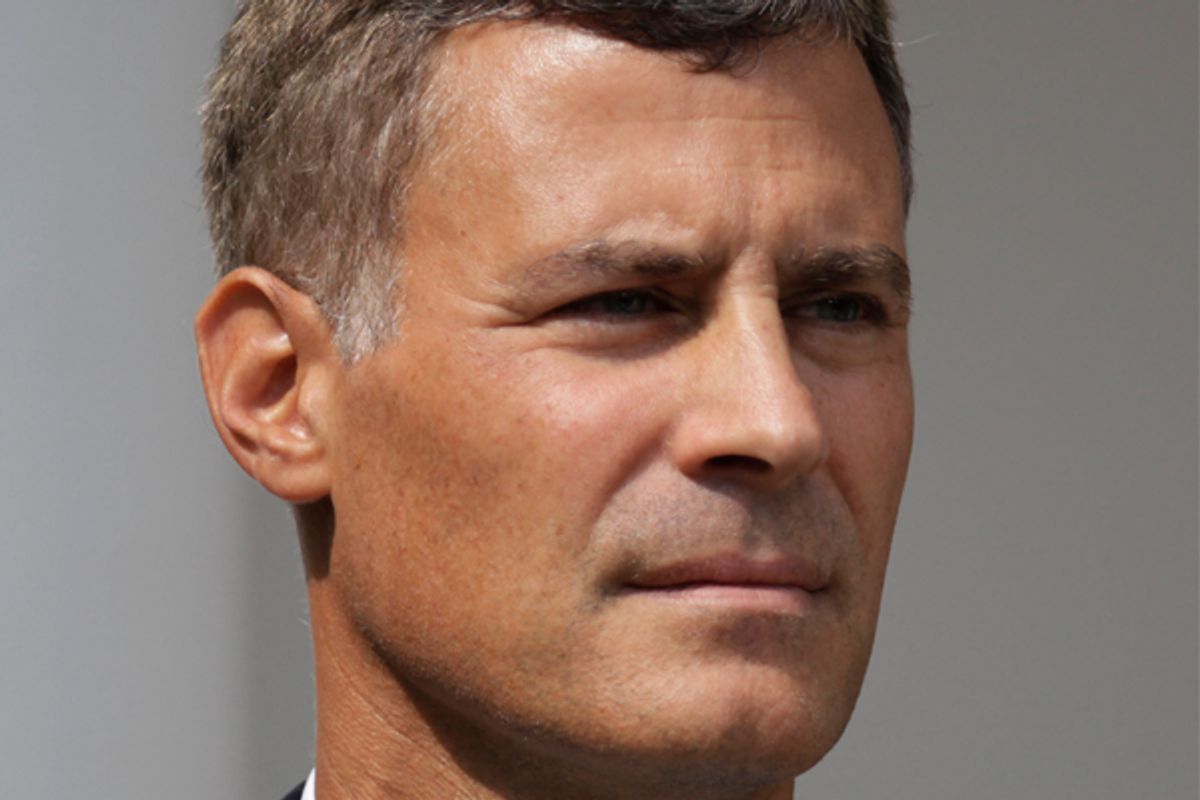 The economists -- right, left and libertarian -- are unanimous: Princeton labor economist Alan Krueger, President Obama's nominee to replace Austan Goolsbee as chairman of the Council of Economic Advisers, is a great choice.

The left appears to like him because his research indicates that raising the minimum wage and allowing greater immigration have only minor negative effects on unemployment. Conservatives are fans, apparently, because he's extremely data driven and not prone to partisan rampage, like some other Princeton economists we could mention. The choice is both obvious -- a labor economist during a time of persistent high unemployment, and, as Ezra Klein notes, incredibly safe: Krueger is a veteran of the Clinton administration who has already served a two-year stint in Tim Geithner's Treasury Department. He collaborated with Larry Summers on his Ph.D. at Harvard -- he is, without doubt, a known quantity.

But what all this means is that the spin that is appearing in some corners, suggesting that Krueger's nomination marks a real shift by the Obama administration to a more aggressive job creation strategy, is perhaps a little overdone. Krueger is the Obama administration -- he represents, probably more than any other possible choice, absolute consistency. Which means no New Deal, but more tinkering around the edges.

And some of his previous tinkering, it has to be acknowledged, did not pan out in his stint at Treasury. Krueger is said to have been heavily involved in the administration's Cash for Clunkers program, which encouraged American car-owners to trade in their beaters for big discounts on new cars. The program encouraged a short-term spurt in car sales, but had no perceivable long-term effect on the car industry -- as many critics predicted from the start, the discounts mostly seemed to steal sales from the future. As soon as the program ended, car sales plummeted.

But as Reuters' blogger Jim Pethokoukis observes, it's probably all moot:

But for good or ill, I don't think Krueger's ideas will have much impact on the Obama White House. Krueger won't even be sitting in the job when Obama rolls out his new jobs plan on Sept. Moreover, it's the political shop running policy right now, not the propellerheads. And the reelection team believes little can be done to alter the economy's path over the next 15 months.

Which is probably true, at least in part because of unrelenting Republican congressional opposition to any Obama jobs initiative. Krueger might be the right man for the job, but that doesn't mean he's likely to have any success lowering the unemployment rate between now and November 2012.