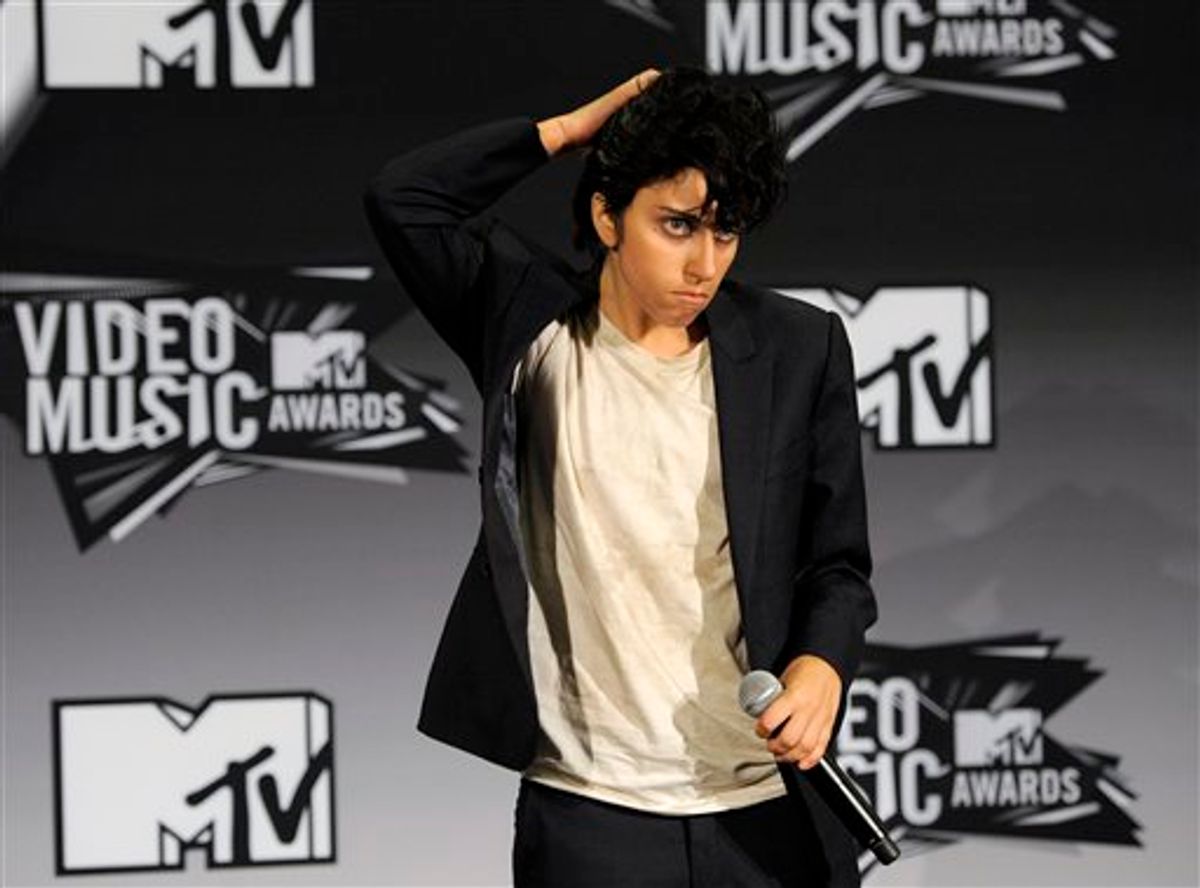 Nobody has ever accused Lady Gaga of being boring. (This is, after all, the same performer who showed up to the Grammys earlier this year ensconced in a giant, translucent egg.) That being said, we're still not entirely sure what to make of Gaga's appearance at MTV's Video Music Awards last night. The pop star opened the show with a monologue and a rendition of her new single. What was remarkable about the performance was that she did it under the guise of her male alter ego, Jo Calderone.