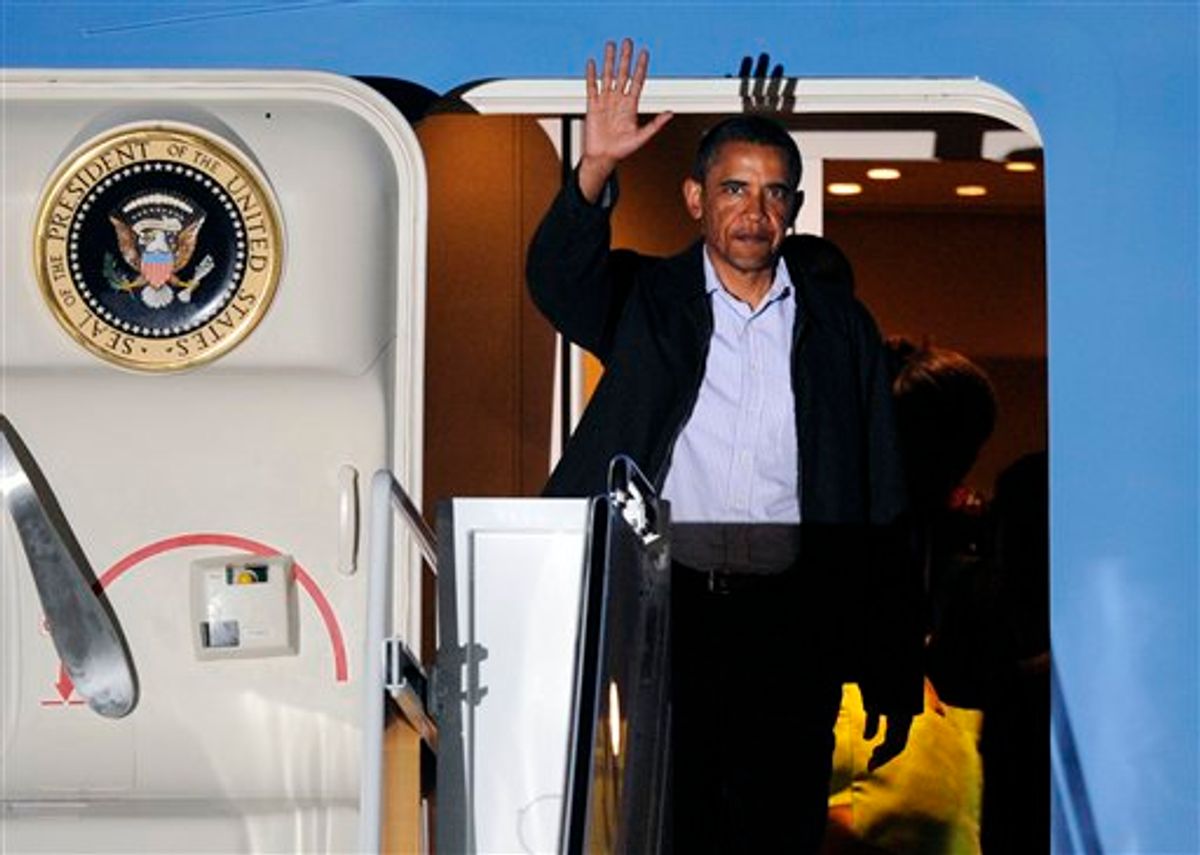 President Barack Obama exits Air Force One at Andrews Air Force Base, MD, Friday, Aug. 26, 2011. The President cut short his Martha's Vineyard vacation by one day to return ahead of of Hurricane Irene. Urging everyone in Hurricane Irene's path to get ready, President Barack Obama decided to cut his vacation short Friday and return to the White House for a storm he described as potentially historic. (AP Photo/Cliff Owen) (AP)
--

Obama will nominate Krueger to head the White House Council of Economic Advisers. If confirmed by the Senate, he would replace Austan Goolsbee, who left the administration earlier this month.

The official spoke on the condition of anonymity in order to speak ahead of Obama's official announcement on Monday.

Krueger's appointment was first reported by the Wall Street Journal.