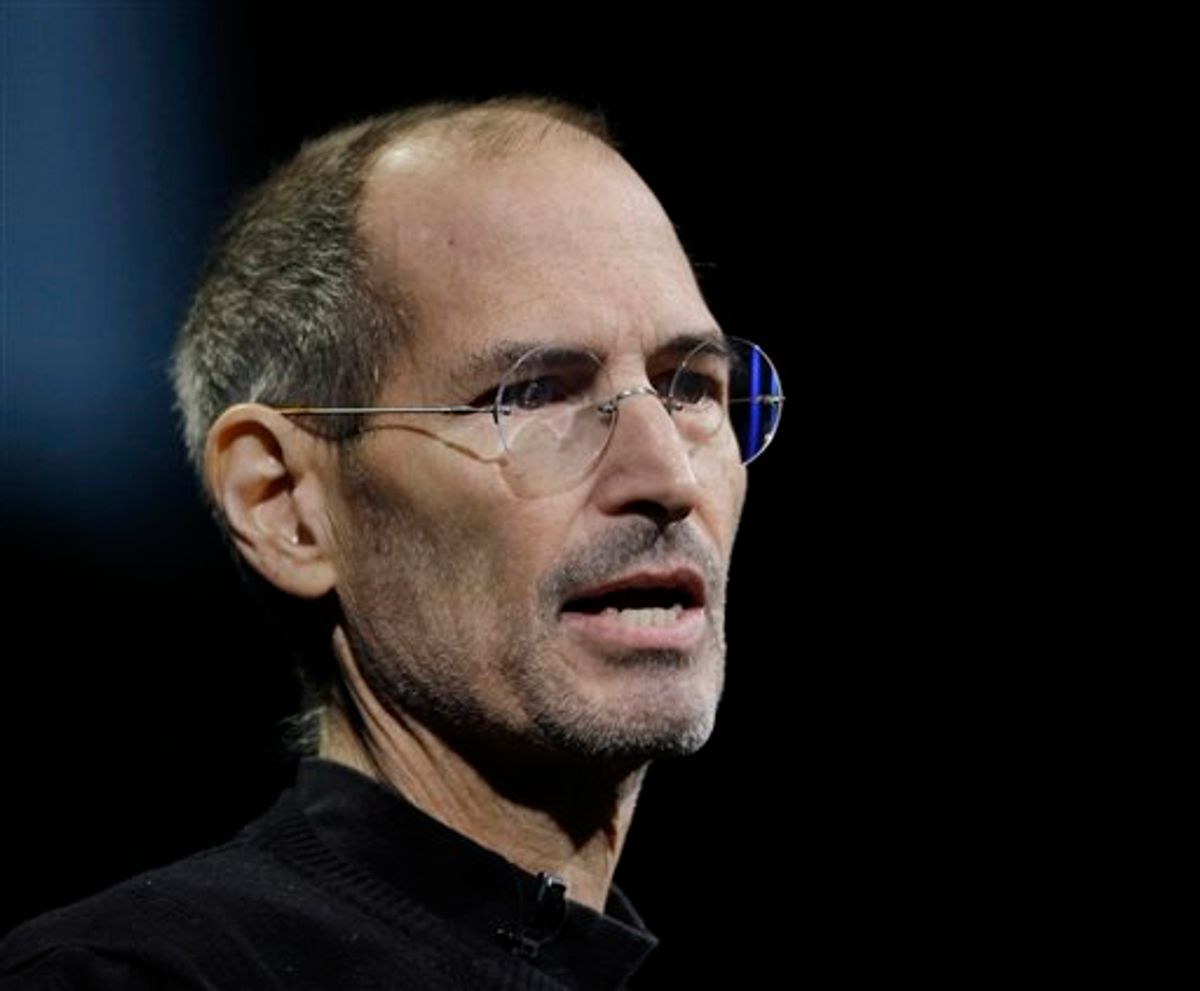 BEIJING, China — As the rest of the world waxes nostalgic with tributes and accolades for Apple’s retiring CEO Steve Jobs, the factory workers in China who got sick while making Apple’s touchscreens remain unmoved.

Six months ago, factory workers in Suzhou poisoned two years ago by toxic chemicals at the factory wrote to Jobs directly, asking for his help in getting medical care and compensation for their illnesses and lost work time.

They never got an answer from Jobs. Two years after the chemical exposure and many months of medical treatment later, they still say they’ve never heard from anyone at Apple directly.

In fact, it took Apple more than a year to acknowledge that 137 workers got sick on the job in 2009 at a components factory run by the Taiwanese electronics supplier Wintek, working under contract with Apple. The Wintek parts factory substituted hexane for alcohol in the manufacturing process to shave time off production of Apple touchscreens, but failed to outfit workers with proper safety equipment.

Dozens fell ill, many were hospitalized for months, and several say they still suffer symptoms of nerve damage, like numb hands and feet, from exposure to the chemical.

While Apple pronounced the situation resolved in its most recent Supplier Responsibility report, former factory workers say those who are still sick can no longer get medical care. Many fear the symptoms might last for years, or return unexpectedly. Medical literature around hexane toxicity is vague, because the chemical is generally well-regulated and basic safety equipment like masks and gloves prevent toxic exposure. Nerve damage is tricky business, though, and can resurface and cause problems for years.

In phone interviews this week, former workers who got sick at the Wintek factory in Suzhou while making touchscreens said they hope Apple’s new chief, Tim Cook, will step up and investigate their situation. They also hope Apple will conduct better audits of its supplier factories and catch problems earlier.

Jia Jingchuan, a factory worker who made the personal appeal to Jobs earlier this year, said he’s not too optimistic. Jia said he continues to have health problems. Because he finally left the factory, he no longer has medical insurance but continues to spent out-of-pocket for supplements to help his nagging health problems.

Jia, who’s not yet 30, came to Beijing this year to see medical experts, and was advised to avoid physical labor.

“Steve Jobs was indifferent to our poisoning and evaded his responsibility,” Jia said in a separate statement released by the Hong Kong labor group Students and Scholars Against Corporate Misbehavoir (SACOM), which called on the new Apple CEO to address the situation.

“There should be policies to protect the poisoned workers and pay the health expenditures for the victims,” Jia said.

Two years after the fact, it seems unlikely Apple will take any further action on the matter. Even the workers affected admit the case is probably closed, even though their health problems linger on.

Wan Qiuying, another worker who got sick at Wintek, said nearly everyone affected has now gone home. The case is behind them, and they don’t think Apple will bring it back up again. She said most workers have recovered and been given some compensation in accordance with Chinese law.

“Jobs retiring doesn't have much to do with our case,” she said. “Nothing happened then, now time has passed, we didn't have expectations.”

“The massive poisoning at Wintek is a serious breach of the labor law and Apple’s code of conduct,” the group said in a statement.

“Corporate social responsibility is no more than rhetoric if there is no remedy to the workers for the code infringement. SACOM demands Apple under the leadership of Tim Cook has dialogue with the workers as soon as possible.”