Sean Hannity demands to know if Obama is stupid

The Fox News host is convinced that our president, not Rick Perry, is actually the dumb-dumb 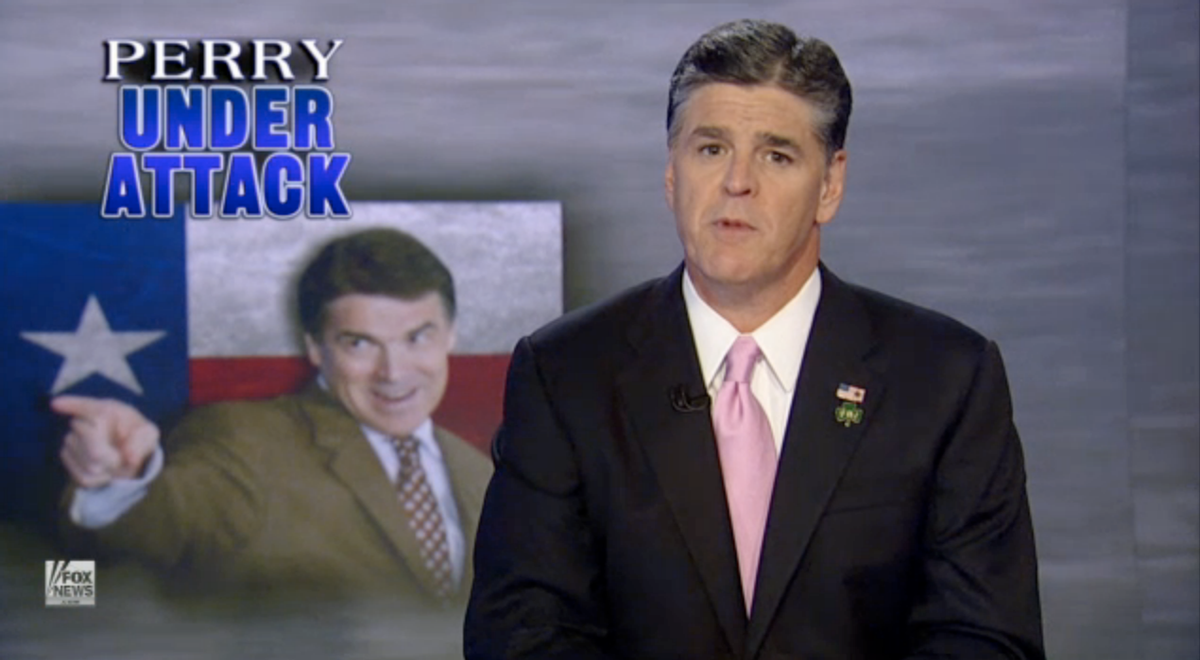 Much of the political commentariat spent yesterday pondering whether or not Rick Perry was a little bit dim -- but not Sean Hannity. The Fox News host, infuriated with what he perceived to be yet another example of liberal media bias, set his sights much higher last evening. What if the president is actually the dumb one, huh?

"If Obama's such a genius, he would've not lost two-and-a-half million jobs. He would've cut the deficit in half, like he promised!" And he never would have mispronounced "corpsman," Hannity exclaims, over and over and over again.