The film producer who returned from the dead

Simon Lewis made "Look Who's Talking" into a hit. Then an accident transformed his life -- and his brain 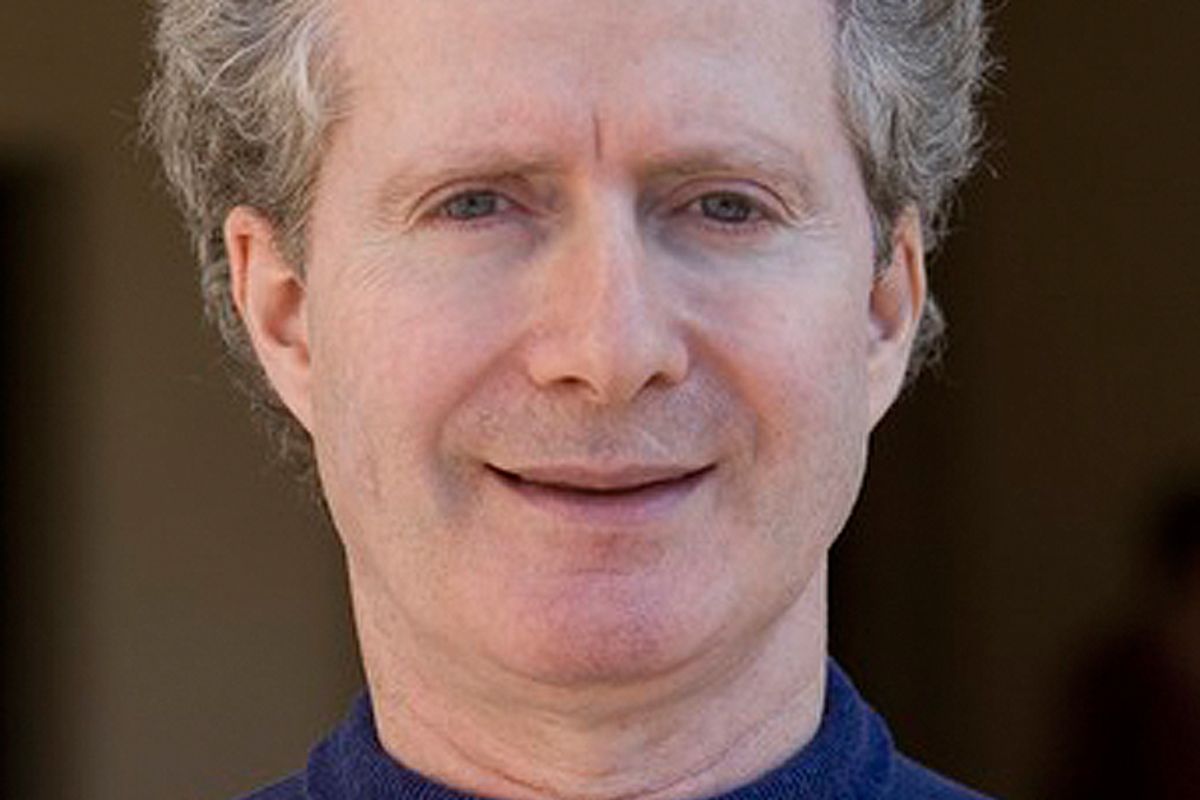 If Simon Lewis' life was a movie, it would seem far too fantastical to be true. In the early 1990s, Lewis was a rising producer in Hollywood, fresh off the success of "Look Who's Talking," the  John Travolta-starring comedy about a talking baby that ended up being one of the top-grossing movies of 1989. Then, Lewis' career came to a sudden end, after a car accident killed his wife, mangled Lewis' body and obliterated a large part of his brain. Against all odds, Lewis survived, and over the course of the past decade, he has largely recovered from near-total memory loss. Now, he's attempting to restart his producing career where he left off, with a fascinating twist.

In a new e-book, "Blindsight," available from the Atavist for Kindle/iPad/iPhone and iPod Touch, Chris Colin, the author of "What Really Happened to the Class of '93" and a former Salon writer and editor, tells the fascinating story of Lewis' recovery -- including its most surprising aspect, the fact that Lewis' brain damage has made him literally incapable of making movies that are either silly or disposable. To find out the details behind Lewis' condition, we called Colin over the phone.

So who exactly is Simon Lewis?

Simon Lewis was a film producer on the ascent in the '80s and early '90s. He was living in L.A., at the time, and not making particularly deep movies -- like "C.H.U.D. II: Bud the Chud." A lot of people would call them schlocky. But he hit it big with this movie that was supposed to be a throwaway comedy and, thanks largely to him, became the biggest hit in Columbia's history at that point: "Look Who's Talking."

Then in 1994, he and his wife went to dinner to celebrate their new car, and they're driving when a van blows through a stop sign in a residential street at 75 mph. Their car flies through the air, slams into a tree and lands in a garden. Simon's wife was killed instantly, and Simon broke everything you could break and lost a third of one of his brain hemispheres. He spent the next decade and a half recovering one piece of surgery after another, but when I met him in 2010 he just seemed like a regular guy.

Shortly after he came out of his coma, doctors figured out that he has a condition that actually allows him to see things with his subconscious. How does that work?

It's a condition called blindsight. If I were to hold up four fingers in front of him he wouldn't see them if they're in his blind area, but if I was later going to ask him how many fingers I had held up, it would feel like guessing to him, but he would say 4. It was something his doctor diagnosed after the accident. Normally we take in visual information through the main neural path, but if this path is damaged, there's this little known backup mode. It's a much more primitive neural pathway that's associated mostly with reptiles and smaller mammals, that allows visual information to go straight to his subconscious. When we're driving home at the end of the long day, for example, we might be talking to someone and then glance up and realize we drove the last 5 miles without noticing. That was our subconscious working.

How common is this?

So why does that make him more strongly disposed to make serious movies?

The way he describes it, it's a sieve, because the subconscious only accepts certain kinds of information. It's not provable medically, but he would say that if he's given superficial information about something, it might not register. The only things that resonate within the subconscious are things of substance. So for a filmmaker that has interesting implications. The first being that "C.H.U.D. II" is no longer going to appeal to his subconscious. So he has a medical reason for making deep movies.

What does this tell us about the human brain?

We know so little about the brain; neuroscientists are just starting to discover how plastic the brain is. He was in a Glasgow 3-level coma for a month, and when he woke up, he didn't know what tall and short were. And now he's become a genius again. I mean, he reads articles on quantum mechanics for fun.