FEMA disaster declarations set a record in 2011. The right cries socialism, but global warming is the real culprit 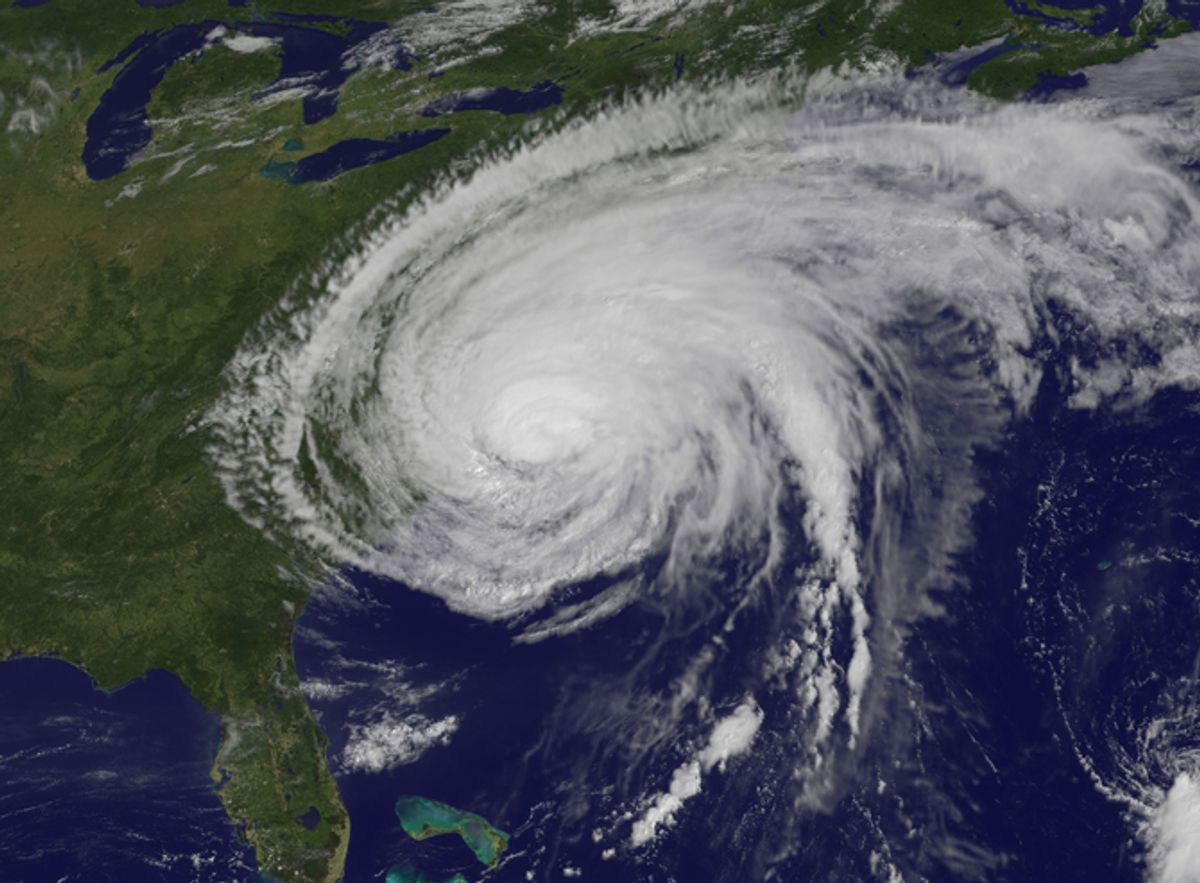 By the end of August 2011, President Barack Obama had already made 181 FEMA disaster declarations, solidly smashing the record 157 declarations made by Bill Clinton in 1996.

For some on the right, it's all about the relentless expansion of Big Government -- the "federalization of fairly routine disasters," as Matt Mayer, the president of the conservative think tank Buckeye Institute for Public Policy Solutions, wrote in a blog post for the Heritage Foundation website.

We can leave it to residents of Vermont to decide whether the flooding in the aftermath of Hurricane Irene qualifies as "routine" or not, but there's also another explanation: 2011 has been a banner year for disasters, period. By mid-year, according to the National Oceanic and Atmospheric Administration, 2011 was already one of the most extreme -- and costly -- years on record. And that was before Hurricane Irene.

Just shy of the halfway mark, 2011 has seen eight $1-billion-plus disasters, with total damages from wild weather at more than $32 billion, according to the National Oceanic and Atmospheric Administration. Agency officials said that total could grow significantly, since they expect this year's North Atlantic hurricane season, which began June 1, will be an active one.

And what holds for the U.S. is equally true for the globe:

Natural disasters across the globe have made 2011 the costliest on record in terms of property damage, and that's just six months in, according to a report released Tuesday by a leading insurer that tracks disasters....

The first six months saw $265 billion in economic losses, well above the previous record of $220 billion (adjusted for inflation) set for all of 2005 (the year Hurricane Katrina struck), according to Munich Re, a multinational that insures insurance companies.

Earthquakes and tsunamis aside, Munich Re has a pretty straightforward theory to explain what's going on:

"It can only be explained by global warming," said Peter Hoppe, who runs the company's Geo Risks Research/Corporate Climate Center.

If global warming explains the rising incidence of extreme weather events and correlated FEMA disaster declarations, the U.S. government is headed for more budget trouble in years ahead. House Republican Majority Leader Eric Cantor made waves this week when he demanded that any government spending on disaster relief be met by offset cuts elsewhere in the federal budget. If Republicans hold to this line in the future, than the increasing costs associated with future extreme weather events will require a steadily shrinking government spending on other priorities.

No wonder the right doesn't want to take any action to stop climate change -- it's the killer app for wiping out Medicare and other entitlements!