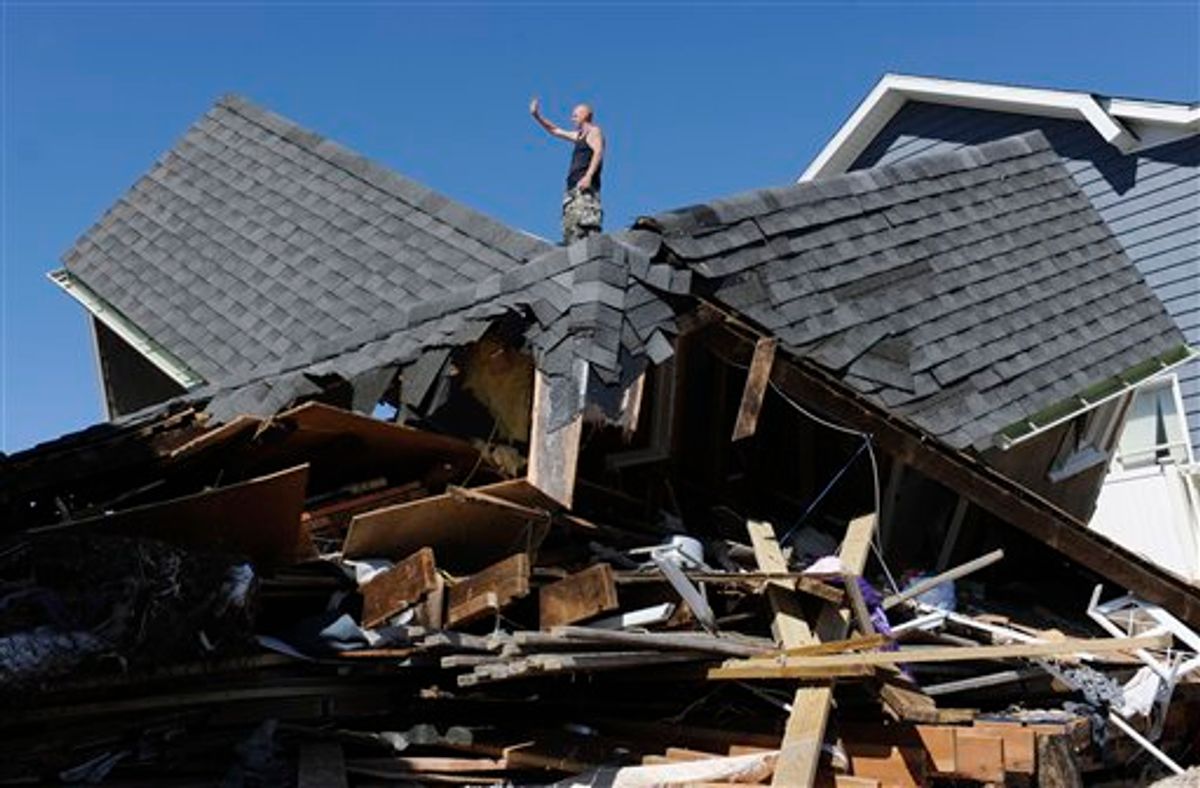 The government's main disaster aid account is running woefully short of money as the Obama administration confronts damages from Hurricane Irene that could run into billions of dollars.

With less than $800 million in its disaster aid coffers, the Federal Emergency Management Agency has been forced to freeze rebuilding projects from disasters dating to Hurricane Katrina to conserve money for emergency needs in the wake of Irene. Lawmakers from states ravaged by tornadoes this spring, like Missouri and Alabama, are especially furious.

The shortfalls in FEMA's disaster aid account have been obvious to lawmakers on Capitol Hill for months -- and privately acknowledged to them by FEMA -- but the White House has opted against asking for more money, riling many lawmakers.

"Despite the fact that the need ... is well known," Reps. Robert Aderholt, R-Ala., and David Price, D-N.C., wrote the administration last month, "it unfortunately appears that no action is being taken by the administration." The lawmakers chair the panel responsible for FEMA's budget.

FEMA now admits the disaster aid shortfall could approach $5 billion for the upcoming budget year, and that's before accounting for Irene.

As a result, funds to help states and local governments rebuild from this year's tornadoes, as well as past disasters like hurricanes Katrina and Rita and the massive Tennessee floods of last spring, have been frozen. Instead, FEMA is only paying for the "immediate needs" of disaster-stricken communities, which include debris removal, food, water and emergency shelter.

"Going into September being the peak part of hurricane season, and with Irene, we didn't want to get to the point where we would not have the funds to continue to support the previous impacted survivors as well as respond to the next disaster," FEMA Administrator Craig Fugate told reporters at the White House on Monday.

Republicans controlling the House and the Democratic-controlled Senate may be headed toward a battle over whether to cut spending elsewhere in the budget to pay for tornado and hurricane aid.

A top leader in the tea party-driven House says that chamber will find those offsetting spending cuts. The Senate, however, is likely to take advantage of a little-noticed provision in the recently passed debt limit and budget deal that permits Congress to pass several billion dollars in additional FEMA disaster aid without budget cuts elsewhere.

"We will find the money if there is a need for additional money," House Majority Leader Eric Cantor, R-Va., told Fox News on Monday. "But those monies are not unlimited, and we have said we have to offset that."

But Sen. Dick Durbin, D-Ill., who presided over a recent hearing on disaster costs, says the number and cost of disasters have grown dramatically over the past few years.

"If (Cantor) believes that we can nip and tuck at the rest of the federal budget and somehow take care of disasters, he's totally out of touch with reality," the No. 2 Senate Democrat said Tuesday.

FEMA estimates that the request still left the disaster fund short by $2 billion to $4.8 billion for the upcoming fiscal year. Those are figures the agency provided to Congress this spring -- before Irene or the tornadoes that destroyed huge swaths of Joplin, Mo., or beat up the South.

With recovery operations from Irene still in the early stages, FEMA spokesman Rachel Racusen said it is too early to know whether that projected shortfall has increased or by how much.

"It's just too soon to know what any uninsured losses will be," Racusen said.

"Even though the president himself said that we are going to do everything we can to help these communities rebuild, the rhetoric has not matched reality, and the Disaster Relief Fund is running out of money," Aderholt said.

The likely vehicle for replenishing the disaster account is the homeland security spending bill for the budget year beginning Oct. 1. The House passed the measure in early June, but the Senate has yet to act.

"It's too early to tell what the damage assessment will be and what next steps may need to be taken," said Meg Reilly, a spokeswoman for the White House budget office.

It's hardly the first time that longer-term rebuilding projects like schools and sewer systems have been frozen out to make sure there's money to provide disaster victims with immediate help with food, water and shelter. But it's frustrating to communities like Nashville, Tenn., which is rebuilding from last year's historic floods.

The Obama White House is just the latest administration to lowball disaster relief requests. Over the past two decades, Congress has approved $130 billion for FEMA's disaster account. But the bulk of that money, $110 billion, has been provided as emergency funding in addition to the annual budget.