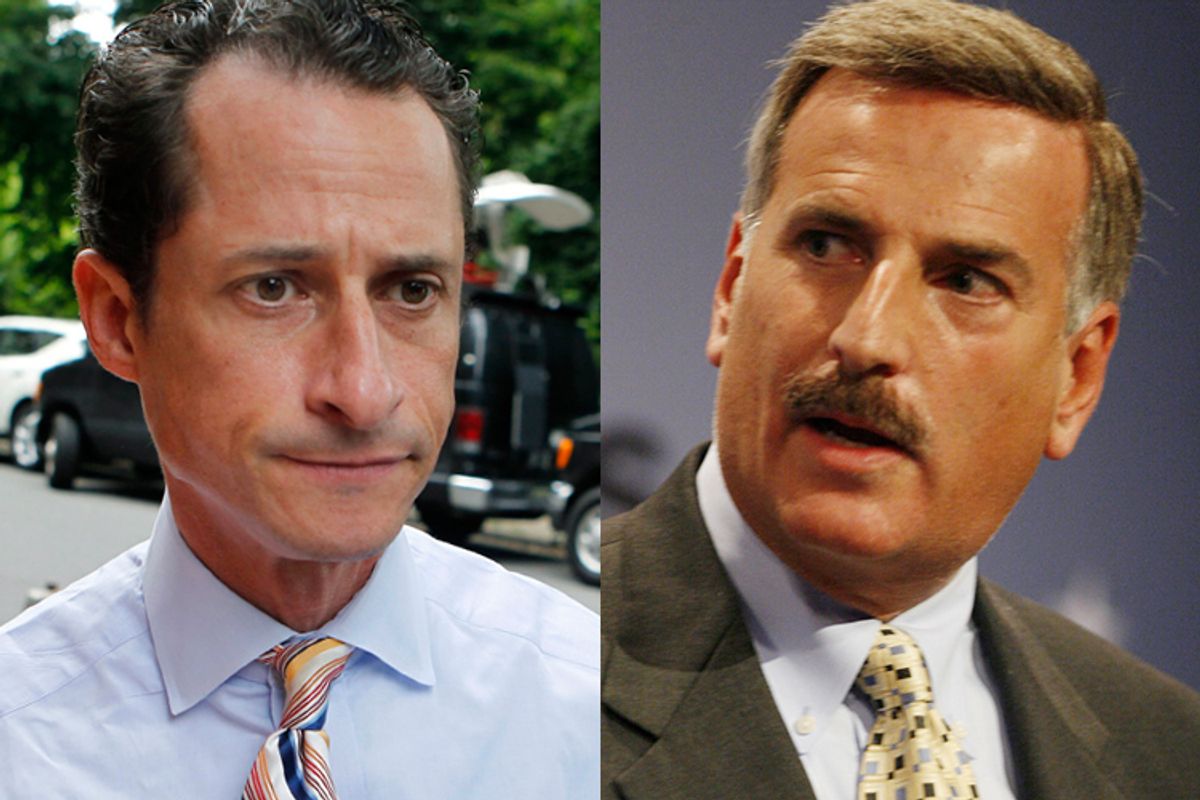 He accidentally said the national debt was "4 trillion" instead of $14 trillion. Yesterday he pulled out of a debate with his Republican challenger at the last minute. Weprin blamed Hurricane Irene. His opponent, Republican Bob Turner, mocked him.

Anthony Weiner enjoyed being a shouty liberal on your television but his (very oddly shaped) congressional district was a lot whiter and a bit older than a lot of the rest of New York City. NY-9 is reliably Democratic -- Obama won it with 55 percent of the vote -- but its largely Jewish and Italian neighborhoods also largely voted for independent Mayor Michael Bloomberg over his Democratic challengers.

A Siena College poll shows Weprin up 48 percent to 42 percent, which is a poor showing in a district where Weiner regularly received upward of 60 percent of the vote. National Republicans are not sending Turner much money right now, but if Weprin descends into a proper meltdown that will surely change.

A Republican winning a non-Staten Island congressional district in New York City would be a very unmistakable sign that the Democratic Party is in serious trouble. A Republican victory is still unlikely, and it'd be largely because David Weprin has turned out to be a bad candidate, but in an average year, a distinctly terrible Democratic candidate would still win Anthony Weiner's seat without much trouble.

Of course, the district may not even exist next year, thanks mostly to Weiner. New York State lost two districts, and one of New York City's districts will likely be given up along with one of upstate's Republican districts. So if the Democrats do blow this one, there's an easy out.