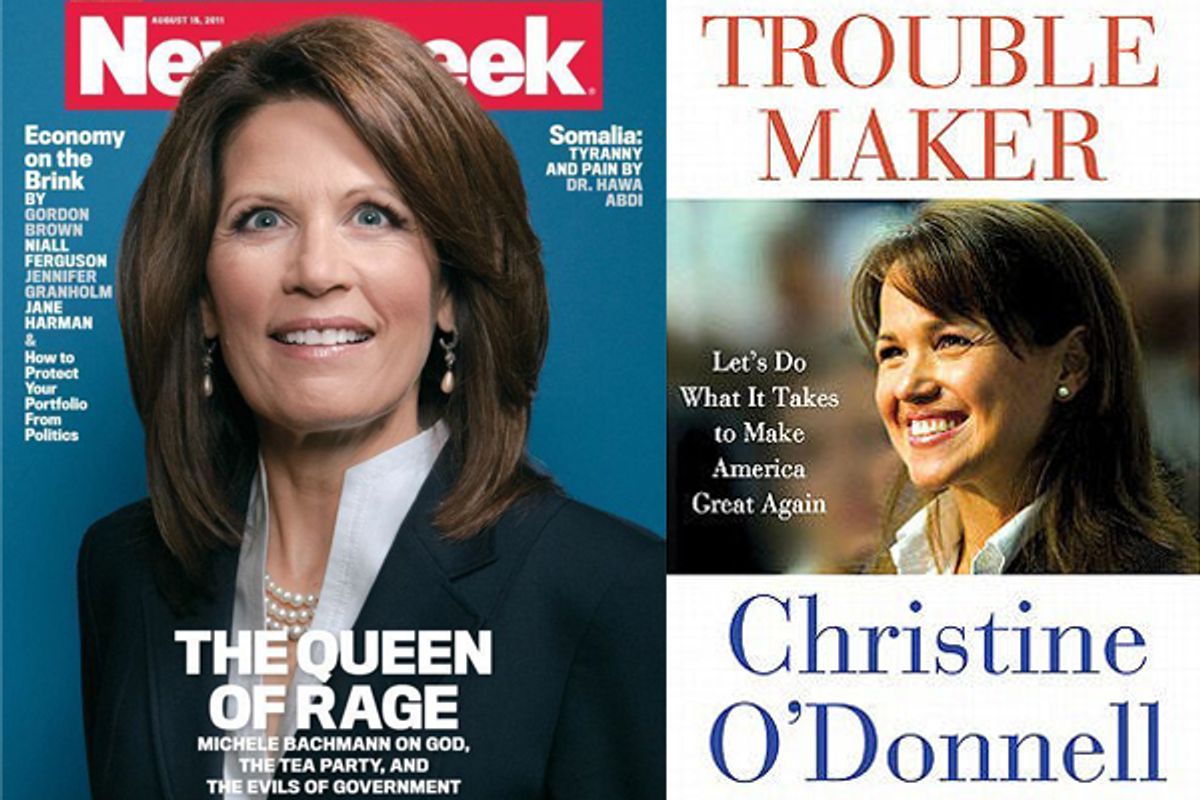 The liberal media will never lose their obsession with the photogenic crazies of the conservative movement, but there are a few hints (enough for a trend piece) that the public at large is getting a bit sick of them. (The outlier is Rick Perry's poll numbers.)

The Newsweek Michele Bachman cover posted newsstand sales no higher than most other Newsweek covers. The "crazy eyes" cover moved 47,225 copies, according to Newsweek, though AdWeek says other industry sources say it sold somewhere between 35,000 and 48,000. Is that good? Well, "the magazine's single copy sales averaged 46,561 per issue in the first half of 2011."

We are talking only about newsstand sales, not total circulation, but this does mean that Bachmann's incredibly controversial and very buzzy crazy eyes did not "move the needle," as annoying people say. Of course, the actual article about Bachmann, inside of the eye-grabbing cover, was pretty bland. But since when does the quality of the journalism have anything to do with newsstand sales?

(Ad pages are also down, but that doesn't have much to do with Bachmann.)

Meanwhile, Christine O'Donnell, the famous non-witch who lost a Senate race after improbably winning a GOP primary, is traveling the country promoting her inevitable book about the time she didn't win an election. According to Fort Myers News Press (via Wonkette) the tour is not drawing massive crowds, even in conservative Naples, Florida.

Still, O’Donnell took the turnout of five people — members of the media outnumbered customers — at Barnes & Noble in stride.

“God bless you, Tom,” she told Tom Bruzzesi of Fort Myers, who said he’s launching his own presidential campaign.

“Thank you for coming out today,” O’Donnell said to Louise Campo of Naples. “She interests me. She’s very conservative,” Campo said.

O’Donnell, a Christian, then politely turned down a request from a young man who asked her to sign his book on demonology instead of a copy of her book.

This after a publicity blitz that notably included kicking herself off of Piers Morgan's CNN show. (And now O'Donnell's been disinvited, again, from a Tea Party Rally that is supposed to feature Sarah Palin.)

All this after Sarah Palin -- the barometer of how America is receiving vacuous avatars of cultural resentment masquerading as Republican politicians -- saw her much ballyhooed documentary open to weak numbers and quickly end up on DVD.

The last use any of these people have is as boogeymen with which to terrify liberals.

(Except for Rick Perry. That crazy corrupt jerk could end up president if we're not careful.)