Can we trust inexperienced kids to cover the endless horse race as predictably as the seasoned pros? 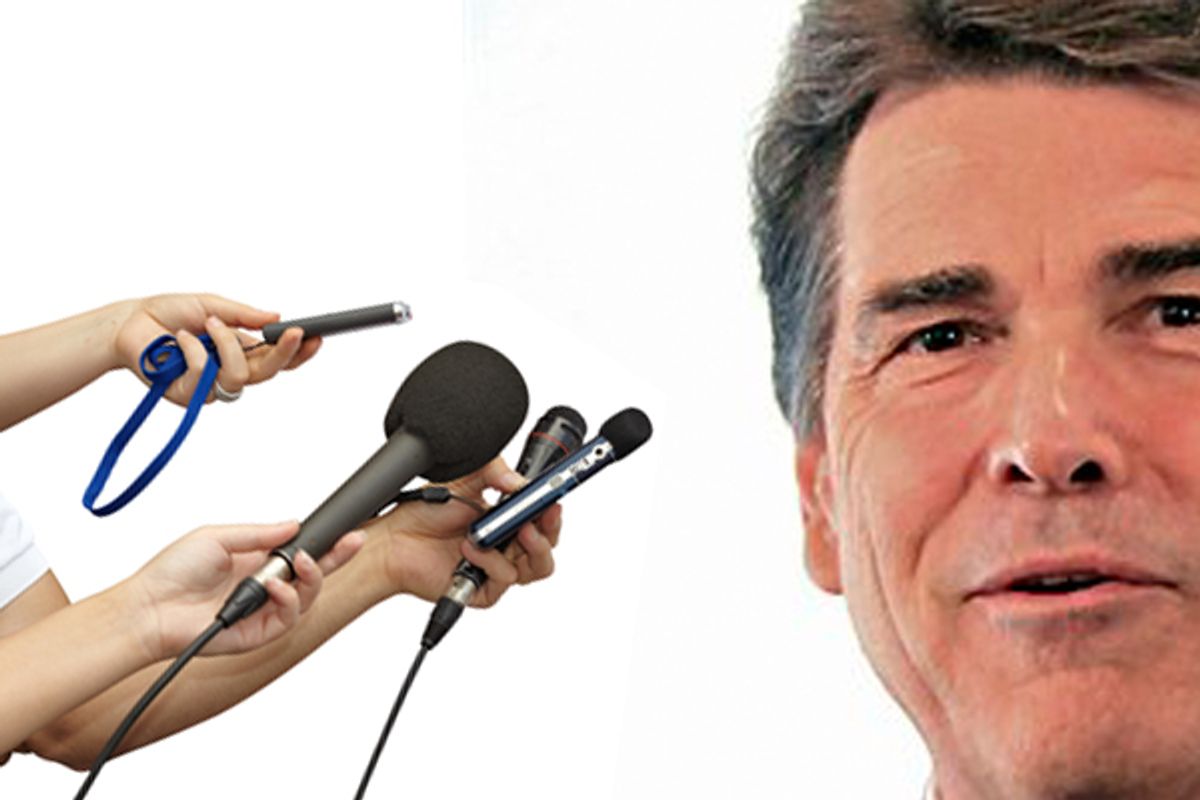 A disturbing report from the New York Times: News organizations are sending mere 20-somethings to cover presidential campaigns. Kids, practically! Fresh out of college, and suddenly thrust into the most important journalism jobs in the nation, besides traffic and weather.

Covering presidential campaigns is traditionally done by experienced professional journalists, because writing down what candidates and their flacks say is very difficult and challenging work. But CBS and the National Journal have formed a "reporting team" made up of 23-year-olds who will work for gas money and iTunes gift cards and sent them out on the trail.

Thankfully their grown-up handlers are making sure to waste whatever benefit they might've received from sending young journalists with fresh perspectives to cover over-reported quasi-events by instructing these kids to act exactly like their stodgy older counterparts:

At National Journal and CBS News, reporters must attach the suffix “CBSNJ” to their Twitter account names and have been directed to talk to their editors before they send out a Twitter blast.

“If Jon Huntsman drops out of the race, we want to know back at the news desk,” Caroline Horn, senior producer of politics for CBS News, told them. “We don’t want to find out about it on Twitter.”

No tweeting anything interesting! My god, can you imagine what might happen if you tweeted something that didn't go through an editor first? People might have some slight interest in following your reporting on Twitter!

The lesson here is that daily campaign trail reportage for traditional objective newspaper articles and TV stories is so purposefully brainless that a robot trained in stenography (or the contemporary equivalent, a journalism school graduate) could and in most cases probably should do it. Some people will probably get outraged at this debasing of the noble profession of political reporting, but I can't imagine that these "kids" could possibly be any more banal than the superstars who file a dozen identical stories from the same Iowa prayer breakfast or whatever. (In "The Boys on the Bus," remember, the reporters never actually put their good campaign stories in their newspapers.)

And the other lesson here is that the media have joined the rest of American industries and decided to turn once comfortable lifelong careers into underpayed glorified temp positions for a generation of permalancers.

(I'm also reasonably sure I read this exact same story -- campaign trail newbies don't know what they're in for! -- in 2008, but it was about "bloggers" and not people hired by proper news organizations with lots of money.)