I never thought I'd see him after we parted 13 years ago. Would my husband be OK if we reconnected? Would I? 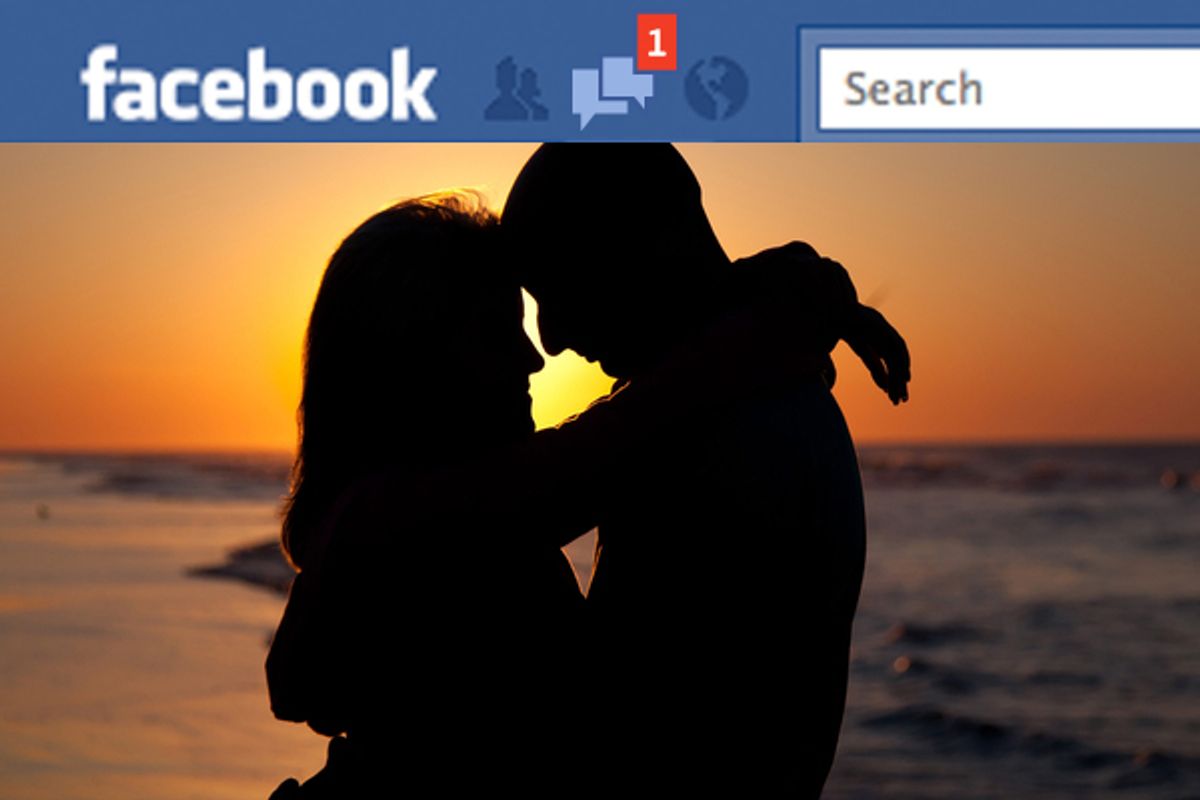 Two innocuous words on their own, but unsettling when read in a computer screen subject line, sent from a former lover. Of course, I remembered him. In the era before email and text messages, when physical interaction was the most direct form of communication, he caught my waist as I moved across a room. He caught my waist and whispered, "You are so hot."

It was John Edwards' undoing, and it was mine.

When I received his Facebook message 13 years later, it shook me. I read two words, but I remembered an entire essay of details. His tan body, the lingering scent of cologne on my pillowcase, Sarah McLachlan on repeat, a cream-colored sweater, and waves breaking along the surf.

"Now there's a name I haven't heard in a million lifetimes," I typed. As an afterthought, I added, "How are you?" but it seemed inadequate.

We shared a night backlit by the glow of a South Carolina moon. There was an early morning sunrise, too. He was headed to California for a career in law enforcement, and I was preparing for social work in Ohio.

If it had been a Hollywood movie, he would have stayed. Or I would have gone with him. Or we would have agreed to meet a year later on the top of the Empire State Building. At the very least, I would have given him my telephone number.

The beauty of a brief affair is its ability to exist as a single, unique memory. No money discussions or arguments about housecleaning. No family tension, or scheduling, or indignities of sharing a bathroom. There is no slow recognition of incompatibility, gnashing of personalities, or fade into dissolution. The one-night stand is the perfect moment -- a self-contained little pocket of intense emotion, as lovely and fleeting as lilac season.

I intended mine to stay that way, but I could never have predicted the power of Facebook. The Internet and its search tags change the rules of short, romantic affairs. In a world of instant accessibility where a Google search can yield a full biography, he was unable to stay faded into the far corners of my memory, and I was unable to keep that lovely night untarnished.

After returning his friend request, I learned that he married a stunning wife and was father to two young children. He appeared to live in a new state, in a new house with a neatly landscaped yard. According to photos, he had a dog. He made sports references, and he ran a marathon. Older, thinner hair, but his physical outline was the same. If I saw him on the street, I would experience a flash of familiarity and think "he looks good -- like someone I used to know." He and his wife vacationed in Hawaii. They both smiled a lot

I imagine he scrolled through my own photos: falling off a mechanical bull, wedding day, standing on a boat, Halloween costumes. I returned information in kind. My husband is a musician. I am a writer. I live in Maine. I also have a dog. I went to Hawaii, too. Declarative sentence after declarative sentence, it felt like a grammar school book report.

We shared statistics that defined us, but there was no social script to tell him how meaningful that one night was to me, or that I wanted to keep it pristine and shiny in my mind -- a treasure for my dotage. From a distance, like an Impressionist painting, a brief affair is exquisite. Upon close inspection, it gets blurry and disconnected. It is foolish to poke at perfection, to stand directly in front of a Monet and expect any glimpse of clarity.

I wanted to remember the tone of the conversations, the jokes, the intensity of our attraction and the absolute need to squeeze every emotion of my best self into the span of hours -- his face close to mine and the way his tall frame folded into my passenger seat. I did not want to picture this man splashing with two babies in a backyard pool, married to another woman, and driving a van or SUV.

"You," he predicted that night, "are going to be one of those people who does amazing things."

He whispered this and said goodbye.

My heart hurt when I closed the door behind him, and I constructed an image of his life handcuffing bad guys and walking them to jail with a confident swagger. I thought of his neck, sweaty under the California sun. He planned to save the world on secret missions, straight-shouldered with officer presence, and I wondered if he ever felt scared when he drew his gun. I thought of his eyes, big and brown. He was the first man to make me feel sexy.

Now we were exchanging notes every few weeks or so, and the experience was surreal. I learned more about this man through social networking than I ever knew face to face. He wore lots of polo shirts. He leaned into group photos with a seeming self-consciousness, standing slightly apart from others.

In our polite email exchanges, neither of us mentioned Sarah McLachlan. It was like meeting a brand-new person, a work colleague or friend of a friend, and the small talk felt awkward and stilted. My friend list had sections for work, family, buddies and fans, and I was unsure how to categorize him because none of the descriptors fit.

Neither of us mentioned the circumstances of our meeting until one day, he did.

"That night was very special to me, you know."

I agreed, and then he recalled the sound of waves. I closed my eyes after I read his words.

"Yeah?" I wrote without telling him that I remembered, too.

We planned to be in the same city at the same time, and with my husband's blessing, I met him for a drink that turned into dinner. The conversation was witty and quick. We joked about our foolishness.

"Did you really consider me a girlfriend?"

"Why did you get on that plane?"

"Why didn't you give me your telephone number?"

We talked about turning left instead of right, the impact of the smallest decisions, and how timing is everything. I saw an ease about him in midlife that was absent in his youth, and I was happy to know circumstance had treated him well. I watched him eat, and I tried to picture myself as his wife, his mistress or even his daily friend. I tried to imagine him enjoying frigid, rocky Maine winters or me thriving in his sunny suburban landscape. Would he tolerate my habit of leaving filthy tea mugs in random places? Could I live with his sports channel blaring in the background?

As I learned more details, there was little substance between us, even for fantasy. While our night together felt ideal, the realities of his present existence did not attract me, and I got the distinct impression that he was equally unimpressed with the realities of mine. I liked this man immensely, but I had very little in common with him.

We laughed at ourselves, and when my hand brushed his, he noted, "You had the most amazing touch."

In the retelling to my husband, I debated the importance of these details. I debated levels of intimacy, accuracy of recollection, the pieces that dipped into transgression, and pieces that were OK. The conversation felt benign. The touch felt like transgression. When he left the second time around, there were no vague promises of contact, but unlike the last time, we could easily find a version of ourselves on the Internet, any hour, day or night.

I hope, should he ever read this essay, he'll understand why I adjusted my friend list. The connection we shared was decades old, and it was delicate even then. I said goodbye at the door with all my questions answered, and I came home to my husband and his remarkable gift for pragmatism. "I suppose if I was foolish enough to let a woman like you go, I'd regret it on some level for the rest of my life," he said.

Shonna Milliken Humphrey is the author of "Show Me Good Land" (Down East Books, 2011).