Why we should give remakes a chance

Spike Lee and Martin Scorsese are re-doing films widely considered to be classics. You got a problem with that? 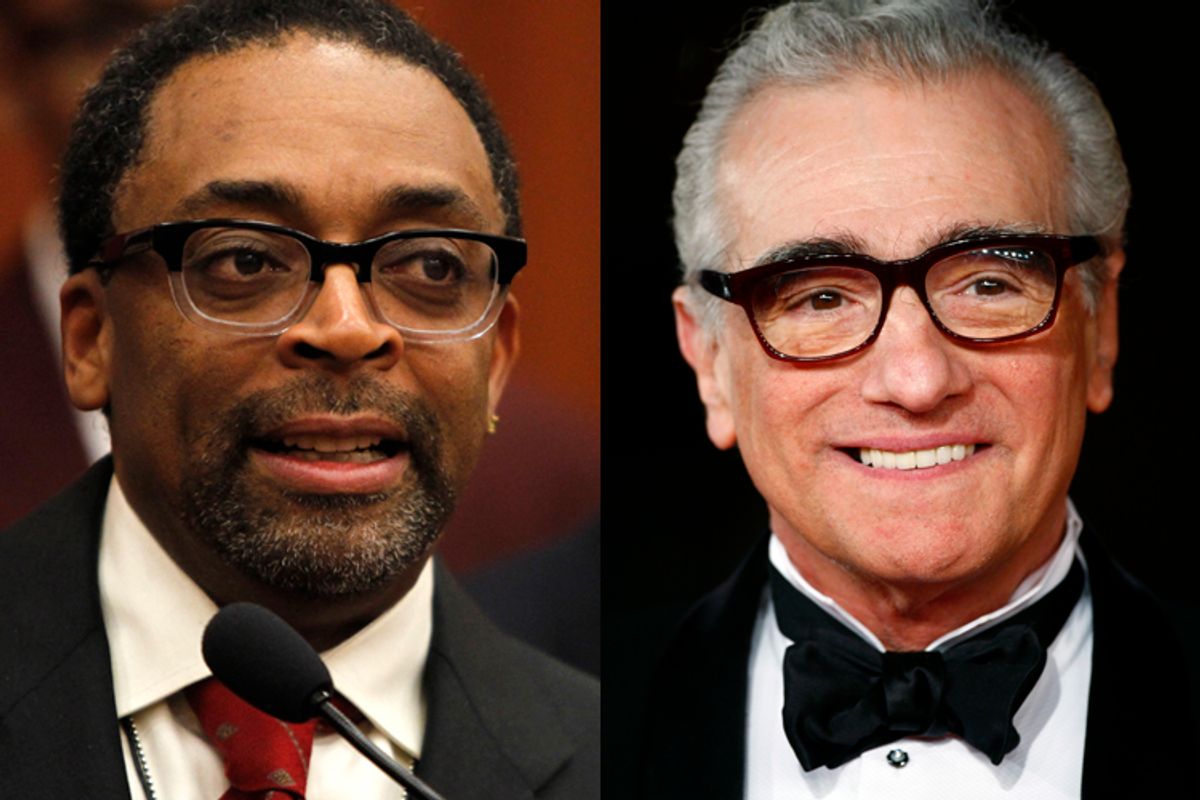 We're getting very close to the point where the phrase "Entertainment news" may have to be replaced by "Remake and Reboot News."

What do you think about that? I've got mixed feelings myself, but I've decided to keep an open mind, even though it isn't always easy.

Martin Scorsese has announced that he's going to direct a remake of the 1974 Karel Reisz drama "The Gambler," starring Leonardo DiCaprio as the gambling-addicted professor originally played by James Caan. And Scorsese's friend and one-time acolyte Spike Lee is directing a remake of South Korean director Park Chan-Wook's ultraviolent 2003 parable "Oldboy," about a man seeking revenge on the people who imprisoned him for years for no clear reason; Josh Brolin, star of "No Country for Old Men" and "W", will play the role first played by Choi Min-Sik. (Although "Oldboy" appears to be proceeding without a hiccup, "The Gambler" remake has awakened the ire of filmmaker James Toback, who wrote the original screenplay based on Fyodor Doestoevsky's short story and on Toback's own life.)

Meanwhile, "The Smurfs" and "Rise of the Planet of the Apes" (which is hugely indebted to 1972's "Conquest of the Planet of the Apes")  are raking in the bucks at your local multiplex. There was also a recent remake of 1982's "Conan the Barbarian" that tanked. On Sept. 16, writer-director Rod Lurie ("The Contender") will release his remake of Sam Peckinpah's 1971 revenge thriller "Straw Dogs." Director Tony Scott ("Unstoppable") is working on a remake of Peckinpah's "The Wild Bunch." And there's going to be a new version of "The Thin Man" with Johnny Depp in the William Powell role, written by David Koepp ("Jurassic Park") and directed by Rob Marshall ('Chicago"). There are new "Spider-Man" and "Superman" films coming out, just a few scant years after those properties were already totally remade for the big screen. A long-delayed remake of "Red Dawn" will pit plucky American youth against North Koreans instead of Russians and Cubans. Remakes of "Footloose" (directed by Craig Brewer of "Hustle and Flow") and John Carpenter's "The Thing" are scheduled for October. Will the upcoming remake of "Dirty Dancing" put Baby in a corner?

I'll stop now before your eyes fall out. If you want more of this sort of thing, do a Google search on "movie remake news" and see what pops up, if in fact the search ever stops compiling results.

Remakes have been a part of movies as long as movies have existed, of course, and it's worth pointing out that the remake of John Carpenter's "The Thing" that I mentioned a few sentences ago is in fact a prequel or "origin story", and the third movie go-round for this property; Christian Nyby and Howard Hawks made a movie with the same plot back in 1951, based on the short story "Who Goes There?" And a lot of the projects I listed here are themselves based on properties created in another medium -- novels, comics, plays and so forth. (In case you're wondering, the forthcoming action movie "The Killer Elite" is not a remake of the 1975 Sam Peckinpah movie, it just has the same title.)

So what's the big deal?

Maybe there is no big deal. Consider:

1. Remakes are nothing new. We think there are more of them now than ever before, but they've always been a part of the industry dating back to the silent era. Considering how many more theatrical films were made prior to rise of TV, there might actually have been just as many, percentage-wise, in the old days. (And after a long postwar period of decline, the number of theatrical releases has risen again in the last decade. According to The Numbers, there were 209 features released theatrically in this country in 1987, versus 809 in 2010.)

2. Remakes aren't all cynical exercises in box-office exploitation. Alfred Hitchcock and Cecil B. DeMille remade their own films because they wanted to do them again on a larger scale, or with a different feel.  Scorsese, to name just one of the directors on this list, has done remakes and sequels before. His 1986 film "The Color of Money," which won a best actor Oscar for star Paul Newman, was a sequel to 1961's "The Hustler"; his 1991 remake of "Cape Fear" was his top-grossing film until 2006, when he won an Oscar for directing another remake, "The Departed" (based on the Chinese crime trilogy "Infernal Affairs").

3. As I wrote in a Slate Movie Club feature earlier this year, it's important to judge every movie, indeed every work period, on its own terms, and not hold its prior incarnations against it. Some remakes are indeed inferior to the originals, but others are different from but equal to their predecessors -- a great recent example being "Let Me In," writer-director Matt Reeves' American remake of the Swedish vampire film "Let the Right One In." To that list I'd add Scorsese's "Cape Fear" remake, Jonathan Demme's 2004 remake of John Frankenheimer's "The Manchurian Candidate," Werner Herzog's remake of Abel Ferrara's "Bad Lieutenant," and David Cronenberg's 1986 "The Fly," which is not only superior to its source, but may in fact be one of the greatest horror movies ever made. (I did slide shows this year listing the best and worst remakes. Hey, maybe I'll remake those lists later this year and see if I can improve them!)

I would, in fact, love to see a smaller percentage of remakes and reboots on screens because there is something singularly exciting about encountering a new story and a new sensibility for the first time, and not having to go through the tedious exercise of listing the ways in which something is equal or inferior to a project that happens to have the same title. Plus, so many of these remakes and reboots are driven by economic imperatives -- it's always a bit easier to get funding for what the industry suits call "a pre-sold property" -- that the whole phenomenon makes it seem as though the American entertainment business is entering a cargo cult phase in which artists aren't producing fresh new work anymore, they're just picking over an increasingly stripped carcass.

All in all, though, I'm not terrifically distressed by any of this. All art should be considered innocent until proved guilty. Even the most seemingly well-pedigreed films can stink like rotten fish, and even the most seemingly cynical and calculated projects can end up being at least interesting, sometimes far more than that. I'm on record urging moviegoers to think about remakes of movies the way they think about covers of songs, as interpretations that can show off an artist's unique personality rather than as innately bankrupt aesthetic photocopies.

I adore Frank Sinatra's "My Way," but I wouldn't trade Sid Vicious' deranged cover for anything.