In 2010 Obama touted the Silicon Valley solar startup as a green jobs powerhouse. But China had other plans 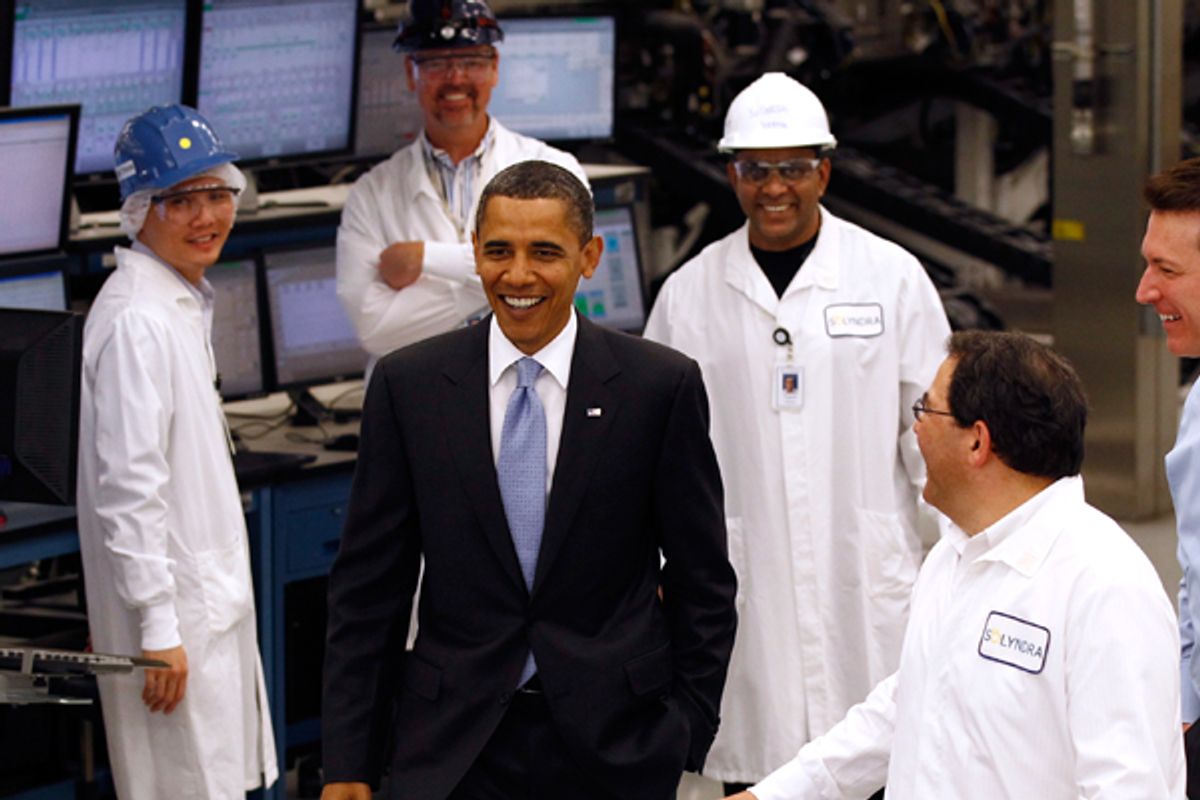 For green technology fans, the news that the thin-film solar startup Solyndra is going belly up is one heck of a bummer. Purely in symbolic terms, the failure of the highly touted Silicon Valley showcase is a disaster. Headquartered in Fremont, Calif., Solyndra was backed by name-brand venture capitalists and received half a billion dollars in loan guarantees from the Obama administration. In a visit in 2010, Obama personally touted the company as a source of green jobs. Oops.

Conservatives always warn liberals that "industrial policy" is misguided because the government doesn't have the capacity to successfully pick winners. Solyndra would seem to offer dramatic support for that view. But the real story isn't quite so simple.

As usual, ace green tech reporter Todd Woody provided one of the best early takes on what it all means:

Since Solyndra's launch, prices for conventional solar modules have plummeted 70 percent. The company simply could not increase production fast enough to lower the higher cost of manufacturing its high-tech modules.

So what's really happened here is that half-hearted industrial policy lost out to the real deal. Because if Solyndra's failure is taken as proof that the U.S. government can't pick winners, doesn't that mean that China's success proves the exact opposite?