For Muslims in America it's a fact of life. Who's next on the FBI's list? 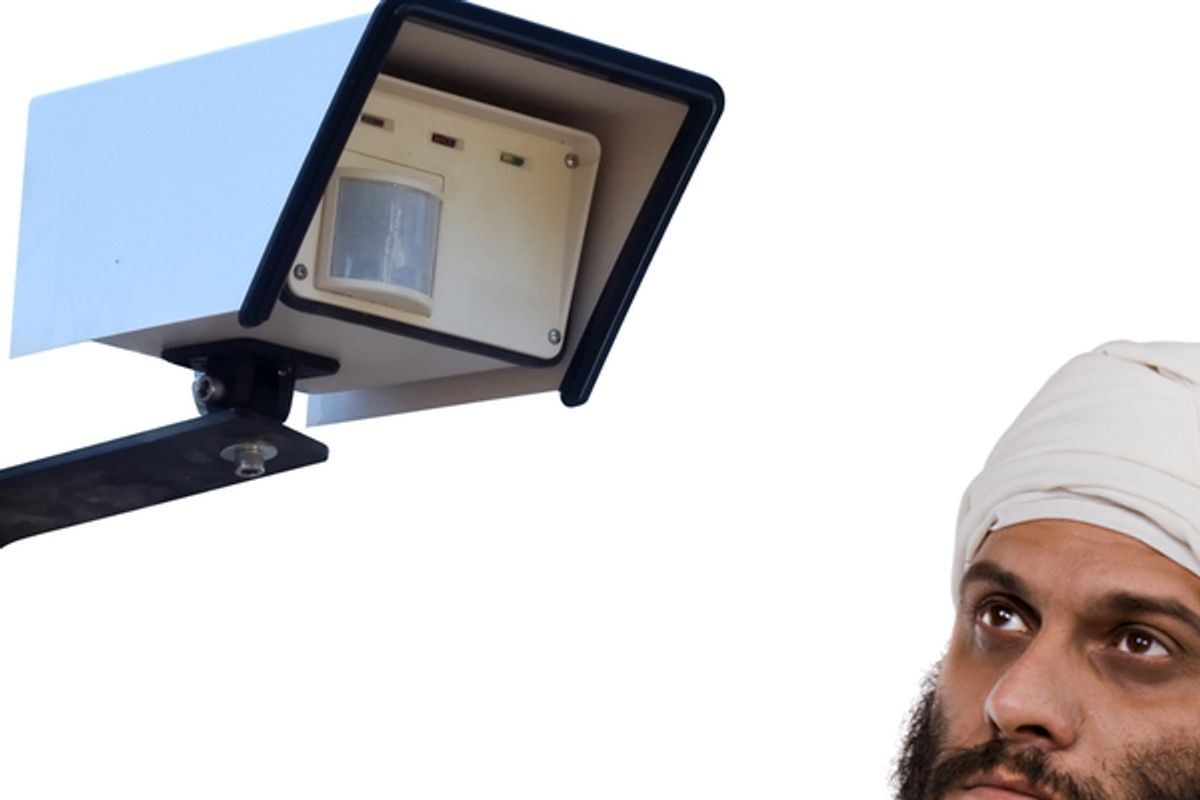 There was little surprising about recent revelations of the New York City Police Department's program, developed in secret with the aid of CIA officials, to collect swaths of information about the city's 800,000-strong Muslim population.

The story illustrates that government surveillance of innocent law-abiding Americans is not an emergency measure undertaken after 9/11 and subsequently curtailed. Instead, both federal and local law enforcement agencies have developed sophisticated and far-reaching intelligence-collection operations to gather data about America's minority communities, and other groups, regardless of whether there is any reason to suspect criminal or terrorist activity.

This left the door wide open for the NYPD to gather information about New York residents and organizations -- even where there was no indication of wrongdoing -- so long as the police attached the label "counterterrorism" to the operation. According to the Associated Press report, this investigative activity has focused disproportionately on New York's Muslim communities. This will come as no surprise to those who have repeatedly protested that Muslims were being spied upon -- only to have their concerns dismissed as overreactions and paranoia.

Based on interviews with 40 current and former NYPD and federal officials, the AP reporters gave a detailed account of the department's intelligence operations, including a clandestine "Demographic Unit" that sends officers into the ethnic communities from which they hail. But these officers aren't sent to build cooperative relationships between the police and the community that enhance law enforcement. They aren't even sent to investigate any suspicious activity or crime. They are sent simply to observe what Muslim New Yorkers are saying and doing -- in mosques, bookstores and community centers -- and report back what they hear and see.

The NYPD is not alone in targeting these communities. Reports leaked from post-9/11 "fusion centers" (which meld federal and state intelligence gathering) have shown that many police departments consider it part of their duty to spy on Muslim communities in their areas. And, contrary to what the AP story suggests, local cops aren't undertaking these activities because the FBI doesn't have the authority to do so. It does. Indeed, the constraints on the FBI's investigations have been progressively relaxed since 9/11, allowing the bureau to engage in precisely the same type of dragnet surveillance of mosques and ethnic communities undertaken by the NYPD.

The FBI is allowed to recruit and task informants to enter any religious or political gathering without any indication of wrongdoing or threat to national security. Indeed, the FBI's rules are so permissive that some American cities have balked at joining Bureau-led Joint Terrorism Task Forces because they would run afoul of local laws that prevent the police from monitoring lawful religious and political activity.

FBI informants have testified -- most recently in the case of the Newburgh Four -- that they have been sent to mosques simply to find out what the Muslim community was saying and doing rather than to uncover any particular terrorist or criminal activity. Prosecutors ultimately secured a conviction in that case, but their success came amid questions -- including from the presiding judge -- about whether, absent prodding from the FBI informant, the defendants ever would have formulated, much less carried out, a terrorist plot.

Like the NYPD, the FBI is authorized to collect cultural and behavioral information about ethnic communities. This authority has been used by the Bureau to detail the characteristics of the large Arab-American population of Dearborn, Mich., Iranian immigrants in the Bay area, and, most recently, Somalis in Minneapolis. Indeed, in recent years, the FBI has devoted significantly more resources to this sort of fishing for national security threats than to investigating crime.

It's hard to imagine Americans encouraging FBI agents to attend Mass in Italian-American churches as a way to fight organized crime. Or tasking informants to listen in on Tea Party meetings to combat right-wing militias. That's exactly what is going on now in Muslim communities across America.

The FBI's activities are subject to some scrutiny -- the Judiciary and Intelligence Committees in both chambers of Congress engage in regular oversight, and inquiries conducted by the Justice Department's internal watchdog have brought multiple FBI abuses to light, such as improperly collecting and retaining the identities of members of an advocacy group. This oversight system does exert some pressure on the Bureau to follow the rules.

In contrast, the NYPD's intelligence gathering is subject to no appreciable oversight. The New York City Council -- which can and should monitor all city agencies, including the police department -- has not held a hearing on the department's vast intelligence collection apparatus. There is internal auditing and analysis of police corruption, but no inspector general is watching over intelligence collection. Oversight over other state and local police forces is similarly lax.

A decade after 9/11, it is clear that both federal and local law enforcement agencies are aggressively collecting information about many Americans. Information is collected regardless of whether there is any suspicion of a link to crime or terrorism, and frequently on the basis of ethnicity or religion.

As we approach the tenth anniversary of the attacks, these programs are only becoming more robust, more sophisticated and more ingrained in the agencies' everyday operating procedures. It is time for the American public and our government -- both federal and local -- to take a closer look at these tactics, impose reasonable limits aimed at preserving our privacy, and ensure effective oversight.

Faiza Patel is the co-director of the Liberty and National Security Program at the Brennan Center for Justice. Emily Berman is a Brennan Center Fellow at NYU School of Law.