Why it's healthy for couples to stay on OKCupid 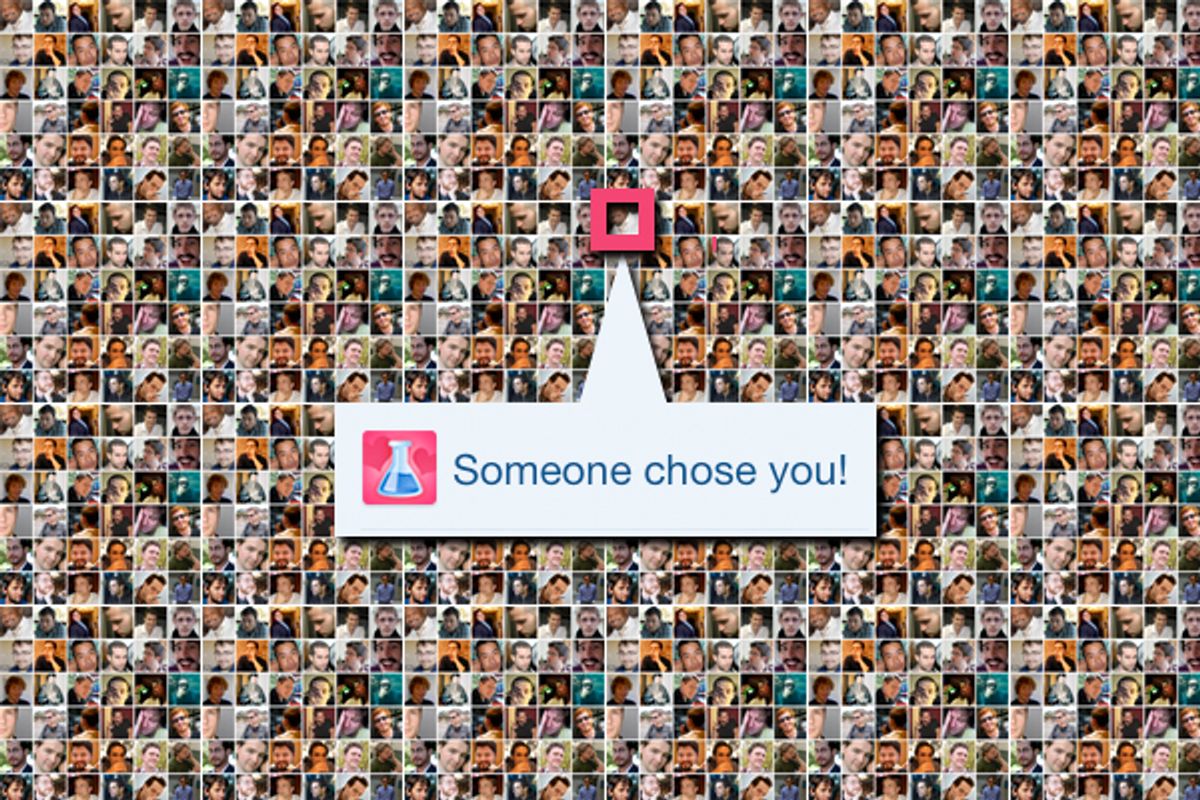 Every day I get at least one email from OKCupid introducing a promising new match or alerting me that someone has favorably rated my profile. Sometimes there's a lineup of several head shots of competing suitors with the ego-boosting cheer, "Someone chose you!" I have no plan to follow up on any of these emails: I'm in a relationship now, but I haven't gotten around to deactivating my profile -- and neither has my boyfriend. It's mostly the result of laziness, but it's also true that I've become accustomed to the romantic RSS feed. It's not only wickedly entertaining but also genuinely relationship-affirming -- most of the matches have the same chastening effect on me as a visit to a douchey singles bar.

The flip side, of course, is that it can just as easily help a person question his or her relationship or, more calculatingly, serve as a Plan B. OKCupid says it doesn't have numbers on how many of its active members are actually in committed relationships -- but, very anecdotally, most everyone I've talked to who has been on the free site has stayed beyond the point of coupledom. One friend even started a Tumblr called "It's Not OK OKCupid" to document some of the absurd messages she and others have received on the site, and she would openly swap stories of "ridiculous" openers with her then-girlfriend. Also littered across the Web are countless message board conversations and advice columns prompted by people concerned about why their partner hasn't closed their dating profile yet.

It shouldn't come as a surprise that as online dating becomes increasingly common, so too will its role in our romantic relationships -- at least at the beginning. What strikes me about the experience of dating against the backdrop of constant new match alerts is that it allows you to comparison shop in a brand-new way. You might sneer, as I did to myself about this seeming so very consumerist and American -- but, as anthropologist Helen Fisher pointed out to me when I called for her insight, it's more like: How very human. "It's not unusual. The brain is built to look around," she said. "What is unusual is that it's so constant now on the Internet" -- and, of course, this sort of romantic browsing is hardly limited to dating sites.

"Long before we were doing any comparison shopping online, we were doing comparison shopping on the grasslands of Africa 2 million years ago," said Fisher, a Match.com and Chemistry.com scientific advisor. As an example, she offered up the amusing visual of a ripe young woman sizing up the studs from various hunter-gatherer tribes at a nearby watering hole. (Our ancient ancestral bar scene, I guess.)

"Long after you're into a relationship, and even deep into a marriage, people are still comparing," says Fisher, author of "Why Him, Why Her: Finding Real Love By Understanding Your Personality Type." "They're still saying, 'How much am I giving to this relationship and how much is the other person giving to the relationship? Is it balanced, will it work, should it work, should I come, should I go?" In case that wasn't brutally clear enough, she adds: "We're constantly saying, 'Could I have done better? Should I have done differently? Maybe I can upgrade now.'"

It may be unromantic, but the outcome isn't always heartbreak. A while back, I received an email from a reader who revealed that online dating sites had helped keep him in his marriage. Comparing your partner to Internet strangers may sound harsh, but after surveying who else was out there, he concluded that he'd made a good choice after all. Sometimes, simply being presented with a sea of strangers can make the choices you've already made seem damn appealing. Fisher points out, "Everybody in this business knows that the more opportunities that you give to a human being, the less likely they are to choose any."