Should reality TV adopt a code of ethics?

In the wake of the "Real Housewives" suicide, a blogger urges producers to abide by a humane code of conduct 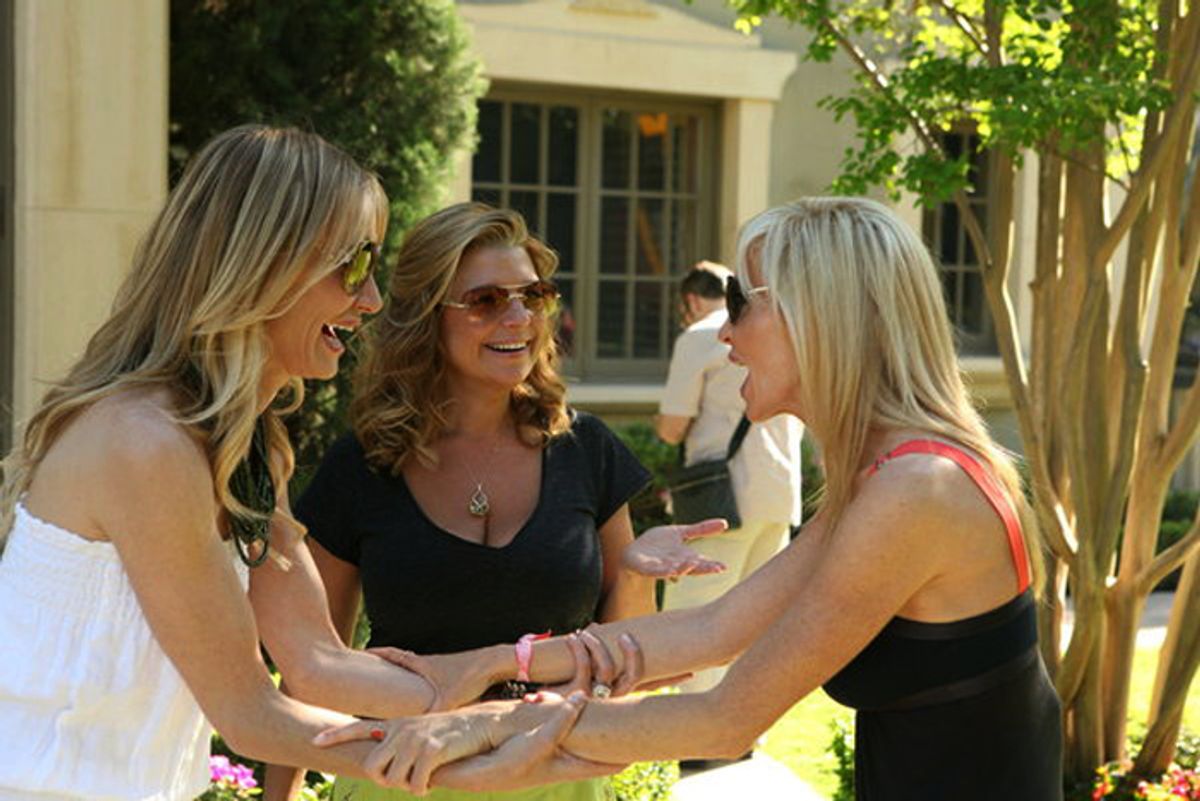 Let's dream for a minute, shall we?

National Public Radio blogger Linda Holmes published a thoughtful piece yesterday proposing a code of ethics that would govern the production of so-called reality TV series. It's sensible and humane. And in a universe where sensible, humane people produced shows like "The Real Housewives of Beverly Hills" -- which lost stressed-out cast member Russell Armstrong to suicide last month -- it would be adopted industry-wide in a heartbeat.

"It would be more expensive [to implement such a code] and it would close a few doors," Holmes writes, "and yes, some potential for exploitation drama would be sacrificed. But it would also prevent the baby of a perfectly good game show or documentary show from being thrown out with the bathwater of 'The Real Housewives of Beverly Hills.'"

Building on recent articles by me and "Reality Blurred" editor Andy Dehnart, Holmes proposes that the producers and networks who air unscripted TV shows agree to do the following things:

1. Provide participants with up to three months of after care and counseling when the shooting stops;

2. Publish the performer's contracts on the show's website where the public can scrutinize them;

3. Agree not to  air any footage of drunk participants if the show's producers are the ones that provided them with alcohol (if the participants got drunk on their own private stash, this rule does not apply);

4. Guarantee participants "six hours of uninterrupted sleep at least five nights out of every calendar week";

5. Cut out any footage of minors, unless they appear "incidentally" in a scene;

6. "Limit isolation," and give participants who are cut off from loved ones the chance to speak to a designated friend or family member for 10 minutes each week;

7. Give participants free medical care for any injury or illness that occurs during filming;

8. Not apply "gag rules" to participants after shooting;

9. Not obligate participants to take part in follow-up shows;

10. Give participants who think a series has misrepresented or slandered them the chance to go through mediation with an impartial panel.

Shows that abided by this code of ethics would be marked with the unscripted television equivalent of the Good Housekeeping Seal of Approval. "If a certain number of viewers decide they're going to favor code-compliant shows and a certain number of advertisers decide they're only going to advertise on code-compliant shows, some of those costs would be offset," she writes. "It will ultimately be the responsibility of viewers and advertisers, in other words, to shop for ethical television the same way they might shop for ethically produced goods of any other kind, and to provide the financial incentives."

This is just a bullet-point summary of Holmes' proposed code of ethics; she gets into much more detail, so I recommend reading the whole article here.

Of course the very idea of reality show producers and their networks abiding by an ethics code is laughable on its face. Humans can be astoundlingly greedy and stubborn, and nobody who's making money hand over fist, as the people who created some of these series absolutely are, is inclined to accept even tiny restrictions on their business, unless the courts, the marketplace or some legislative panel leaves them no choice.

So this is all a pipe dream -- at least until the Armstrong family sues Bravo, as it has publicly threatened to do, or until some other parties who think some other program caused them suffering wrangles concessions as part of a settlement.