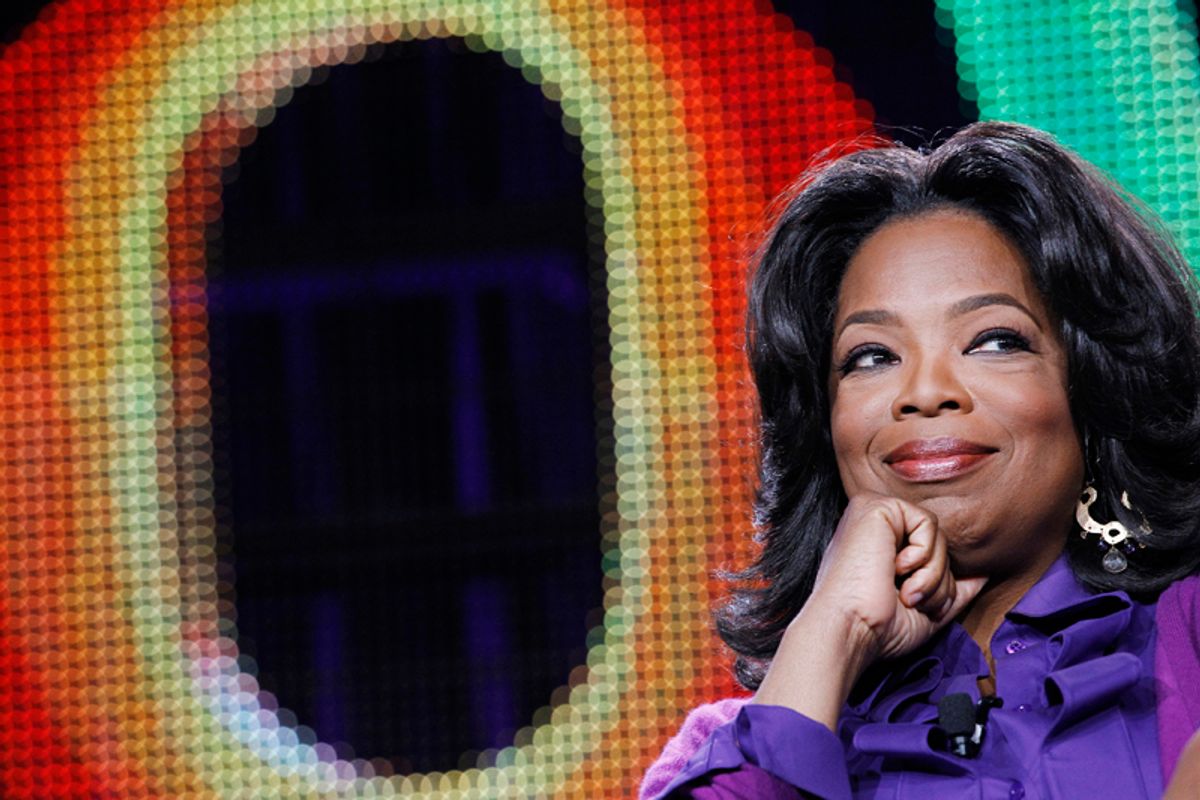 Critics carp that by the time reality TV finally finds its way to TV, it’s been scrubbed clean of most of its reality. “Pitch” attempts to reverse all that. It’s a single-camera show that brings viewers inside the pitch meetings for other reality shows. Watch as up-and-coming and/or washed-up celebrities make the case that their lives deserve to be on television. Marvel as executives spin out possible plot scenarios for allegedly unscripted shows. Wince as network veterans who were involved in quality sitcoms (and, in some cases, educational television) look queasy as independent production companies try to convince them of the merits of a half-hour show about Selena Gomez’s driver. If “Pitch” succeeds, there is a spin-off already prepared: “Pitch Pitch,” which examines the process that led to the airing of “Pitch.”

In May, Oprah Winfrey wrapped up more than 25 years of her iconic talk show. Her new network, OWN, has started to schedule various reality programs featuring celebrities such as Chaz Bono and Sarah Ferguson. But soon, the network will attempt its most daring programming move yet, when it starts to air a new show focused on the fact that Oprah is not on television. The show will be called “¬Oprah” -- pronounced “Not Oprah,” it employs the mathematical sign for logical negation. “Her old show was called ‘Oprah,’” a spokesperson says, “and this new show is the exact opposite. It reflects her not at all. She’s not on it. She’s not in it, explicitly or implicitly. The show is about many things, but it is not about Oprah, ever, which means that it is always, only about ‘not Oprah.’” No more details were available, but if “¬Oprah” is a success, it may lead to similar programming. “We hope that this is the first of many shows that, by carrying no trace of Oprah, extends her brand,” the spokesperson adds. “It would be wonderful if, in a few years, any show that has nothing to do with Oprah somehow said ‘Oprah’ to viewers.”

“Humans have been the subject of most reality shows,” says a network executive. “The medium has looked at children, too, and occasionally even pets. ‘Tree’ is the sign of the medium turning over a new leaf, if you will.” Tree, which airs in October, is an hour-long unscripted drama that focuses on a 40-year-old elm in Brooklyn. “For starters, we found that viewers were getting tired of younger characters,” the executive says. “The tree was more appropriate demographically. And oddly, the tree tested as more likable than 60 percent of current reality stars.” The show is also an opportunity to expand into online platforms: during the 23 hours that the show will not air, the tree will be followed by a webcam.

For years, sports shows have been pioneering new TV technology: digital strike zones during baseball games, microphones hidden in huddles. Now that same spirit of innovation is coming to reality TV. In Japan, in April, a scientist designed a process that broadcasts a pure silver tone and gives a television screen nearly perfect reflectivity. The result is “Mirror,” an hour-long drama that consists of nothing but a mirror. “While you watch it,” you are watching yourself,” says a network publicist. “It’s really the most exciting thing we’ve seen in years.” But not everyone is as enthusiastic. “I’m concerned that people aren’t prepared for this at all,” says one psychologist. “It’s like the switch from regular TV to HD. Remember how all of a sudden people were disturbed to find that their favorite newscaster had rough skin, or a blemish beneath their eye? This is going to be a 100 times worse.” Nevertheless, a full season of “Mirror,” 20 episodes in all, has been ordered.

Ben Greenman is an editor at the New Yorker and the author of several acclaimed books of fiction, including "Superbad," "What He's Poised To Do" and "Celebrity Chekhov." His fiction, essays and journalism have appeared in numerous publications, including the New York Times, the Washington Post, the Paris Review, Zoetrope: All Story, McSweeney's and Opium.