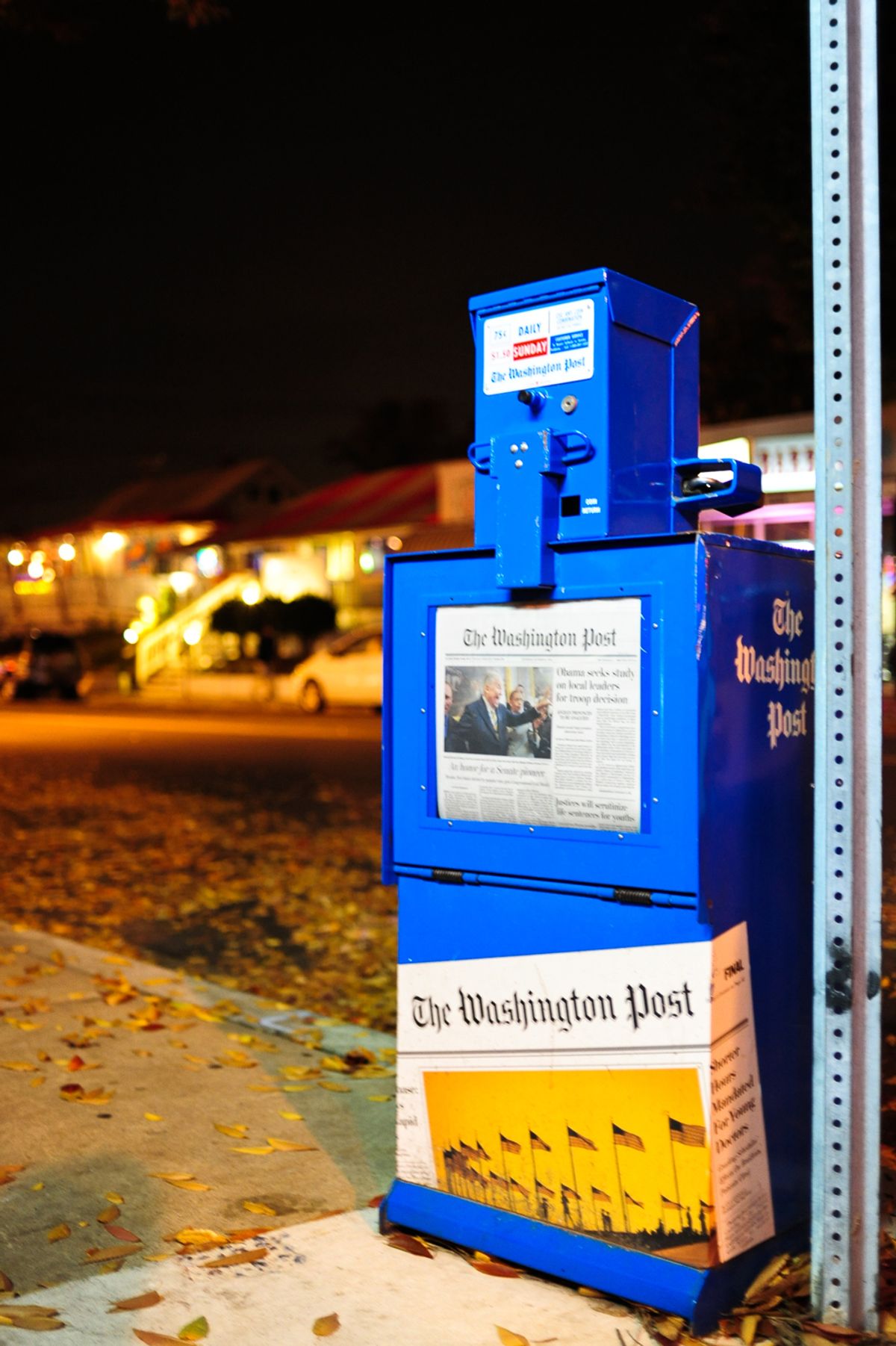 The Washington Post is closing all of its local bureaus, besides the ones in state capitals Richmond and Annapolis. This is, Post executive editor Marcus Brauchli says, "about office space, not personnel or coverage." The Washington Post newspaper guild representative gives no indication that any reporters will be let go and claims that the Post will not "reduce its local coverage."

Being unwilling/unable to pay the rent on local bureaus can't be a good sign for the health of the paper, especially coming so soon after the Washington Post Company laid off a number of well-respected long-time (and non-unionized) contributors at Slate.

The Post already explicitly gave up on the idea of being a national newspaper years ago, when they shut down all their national bureaus. But it seems there are limits on what they'll invest to remain a local paper, too. (Though maybe their "no staff reductions" promise is correct, and this is No Big Deal. Washington area residents will see!)

All this despite the fact that the Washington Post Company actually makes money, primarily through its Kaplan test-prep (and scammy for-profit college) arm. So even the "newspapers subsidized by separate money-making ventures" scheme seems to have its problems. (Just being owned by a billionaire who doesn't care if you lose millions of dollars remains the best model for newspaper survival.)