The hunt for my affair

He leaned in so close I could feel his breath on my face. Was he coming on to me -- or was it all in my mind? 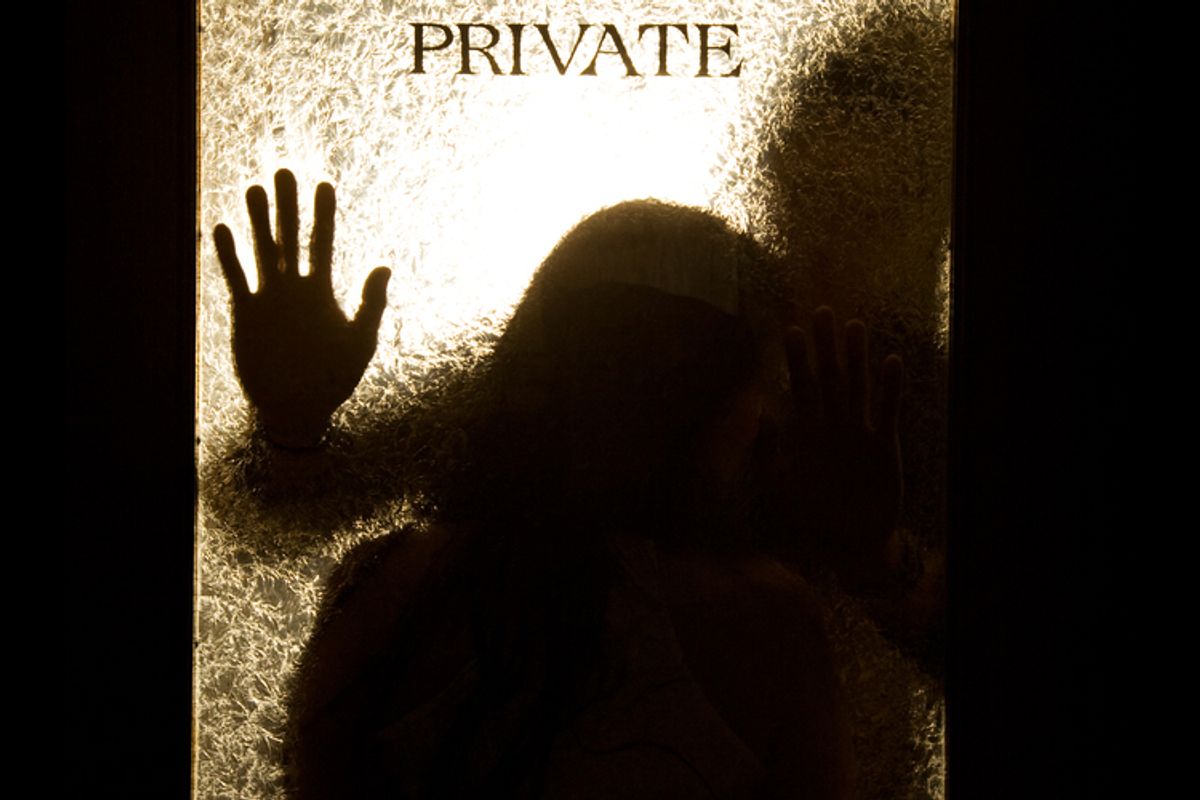 It was Gina who put the affair in my mind. We'd gone out for drinks the night before. After two glasses of wine, Gina admitted she wouldn't mind having one. We were in this little Brooklyn Heights, N.Y., bistro with red-checkered tablecloths.

"That is, if the man was European, and he went back to his own country after a couple of lovely afternoons together. Maybe he could be French." Gina sipped her pinot.

I agreed I'd like to have an affair. "I mean, in the vaguest possible sense with the most generalized of men," I said. "Not with a real man who exists, mind you. I don't want to have an affair with someone who gains weight or doesn't pick up after himself. A European gentleman sounds nice to me, too."

The next day, I happened to be on the second floor of my building to sign up for Lunchtime Toning and Stretching. I had been spending too much time writing about the world's latest earthquake at the relief organization where I worked, and I was ready to get back on an exercise regimen. I also knew it was the floor that Dag worked on, so I poked my head into his office to say hello. (Dag is not his name, by the way. I changed his name, along with others, to protect his identity.) I'd met Dag a few weeks before, when our sons had a play date at my house, and we discovered we worked in the same Upper West Side office building. Not long after, he'd called me and we'd lunched in the cafeteria together.

"Oh, this is a pleasant and welcome surprise," he said when he saw me. He leaned on his R's, kind of like Sean Connery, although he wasn't Scottish or Welsh. He was some non-English speaking European, Swiss or Dutch. Not French, I thought.

He leaned back in his chair with his arms folded behind his head. A very inviting and open posture. He was clean-cut, boyishly good-looking in a Tim Robbins kind of way.

"I just had to sign up for exercise," I said. "I thought I'd stop in and say hi." I tried to look relaxed as I took a seat. I realized my hands were cold, so I sat on them. "I didn't know if you'd be in your office. You travel, right?"

And that was it. My mind was already off and running: Why does he keep telling me about Mystic? Is that where he wants to have our liaison? Mystic sounds very romantic. Did he mention it for some reason? Mystic, Mystic: Is it code for something? I could get away one day a week, couldn't I?

"Do you have to spend the night away?" I asked.

I was deflated. How silly of me. There was no deeper meaning to Mystic. I wasn't going to have an affair on the commuter train. I wished Gina had never opened her mouth last night.

"Your office seems kinda empty," I said. His son's artwork hung up on the wall -- a rainbow.

"We've just moved in. And we're moving the rest of the staff here. From Mystic." He leaned forward and looked into my eyes when he said it.

There it was again. That same sly, flirty tone. Oh, all right already. Mystic, it is!

I mean, Dag and I should be friends at least. We had a lot in common. We both had wild 7-year-old sons. We both worked for Christian relief organizations in the same building. We were both totally burned out and sick of our work.

"We should have another play date soon," Dag said, walking me to the door. He totally leaned in to me. I could feel his breath on my upper lip. It was minty. I felt flushed. And for a minute, I just stood close to him like that -- looking up at his face. I was inches away.

Then I stepped back. "Yes, the boys should get together. Maybe this weekend. I'll call you."

That night when my husband rolled over to kiss me, I closed my eyes and imagined kissing Dag. In my mind, I went to Mystic. And I liked it there.

But I didn't have the nerve to actually call him. Weeks passed, and I met Gina again for another glass of wine. I blamed the whole Dag/Mystic fantasy on her. She just shrugged and said, "I've been to Mystic. It's reeeeeeeally nice."

Not long after, I bumped into Dag on the street outside our office building.

"I was just thinking of you," he said. "Do you want to have lunch?"

"But you brought your lunch." I pointed to the paper bag in his hand.

"I want to," I said. "But I have exercise class at lunchtime."

"I may not be working here much longer," he said.

"Jersey City," he said. There was no twinkle in his eye this time.

For a while, I didn't see him around the building. Then, one night, after the kids had gone to sleep, Dag called me. Hearing his voice -- the way he leaned on his R's -- I felt a thrill.

My mind floated away: A pensione in Mystic. An afternoon tryst.

"I've been fired. If I drop off my laptop with you, can you return it to the office for me?" he asked.

I tried to be casual about my disappointment. "Yes," I said. I met him at my front door. I didn't let him in. I just took the laptop.

"It happens. You know, I kind of was over that job," he said.

That's how our non-affair ended -- with a laptop drop-off. Somewhat shameful, really.

The next morning I walked to the office where he worked and gave his laptop to a woman who looked like a nun. I high-tailed it out of there, feeling her disapproval and my guilt. Yes, I felt guilt for having a fantasy and talking too close. Guilt for surprising myself with excitement and the possibility of a mutual attraction.

It was good that I still worked at a relief agency, I told myself as I rode the elevator back to my office. Because I still looked for relief. I thought, briefly, I had found it in Dag. But relief does not come easily. The non-affair had stirred up complicated feelings -- of longing, loneliness and a desire to be understood. I could not explore these feelings or act on them.

When I got back to my desk, there was another hurricane headed for another coast. It was hurricane season. Everyone knew there'd be another. And so I went back to my job, back to my husband and back to the thankless task of arranging play dates for my son.

Later, I found out through a mutual friend that Dag was seeking help for a drinking problem I never knew he had. And one more thing.

"He's separating from his wife," my friend said, arching an eyebrow.

I shrugged; it didn't matter. It was over. There was no Mystic.

MB Coudal ended her mediocre stand-up comedy career when she had three kids and went to work for an international agency. A writer, performer, and overachiever, she has four blogs: Faith; Fitness; Writing; NYC.