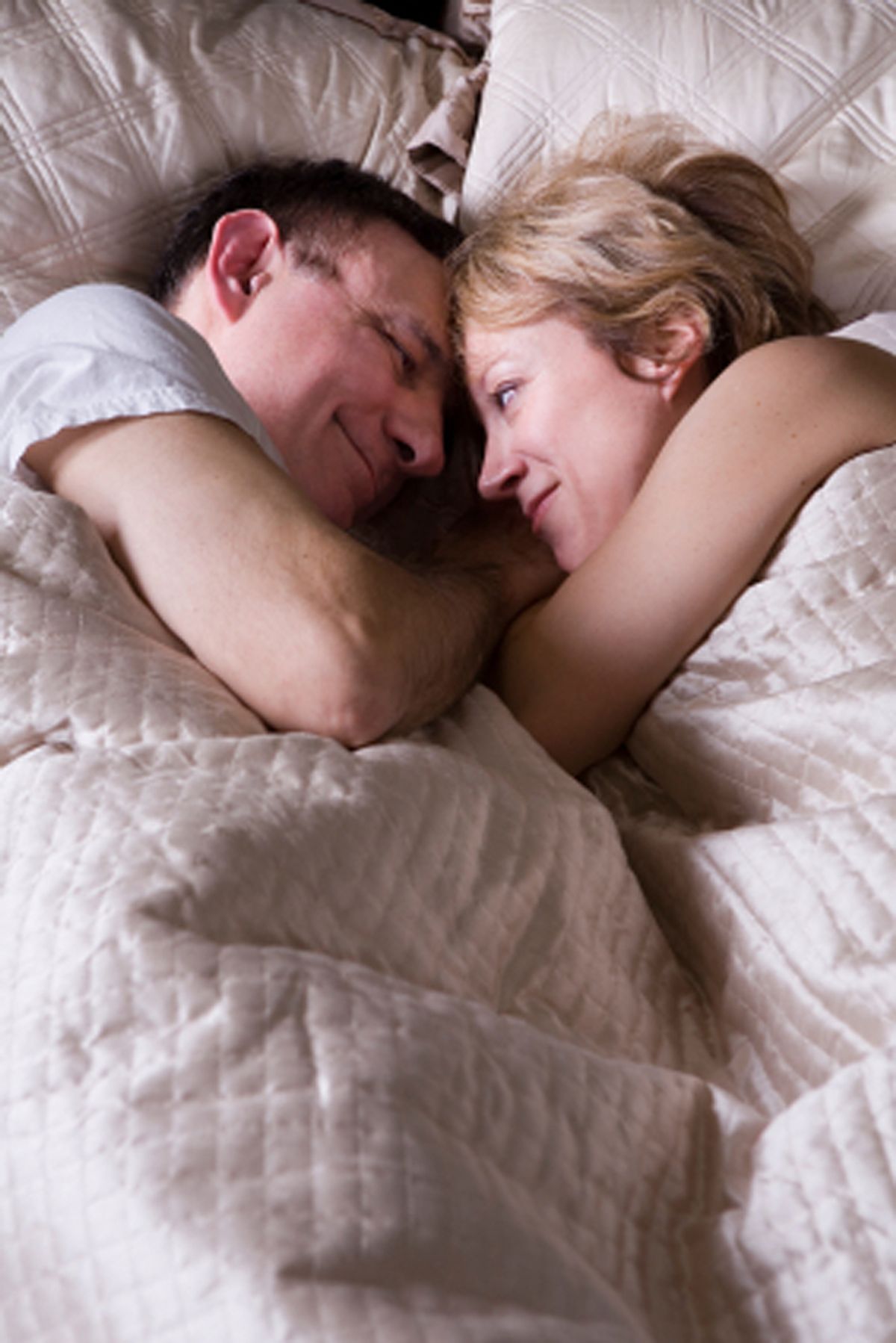 This week I started having flashbacks to the hookup hysteria of a few years back. It started with a Daily Mail piece headlined, "Sex: Why it makes women fall in love -- but just makes men want MORE!" Other outlets picked up on the story and the women's blog the Frisky bleakly concluded, "After sex, men are feeling satiated, perhaps thinking of sleep or pizza, or the next time we'll do them and we are stuck wondering whether or not we love him."

The original report, if you can even call it that, claimed to be about a recent study out of Rutgers University, but much of the content -- especially about how orgasms cause a flood of oxytocin, commonly referred to as the "cuddle drug," that makes women indiscriminately fall in love -- was attributed to a U.K. doctor who had nada to do with the actual research. This bait-and-switch threw me for a loop, but I eventually tracked down the researcher who inspired these grand, sweeping statements. Barry Komisaruk, a professor of psychology at Rutgers, says he found no such thing.

It's tempting to shrug off misreporting by the infamous Daily Mail, but it's far from the first publication to further the oxytocin love story. This popularly accepted wisdom has also been used to back up moral arguments against premarital sex, sometimes by influential officials -- like Eric Keroack, a Department of Health and Human Services appointee under President George W. Bush, who believed casual sex depleted women's stores of oxytocin thereby ruining their ability to romantically bond. I talked to Komisaruk about what we really know about women, orgasms and love.

What did you actually find with regard to orgasms and oxytocin in women?

How does that compare to orgasm in men?

You can't exactly compare it, because it's apples and oranges. We're just beginning to study sexual response and orgasm in men. The only other people who recently have studied orgasm in men is a group in Holland and they use a PET scan, a very different method from the functional MRI we used. They claim that there are some differences in orgasm between men and women, but overall I would say, based on their research, that the similarities are much greater than the differences in orgasm between men and women.

That's not at all the message communicated in the media. Usually, you see reporting on how orgasms cause women to be flooded with far more oxytocin --

When it's released into the bloodstream it mainly produces contractions of the uterus (which may serve to pull semen into the uterus and helps push out the fetus during childbirth) and the mammary glands (which squeezes out milk into the baby's mouth). Very little oxytocin gets into the brain from the blood, and any effect of oxytocin on behavior is due to its release in the brain as a neurotransmitter. We don't really know what effect it has in humans.

It's so often referred to as "the cuddle drug," the "love hormone" --

The evidence of stimulating pair bonding and cuddling, that's based on injection of oxytocin directly into the brain in rodents. There's no evidence like that in humans. I keep checking the literature on that because I'm very interested in it, but there's actually no evidence of oxytocin as a love hormone in humans. You have to be very careful about any romantic role attributed to humans based on research on non-humans.

Just to be utterly clear: Is there any evidence to back up the idea that oxytocin leads women to experience greater post-coital feelings of love than men?

There's really no evidence of it. Somehow it caught the imagination of the public, but it's based on rodents. It's possible, I'm not saying it's impossible, but there's no experimental evidence to support it -- in humans.

Not only are these conclusions a huge leap, but I've seen them used to further political arguments -- for example, against casual sex, the idea being that it's more harmful to women because they become more emotionally attached.

So any time that we see oxytocin broadly linked to love, that is an unmerited simplification?

Now, it's possible, and I would even say likely, that orgasm and maybe hugging cause the release of oxytocin in various places in the brain. But there's no evidence that such oxytocin that's released into the brain has any effect on behavior in humans.

So even having evidence of oxytocin released in the brain, we don't know that it would result in feelings of love.

That's right. It's extremely difficult to show that -- you can inject the oxytocin into the brain in animals but you can't do that in humans. It's very likely that something like that happens but there's no evidence of it and you can't jump to conclusions based on something that seems logical, because we're always fooled and surprised by mother nature. There's an expression, "It may be logical, but it's not biological" -- or at least it hasn't been shown biologically in this case.

Right, it seems to make intuitive sense but there isn't evidence to back it up.