Here are five reasons why this is a very good idea 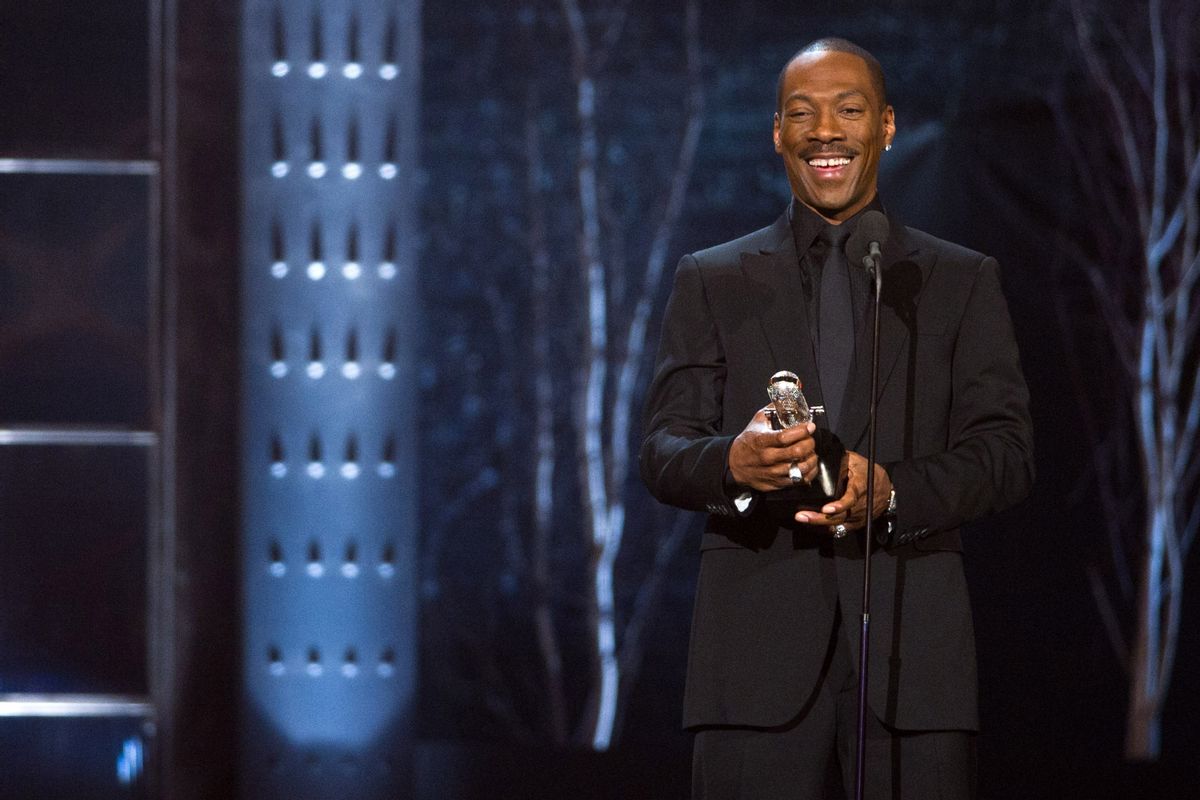 It's (almost) official: Deadline Hollywood just reported that Eddie Murphy will host the 84th Annual Academy Awards next year. Granted, it's not news on par with the selection of a new pope, but it's heartening all the same. The Oscars need a creative jump-start after years of wavering between Billy Crystal/not Billy Crystal, and Murphy just might be the guy to deliver it.  Here are five reasons why:

1. He's got years of experience in live TV. How good was Eddie Murphy on "Saturday Night Live" in the '80s? So good that when a scheduled sketch fell through, or when the broadcast ran a bit short, the producers would throw Murphy onstage to fill time, fully confident that he could just riff and be funny.  No, the man hasn't worked this way for a long time, but once you've done it -- or worked in comedy clubs, where you have to be able to read the crowd and adjust -- you never quite lose the reflexes. At the very least we can be confident that there won't be any deer-in-the-headlights awkwardness like we saw last year, when the kooky ingénue team of James Franco and Anne Hathaway hosted.

2. He is a skilled musical performer. Like Jamie Foxx today, the late '80s Murphy had an egocentric sidelight as a wannabe pop star. But while he never recorded any really memorable songs, he did do some bouncy, sugary pop-soul ear candy that was suprisingly addictive. And he was one of the greatest musical impressionists in "SNL" history, matched only by his frequent on-screen partner Joe Piscopo.

3. He commands the stage. I'm dating myself by even bringing him up, but by far the suavest, funniest, most effective Oscar host of modern times was Johnny Carson, who took control of a room the second he entered it. The Oscars haven't seen that kind of screen temperament since Carson. Nobody since has quite had the same centered quality. David Letterman and Whoopi Goldberg were more obnoxious than confident; Crystal, however brilliant as a clown, always seemed as if he was hustling for laughs à la Fozzie Bear on the old "Muppet Show." You could use a lot of adjectives to describe him, but "dignified" would never be among them. I have a feeling that although Murphy could showcase the talents outlined in reason No. 2, he won't be tap-dancing every second like Crystal. For the most part I bet he'll be more in the Carson mode -- a minimalist.

4. He's an outsider. Yes, really. It's true that Murphy made a fortune in the '80s with a string of top-grossing movies, hit songs and sold-out concert tours, and after a pretty dismal period in the '90s, he came back strong as a latex-encased slapstick clown ("The Nutty Professor," "Norbit") and as a voice in animated films aimed at children (the "Shrek" series, "Mulan"). So he's never really been an outsider in the money sense. But for all his popularity, Murphy was never embraced by the Hollywood establishment in the way that other Oscar hosts have been.

There were a number of reasons for this. One was his '80s records and stand-up routines, which were considered too "dirty" by cultural gatekeepers in the '80s (especially the raunchy, racially impolitic, gay-baiting "Raw"). Another was Murphy's 1997 arrest for soliciting a cross-dressing prostitute, a scandal that made him radioactive for a couple of years and that probably would have destroyed the career of a lesser star. Then there's his status as a black man in a still white-dominated business, a fact that he has mostly avoided -- except when he decided to confront it publicly on the  1988 Oscar telecast and chastise the academy for marginalizing black performers. (As critic Craig Simpson noted today, "Think of the fun he'll have skewering 'The Help.'")

In an odd sense, Murphy is a little bit like Letterman -- a performer who was very much the architect of his own success, would not be afraid to risk giving offense if he thought it would get a laugh, and will probably come into the broadcast feeling beleaguered and edgy. But unlike Letterman -- or Ricky Gervais -- he's likely to have a keen sense of just how far to push things, and when to stop, because ...

5. He's an insider, too.  Murphy presented the Jean Hersholt Humanitarian Award to Jerry Lewis. He was nominated for a best supporting actor Oscar for 2007's "Dreamgirls" (and he left the auditorium after he failed to win). He's probably got more homes than most people have pairs of shoes. The juxtaposition of 4 and 5 should make for an interesting internal tug of war for the three-plus hours Murphy is serving as emcee. And as the tug of war unfolds, we'll have 1, 2 and 3 to keep us entertained. I am really looking forward to this.