The enduring mysteries of 9/11

The Truthers are wrong, but the fact remains the government isn't telling us the whole story 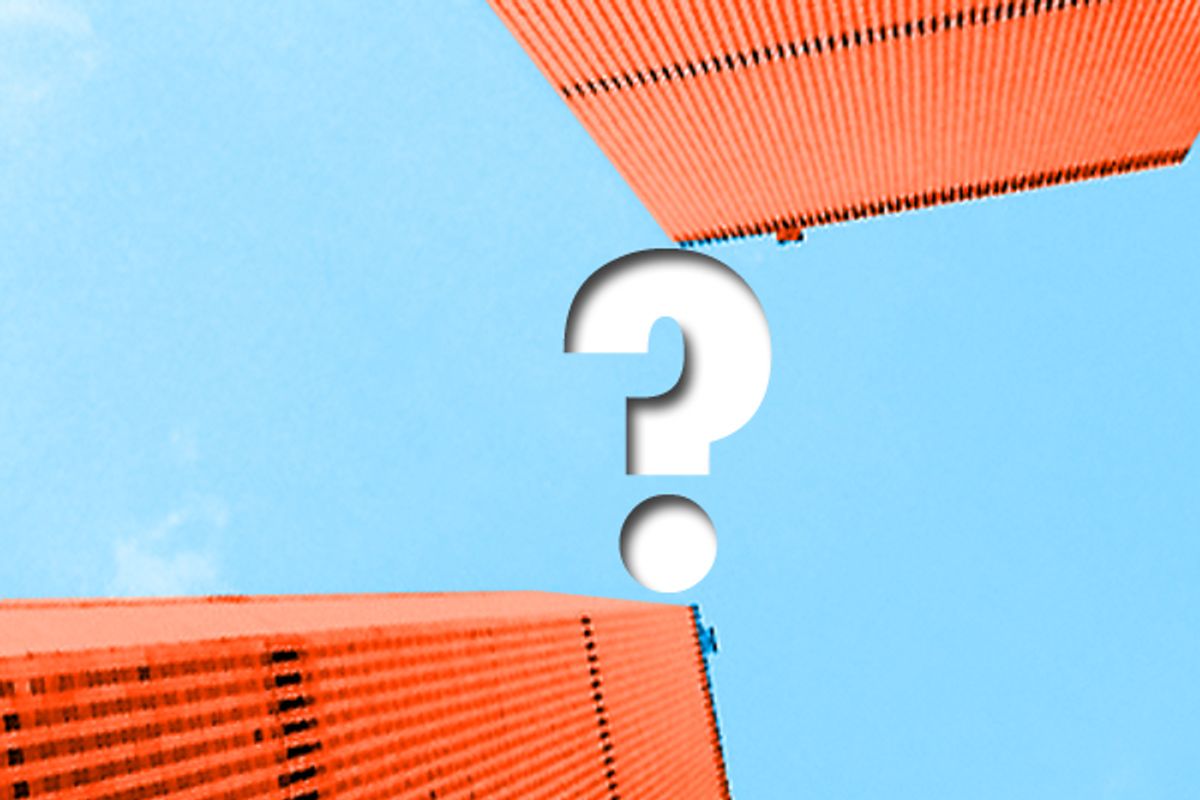 No small part of the public discourse surrounding Sept. 11, 2001, has been polluted by Truthers -- those who believe that the attacks were an "inside job," or that World Trade Center Building 7 was destroyed in a "controlled demolition," or that the Pentagon was hit by a cruise missile, despite no compelling evidence for any of these theories.

Perhaps the most corrosive effect of the 9/11 conspiracy theorists is that they have distracted attention from real unanswered questions about the attacks.

Here, we look at some of the most important of those questions. This is not meant to be a comprehensive list.

What's in the famously redacted 28 pages?

A joint inquiry of the House and Senate intelligence committees produced an 800-plus page report on activity of the intelligence community in connection with the 9/11 attacks, completed in December 2002. But 28 pages were redacted in the public version, all in the section titled "Finding, Discussion and Narrative Regarding Certain Sensitive National Security Matters." It has been widely reported that those pages -- which neither the Bush nor Obama administration have declassified -- deal with links between 9/11 hijackers and Saudi government officials. Newsweek, for example, reported that the section "draws apparent connections between high-level Saudi princes and associates of the hijackers."

As long as those pages remain classified, though, it's impossible to assess the nature of those connections.

What was the role of the Saudi government?

Short of getting a look at those redacted 28 pages, the best source of information on this crucial question is the "The Eleventh Day," a new account of 9/11 by journalists Anthony Summers and Robbyn Swan. Bob Graham, the Florida senator who co-chaired the joint inquiry, told the authors that the investigation found evidence "that the Saudis were facilitating, assisting, some of the hijackers. And my suspicion is that they were providing some assistance to most if not all of the hijackers. ... It's my opinion that 9/11 could not have occurred but for the existence of an infrastructure of support within the United States. By 'the Saudis, I mean the Saudi government and individual Saudis who are for some purposes dependent on the government -- which includes all of the elite in the country."

That's from an excerpt of the book recently published in Vanity Fair.

There has been particular interest in a San Diego-based Saudi national named Omar al-Bayoumi, who in California had extensive contacts with -- and gave money to -- the first two hijackers to enter the United States, Khalid al-Mihdhar and Nawaf al-Hazmi. Bayoumi, along with two other Saudis of interest, was interviewed by commission staffers in Saudi Arabia in 2003-04. None was ever charged with a crime.

Are there 9/11 co-conspirators still at large?

It's not just those Saudi nationals who qualify as possible 9/11 co-conspirators who remain at large. There's also the figure of Anwar al-Awlaki, the American cleric who is now holed up in Yemen and targeted for assassination by the Obama administration. Awlaki had contact with two of the hijackers first as an imam in San Diego and then after he transferred to Falls Church, Va. Awlaki was also questioned but never charged with a crime. Since then "the phone number of his Virginia mosque turned up among items found in an apartment used by accused conspirator Ramzi Binalshibh, who now languishes in Guantánamo," Summers and Swan report.

Who issued the shoot-down order?

Both Dick Cheney and George W. Bush told the 9/11 Commission that, while the attacks were still unfolding, Bush, during a phone call with Cheney, authorized the shoot-down of United 93 by military jets if it approached Washington. That was the plane that ultimately crashed in Pennsylvania after passengers overtook the hijackers. That morning, Bush was on Air Force One and Cheney in a bunker beneath the White House.

The commission report, however, uses muted but telling language that makes it clear there was deep skepticism among investigators about whether Bush ever authorized the shoot-down. "We believe this call would have taken place sometime before 10:10 to 10:15," the commissioners wrote, adding that there was no record of such a call:

Among the sources that reflect other important events of that morning, there is no documentary evidence for this call, but the relevant sources are incomplete. Others nearby who were taking notes, such as the Vice President's chief of staff, Scooter Libby, who sat next to him, and Mrs. Cheney, did not note a call between the President and Vice President immediately after the Vice President entered the conference room.

Cheney was, as vice president, not part of the military chain of command and could not give such an order himself. It's also worth remembering here that Bush and Cheney's April 2004 meeting with the commission was not recorded or transcribed, at their insistence.

Did Iran have any connection to the hijackers?

There's no evidence to suggest that the Islamic Republic played any direct or indirect role in the attacks, let alone have the type of connections between the hijackers and Saudi Arabia. But the 9/11 Commission report did find "strong evidence that Iran facilitated the transit of Al Qaeda members into and out of Afghanistan before 9/11, and that some of these were future 9/11 hijackers." Philip Zelikow, executive director of the 9/11 Commission, complains in a new afterword to the report that "The Commission asked the U.S. government to further examine Iran's pre-9/11 relationship with Al Qaeda. As far as I know, this has not happened."