Presidential candidate sings over clips of death and terror 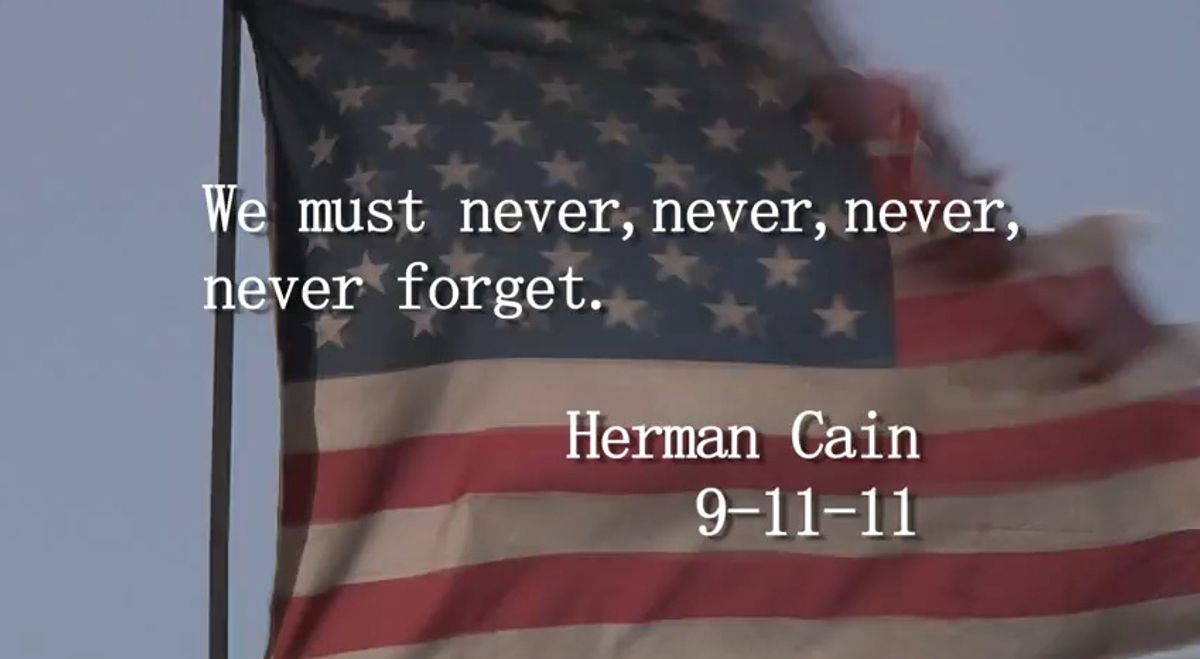 The single most tasteful frame of the entire video.
--

So, Joe Scarborough only produced the second-grossest 9/11 "tribute" video I've seen this week. Herman Cain's presidential campaign produced this monstrosity, in which Cain croons "God Bless America" over footage of the 2001 attacks and their aftermath.

Just a warning: If you don't want to see graphic images of the events of 9/11, including multiple shots of the second plane hitting and the towers collapsing, don't watch this video. (Also, don't turn on your TV this entire weekend.)

I don't even know what to say. I guess Cain can now brag that he's a former pizza magnate and crass exploiter of tragedies for political gain.