Why does the female orgasm exist?

A popular theory has been criticized as male-centric, but it might have unexpected feminist results 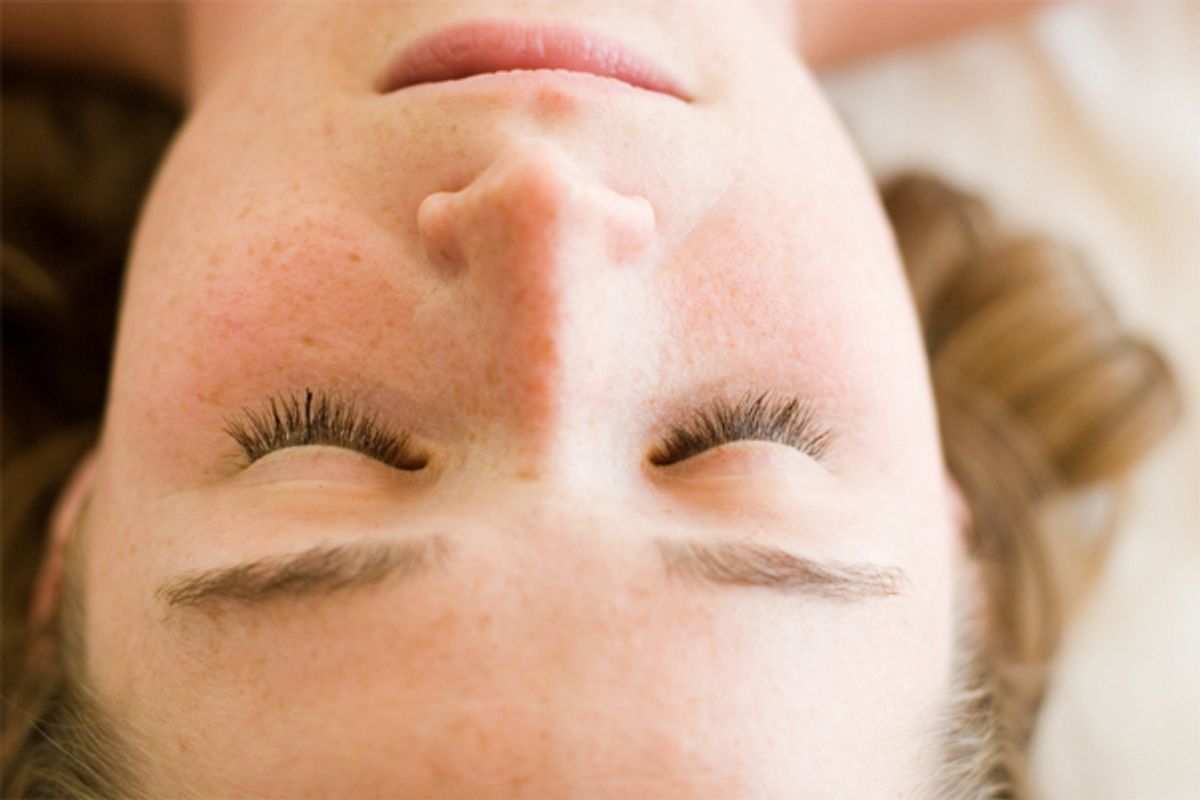 Decades of research have failed to answer the question of why the female orgasm exists -- and two recent conflicting studies on the subject have hardly changed that. Interestingly enough, though, both focus on a theory sure to anger some women: that their ability to climax is the mere byproduct of men's orgasm, which has a clear evolutionary purpose. We may not have proof of this one way or another, but it's worth exploring the potential cultural implications.

The most obvious explanation for the female big "O" is that it motivates women to have more sex, resulting in more babies (or, in wonkier terms, "reproductive success"). Another intuitive theory is that it serves to cement feelings of love and intimacy, thereby supporting parental investment. Then there's the, um, evocatively named "sperm upsuck" theory -- that uterine contractions during orgasm help draw in little swimmers. But many of these approaches have been empirically discredited and it's the "byproduct" theory that has been held in increasing esteem by researchers.

The thinking behind the "male nipples" explanation, as I like to call it, is that women have the tissues and nerve pathways needed for orgasm simply because of their shared embryological origins with males, whose orgasms serve a clear evolutionary purpose. In other words, women have orgasms for the same reason men have nipples. On the face of it, the byproduct theory seems rather male-focused and maybe even anti-feminist. It falls right in step with the Freudian notion of women's penis envy: Men have prominent, easily orgasmic members, while we ladies are stuck with our itty-bitty imitator, the clitoris.

But as Elisabeth Lloyd, a philosopher of biology, argued in her 2005 book "The Case of the Female Orgasm: Bias in the Science of Evolution," "The real problem with this view is that it assumes that in order to be really important, female sexuality, and in particular female orgasm, must have been a direct target of natural selection among females. But there is no reason at all to think that only directly selected traits are 'important.'" She points to examples of valued traits that aren't directly selected: "refined musical ability, the ability to design rockets, and even the ability to read."

On the other hand, it's also possible that the byproduct view could actually support feminist efforts against the so-called medicalization of female pleasure. "If female orgasm is seen as having no particular evolutionary function, but rather as an evolutionary freebie, then many diagnoses of 'Female Orgasmic Disorder' would be out the window, and women anywhere on the spectrum of orgasmic performance might be seen as normal," Lloyd writes in an upcoming article. She argues that this view, which she refers to as the "fantastic bonus" theory, has the benefit of casting "all women as equally 'normal' in their orgasmic responses to heterosexual intercourse. The account expects no particular 'adaptive' set of responses to intercourse, and thus privileges none." Meaning, "women who don’t have orgasm at all are as normal as women who always have orgasm with intercourse."

That just might throw a wrench into pharmaceutical companies' machinations over the potential for a "female Viagra." Speaking of, Leonore Tiefer created the New View Campaign to "challenge the distorted and oversimplified messages about sexuality that the pharmaceutical industry relies on." She wrote me in an email that an orgasm is "a nice thing," but "it doesn't last very long, and it's not the easiest thing to have, so I think it's overrated." Tiefer, a psychiatry professor at New York University, quoted journalist Malcolm Muggeridge: "The orgasm has replaced the cross as the focus of human longing and fulfillment." That line, she says, "summarizes for me the symbolic importance of the orgasm in contemporary life." As for the uncertainty surrounding it, she says: "It's mysterious, I think, because its symbolic value is so high (it 'proves' to a partner and to oneself that one is sexual, satisfied, fully female) and yet the material essence is complicated."

Carol Queen, a legendary staff sexologist at Good Vibrations, isn't convinced that the female climax is an inherently enigmatic creature. "The idea that women's orgasm is mysterious is simply cultural, and it has developed in a culture that actively refuses to give its youth good information about sexual functioning, especially arousal and pleasure, and which is loaded with subcultures and communities that actively encourage fear of sex, shame, body image issues, confusion about what sex 'means,' and other responses that distance people from sexual possibility and pleasure," she says. "The idea that women have a difficult time having access to pleasure, or scientists can't imagine why on earth that pleasure is valuable -- that's just another layer of icing on this icky cake."

Ultimately, of course, the cultural outcome and feminist analysis of the byproduct theory say nothing of its actual scientific merits. As Lloyd says, "I am not a believer in deriving social norms from biological findings, whether they're about adaptations or not." The cultural importance of the female orgasm doesn't have to be determined by its evolutionary origins. So much in our sexual lives is disconnected from baby-making. And let's not forget one of the things the birth control pill taught us: separating pleasure from reproduction can be tremendously empowering -- and fun.