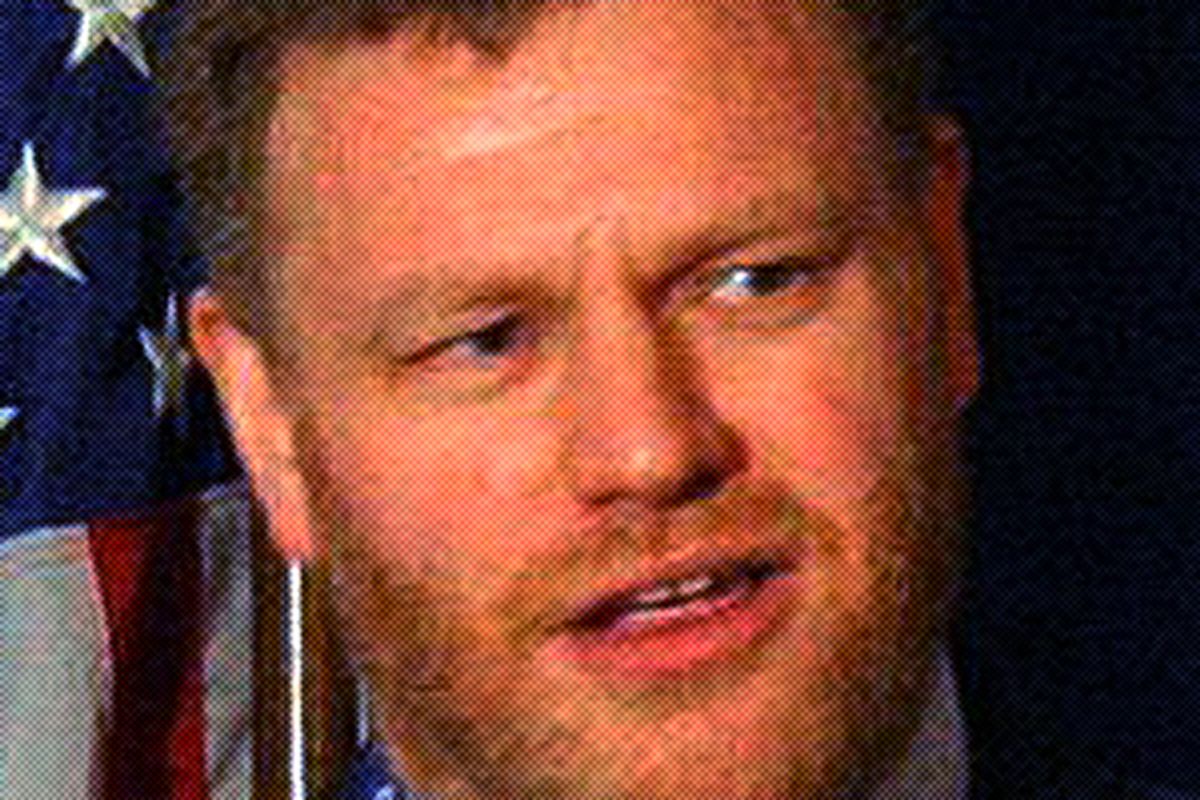 In his new book, "After America: Get Ready for Armageddon," conservative provocateur Mark Steyn takes direct aim at the dogma of "American exceptionalism," an ideological framework that now plays a role in American conservatism roughly equivalent to that which Marxism-Leninism played in the Soviet Union (everything that happens supports it, and nothing that happens can disprove it). Refreshingly, Steyn evidences little patience for the idea that America is unique in some fundamental and eternal sense. As he writes in the introduction:

"The United States joined the rest of the cosseted Western world in voting itself a lifestyle it was not willing to pay for ... the ‘bubble’ is not the property market or cheap credit. The bubble is twenty-first century America itself, from the financial sector to a wretched education system culminating in languorous, undemanding ‘college’ courses whose absurd soaraway prices were affected not a jot by the economic downturn."

Indeed, if Steyn’s book has a unifying theme amid its many digressions and tangents, it’s that America, due to pervasive mismanagement and fecklessness, is headed for a major decline in power and influence. Compared to some of the magical thinking about America’s role in the world that characterizes today’s intellectual right -- Charles Krauthammer, for example, once gave a speech whose thesis was that "decline is a choice" -- Steyn’s is admirably realistic about America’s declining influence, and some of his predictions (he’ll surely be appalled to learn) actually mimic those of many leading progressives.

But the larger picture that Steyn paints is confused and internally inconsistent to such an extreme extent that it’s not clear he actually means any of "After America" to be taken seriously. Steyn, a prolific and witty writer, is a prime example of the extent to which contemporary conservative commentary generates negative value added.

"Negative value added" is a somewhat esoteric economic concept I became familiar with in graduate school. In the wake of the Soviet collapse, Boris Yeltsin and his advisors set out on a course of economic "shock therapy." It was hoped that the moribund economy would be "shocked" back to life by the rapid introduction of market prices. However, since Soviet industrial firms had never operated in an environment of market prices and had instead received unaffordably lavish state subsidies, almost all of their manufacturing techniques were hopelessly inefficient. Some firms, in fact, were so epically mismanaged and horrifically uncompetitive that they generated negative value added; the sum total of their activity and efforts actually subtracted value from the raw materials they used as inputs.

So although his demolition of the claptrap of "American exceptionalism" is most welcome, Steyn’s parallel attempts to prove that "statism" is the source of all of the world’s problems (from increasing obesity to stagnating median wages) and that the Islamic world, particularly Iran, is ready to run roughshod over an effeminate and degenerate West, relies on such a tendentious and selective presentation of facts that it actually winds up subtracting from his readers’ understanding of what is actually going on in the world.

According to Steyn, Europe is in a demographic death spiral caused by statism and, at a deeper level, the loss of religious belief and "civilization confidence." Iran, on the other hand, is on the fast track to becoming the dominant power in the Middle East.

Yes, in reality, in 2009, Iran’s fertility rate, which Steyn uses as a heuristic for a society’s overall health, was actually lower than that of Brazil (barely mentioned in "After America"), the United States (doomed, according to Steyn), France (even more doomed, according to Steyn), or the United Kingdom (which is well and truly f*****). If an Islamic revolution and the full-fledged implementation of hardcore Shariah enforced by "morality police" can’t keep Iran’s fertility rate from rapidly collapsing, perhaps the "problem" of declining fertility is actually better explained by the basic pressures of modernity than by the craven adoption of liberalism.

Consider the experience of Muslim countries like Morocco, Algeria and Tunisia. Despite not being "liberal" in any recognizable sense of the word (indeed, being almost the exact opposite of the coddling social-democratic "nanny states" that Steyn blames for the West’s decline), these countries all experienced sustained and rapid decrease in fertility over the past 20 years. Today, according to the CIA World Factbook, Tunisia and Algeria are below replacement rate (the number of children required to keep a population at a constant level) and several other Muslim-majority countries are right on the cusp. Steyn avoids the problems these facts present for his thesis through the simple and effective tactic of not mentioning them.

Steyn’s knowledge of demographics is remarkably confused. In the concluding chapter, for example, he argues that "much of America is now in need of an equivalent to ... post-Soviet Eastern Europe’s economic liberalization in the early nineties."

He seems unaware that fertility rates collapsed during Eastern Europe’s experiment with economic liberalization. Indeed, not a single post-communist Eastern European country has yet regained the level of fertility it had at the time of communism’s collapse:  Once again, Steyn avoids the problems this presents for his thesis by simply leaving it unmentioned.

What I take away from Steyn’s sincere but confused attempt at comparative demographics is the following: He confidently predicts the future supremacy of countries (Iran) that are doomed according to metrics of his own choosing (the total fertility rate) while simultaneously making policy prescriptions (radical economic liberalization) that, when implemented in other countries, have had the effect of exacerbating the trend (decreasing fertility) he’s attempting to reverse.

Steyn has a habit of rapidly alternating between reasonable observation and fact-free raving,  making it one of the more disorienting book I’ve ever read. To take one example among the dozens scattered throughout the book, let’s look at what Steyn has to say about the role of the "Anglosphere" during the Second World War:

The Usual rap against the Security Council is that it’s the Second World War victory parade preserved in aspic, but, if that were so, Canada would have a greater claim to a permanent seat than either France or China. The reason Ottawa didn’t make the cut is because a third anglophone nation and second realm of King George VI would have made too obvious a simple truth: that, when it mattered, the Anglosphere was the all but lone defender of civilization and liberty.

There is so much that is wrong with this paragraph it’s hard to know where to start. First of all, China started fighting the war in 1937, a full two years before the British Empire became involved, which means that the Chinese actually fought the longest of all the allied belligerents. Additionally, in comparison to the Canadians, the Chinese suffered casualties on an entirely different order of magnitude: Roughly 50,000 Canadian soldiers died in the war in comparison to somewhere between 3 million and 4 million Chinese soldiers and another 10 or so million civilians.

More important than the sheer number of casualties, though, was the fact that stubborn Chinese resistance and unrelenting guerrilla warfare forced the Japanese to keep massive quantities of men and materiel in China (at times more than half of the entire imperial army), forces that could otherwise have been used to attempt to stymie the Americans and resulted in far greater losses. To suggest that Canada deserved a seat on the postwar Security Council more than China is not a serious argument, and can only be made with the, seemingly deliberate, omission of a number of important facts.

Steyn presents a depressing account of the steady erosion of American liberty that keeps a laser-like focus on the petty indignities of modern life. Is it ideal that in 21st century America you need to get a large number of permits before opening a small business? No, I suppose it’s not. Some licensing and regulatory requirements make no rational sense. But you know what’s a lot worse than waiting in line at city hall for permits? Being exposed to pervasive terrorism and mob violence, while simultaneously and systematically being excluded from all public institutions, simply because of the color of your skin. That was the lived reality of tens of millions of African-Americans over the course of many decades. The abolition of Jim Crow is just one of the massive and noteworthy advances for human freedom and dignity that are entirely and utterly absent from Steyn’s account.

The rapid and commendable progress achieved by women, gays and minorities has no place in "After America" because of Steyn’s quite remarkable ability to ignore the perspectives of the various "others" who haunt the pages of his book. Consider his pithy formulation:

"After the slaughter of 9/11, the civilized world fought back, hit hard, went on the attack, rolled up the Afghan terrorist camps, toppled the Taliban. In the battle cry of a soon forgotten man called Todd Beamer, ‘Let’s roll!’

After the Danish Cartoons, we weaseled and equivocated and appeased and apologized, and signaled that we were willing to trade core Western values for a quiet life. Let’s roll over! It’s a lot less effort."

The Danish cartoon controversy took place early in the fall of 2005. During the next six years, supposedly a period of rank appeasement and cowardice, the United States continued to militarily occupy two Muslim countries it had recently invaded (Iraq and Afghanistan), bombed four others (Somalia, Libya, Pakistan and Yemen), placed "crippling" economic sanctions on yet another (Iran), and ran a worldwide torture regime in close cooperation with the intelligence services of various "pro-Western" dictators such as the reviled, and now deposed, Hosni Mubarak, Moammar Gadhafi and Zine El Abidine Ben Ali.

Steyn simply doesn’t even attempt to rebut the rather obvious counterargument that the United States and its allies are detested by large number of Muslims not for their "freedom" but for their habit of militarily intervening in various Muslim countries and closely supporting unpopular pro-Western dictators.

Far from being a weakness, though, Steyn’s myopia is what makes him a far better weaver of narratives than many America conservatives. Steyn’s wit and pen are sharp, but it is his utter lack of interest in either doing justice to the alternate liberal explanation, or in placing his observations inside any sort of broader context, that gives his prose its power and rhythm.

Yet while it is an entertaining read, as a practical guide to understanding the world, "After America" is so tendentious and selective as to be value subtracting -- people who read it will end up with an extremely distorted view of a number of important topics, and will imagine that "the government" is some sort of almost supernatural and constantly growing malevolent force.

However, as a window into the mind-set of the contemporary right (equal parts resentful, angry, confused and uninformed), it is invaluable. If you want to understand the viewpoint of those Americans -- primarily, but not exclusively, older whites -- who are angry with where the country is headed, you could do quite a lot worse than read this book.

Books To Watch Out For