New poverty figures show a big jump in the number of poorest Americans. Meanwhile, the middle class is disappearing 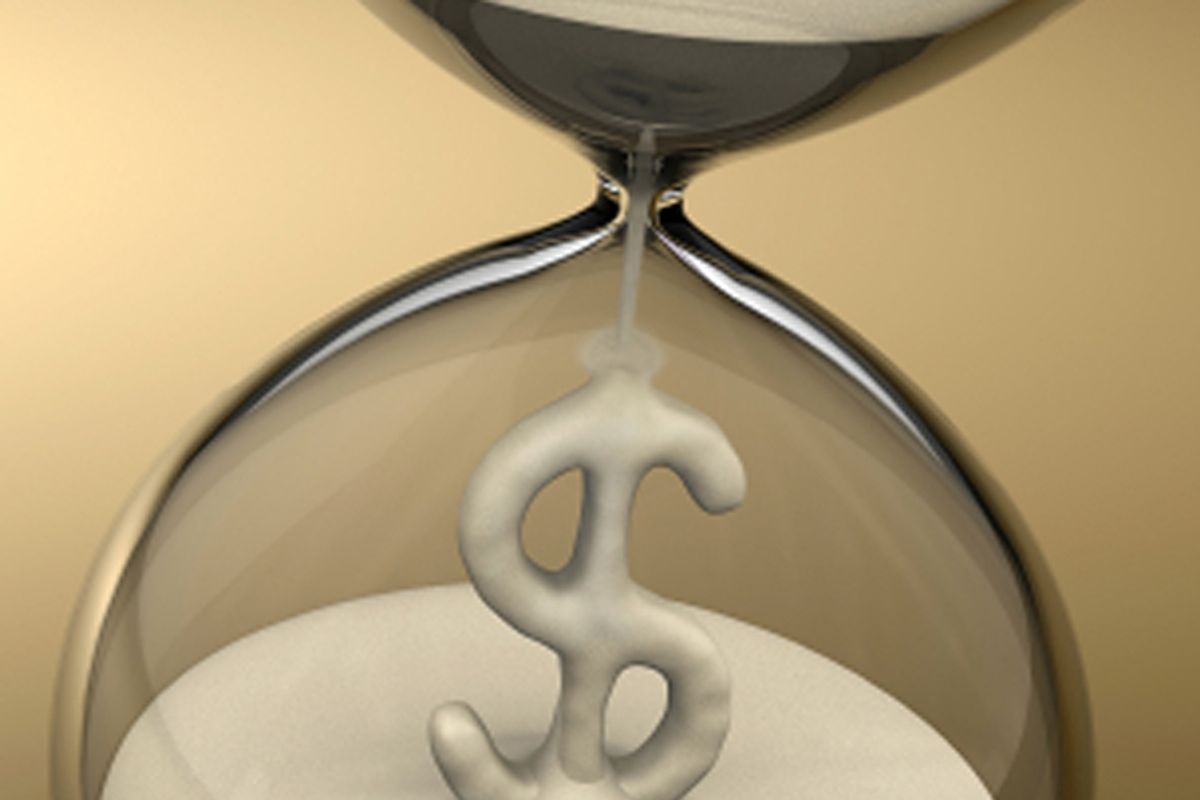 Tuesday morning's release of poverty data from the Census Bureau confirms what many critics of growing income inequality already knew: The United States is doing a better and better job imitating the social stratification of what we used to call, dismissively, "third world" countries.

The poverty rate in 2010 rose to an embarrassing 15.1 percent, up from 14.3 percent in 2009. "There were 46.2 million people in poverty in 2010, up from 43.6 million in 2009 -- the fourth consecutive annual increase and the largest number in the 52 years for which poverty estimates have been published," reported the Census Bureau.

Put these numbers together with what we already know about how the rich are faring in the U.S. -- the top 10th of 1 percent takes home about 24 percent of all American wealth -- and we have stunning confirmation of what a Citigroup analyst has labeled the "consumer hourglass economy."  The wealthy are doing fine, while the number of those living in poverty grows, and the middle ... the middle is just disappearing.

The Wall Street Journal reported on Monday that big American consumer product companies are beginning to split their product offerings between retail lines aimed either at the low end or the high end.

Now, P&G executives say many of its former middle-market shoppers are trading down to lower-priced goods -- widening the pools of have and have-not consumers at the expense of the middle....

A wide swath of American companies is convinced that the consumer market is bifurcating into high and low ends and eroding in the middle. They have begun to alter the way they research, develop and market their products.

Food giant H.J. Heinz Co., for example, is developing more products at lower price ranges. Luxury retailer Saks Inc. is bolstering its high-end apparel and accessories because its wealthiest customers -- not those drawn to entry-level items -- are driving the chain's growth.

But here's the kicker:

To monitor the evolving American consumer market, P&G executives study the Gini index, a widely accepted measure of income inequality that ranges from zero, when everyone earns the same amount, to one, when all income goes to only one person. In 2009, the most recent calculation available, the Gini coefficient totaled 0.468, a 20 percent rise in income disparity over the past 40 years, according to the U.S. Census Bureau.

"We now have a Gini index similar to the Philippines and Mexico -- you'd never have imagined that," says Phyllis Jackson, P&G's vice president of consumer market knowledge for North America. "I don't think we've typically thought about America as a country with big income gaps to this extent."

The new numbers from the Census Bureau peg 2010's Gini coefficient at 0.469, which, statistically speaking, doesn't represent a significant change in income inequality as compared to 2009. However, the Bureau notes, "changes in shares of aggregate household income by quintiles showed a slight shift to more inequality." So the basic trend is still depressingly in place.

It's not hard to understand what is happening here. The middle class, squeezed by globalization and advances in technology, is sinking backward, while the rich benefit disproportionately from gains in trade and excessively accommodative tax policy. Politically speaking, the obvious prescription would be to raise taxes on the rich and create jobs for the middle class. Unfortunately, the current Republican Party seems to think that the income demographics of the Philippines are something to be aspired to, instead of fixed.