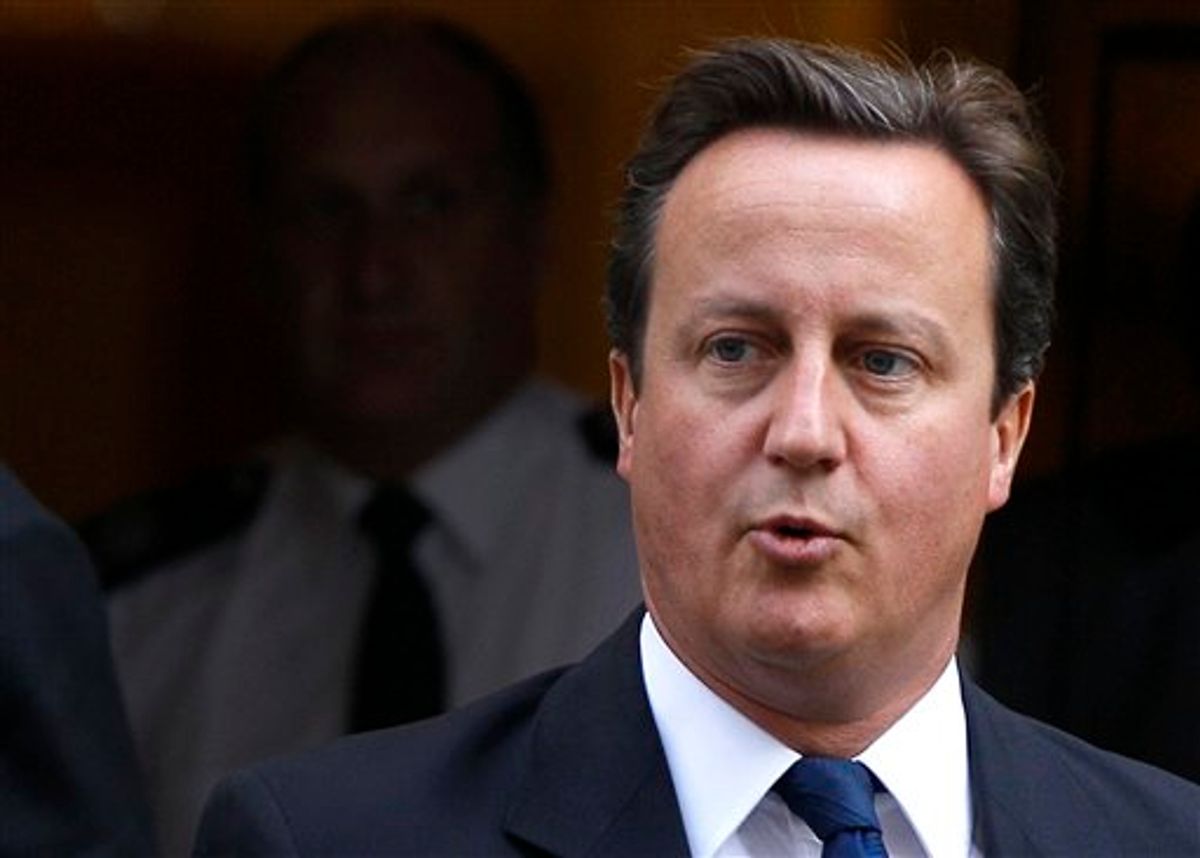 British Prime Minister David Cameron has sent a strong message to Moammar Gadhafi and his followers still waging war in Libya to "give up" the fight, warning that NATO's mission will continue "as long as it is necessary" to protect Libyans.

Cameron spoke at a press conference alongside French President Nicolas Sarkozy on Thursday -- the first world leaders to travel to Libya since revolutionary forces seized the capital and ousted Gadhafi. Both countries led international support for the rebellion.

To Gadhafi and his supporters, Cameron said "It is over, give up" and added: "Anyone who thinks Gadhafi has any role (in ruling the country) should forget it." Sarkozy, meanwhile, promised to support Libya's new rulers, saying Gadhafi will be brought to justice but urging Libyans to avoid "vengeance."

Sarkozy says Libyans should "preserve unity" and "seek reconciliation" within its people, urging "no vengeance, no retaliation."