Unless Congress forces disclosure, money will prevail over democracy in budget cutting 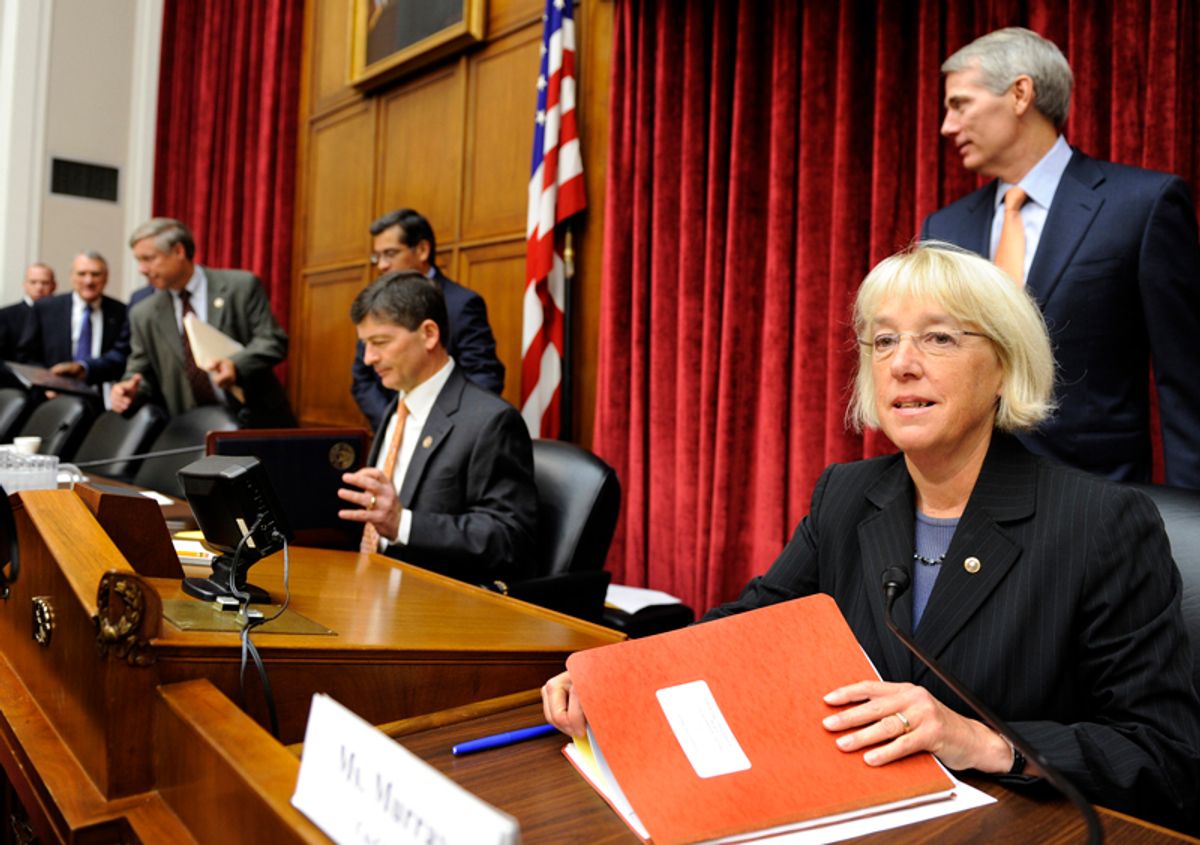 All summer, NFL owners and players faced off in bare-knuckled negotiations that threatened to scotch this year's season. In the end, they reached a compromise. Americans have been cheering since last Thursday's first game.

The NFL opener coincided with the start of negotiations among members of the congressional supercommittee, tasked with crafting a long-term financial plan for our country. Unfortunately, the prospects for a crowd-pleasing, conciliatory ending seem much less likely.

This powerful committee held its first public hearing on Tuesday. Its "fans" -- corporate lobbyists of all stripes -- went wild, rushing the Capitol and positioning to get the biggest bang for their clients' bucks. One candidly revealed his best offensive strategy: "writing 12 really large checks." No doubt prominent campaign contributors of past elections, like the telecom giant AT&T and the abortion-rights advocate Emily's List, are also expecting front-row seats.

But, in the words of Supreme Court Justice Elena Kagan, "Democracy is not a game." The committee's choices will set the nation's fiscal course for years -- if not decades -- to come, and will affect virtually all American voters, industries and communities of interest. The stakes couldn't be higher.

There is only one way to ensure that committee members (the "supers") stay super-focused on the general good rather than personal gains: through robust transparency. All potentially corrupting outside influences -- large campaign contributors, lobbying contacts and fundraising relationships with outside political groups -- must be made public.

The reasons for the first two are obvious. Real-time disclosure of large campaign contributions made to supers while they are deliberating is a key way for the American people to ascertain who is trying to curry favor now. Indeed, there is bipartisan support to impose a tight deadline upon such contributions -- a rarity in today's polarized political environment.

In early August, Sen. David Vitter, R-La., introduced the Super Committee Sunshine Act, which would force committee members to disclose contributions over $1,000 within a 48-hour window. In his words, "Given the important work this committee will be doing over the next four months, it's just plain good government for the public to know what special interests are trying to influence the committee."

Disclosing lobbying contacts is just plain common sense. As the Washington Post recently reported, almost 100 registered lobbyists who used to work for members of the supercommittee now represent "defense companies, health-care conglomerates, Wall Street banks and others with a vested interest in the outcome of the panel's work." And, half of the supers currently employ former lobbyists on their staffs. These close connections already raise the suspicion of backroom dealings. Holding meetings in secret does nothing but confirm our worst suspicions.

Unfortunately, both these bills are currently languishing in committee, and are not likely to see the light of day unless public attention forces congressional leaders to act. Even so, these measures are not enough.

The supers must also be forced to disclose their involvement in soliciting funds for supposedly independent groups that seek to influence politics. These groups -- like SuperPACs, 501(c)(4)s, and trade organizations like the Chamber of Commerce -- play an outsize role in today's elections, and can be designed to shield tit-for-tat arrangements with specific candidates. Without transparency, special interests could funnel political dollars for supers through friendly third-party groups with no disclosure obligations, ensuring that their political largess never becomes public.

Supers have certainly benefited from outside spending in recent elections. In her tight reelection last year, Sen. Patty Murray, D-Wash., enjoyed more than $9 million of outside spending, helping her squeak by her Republican opponent, Dino Rossi. Sen. Pat Toomey, R-Pa., spent years as the president of the anti-tax Club for Growth, a group that spent $8.2 million on independent expenditures last election cycle. As supers anticipate future hard elections, there is no question they will want these heavy-hitting political players on their side.

The temptation to promise political favors today for electoral support tomorrow will be hard to resist. The only solution is full transparency. After all, our democracy is on the front line.