The Socrates you don't know 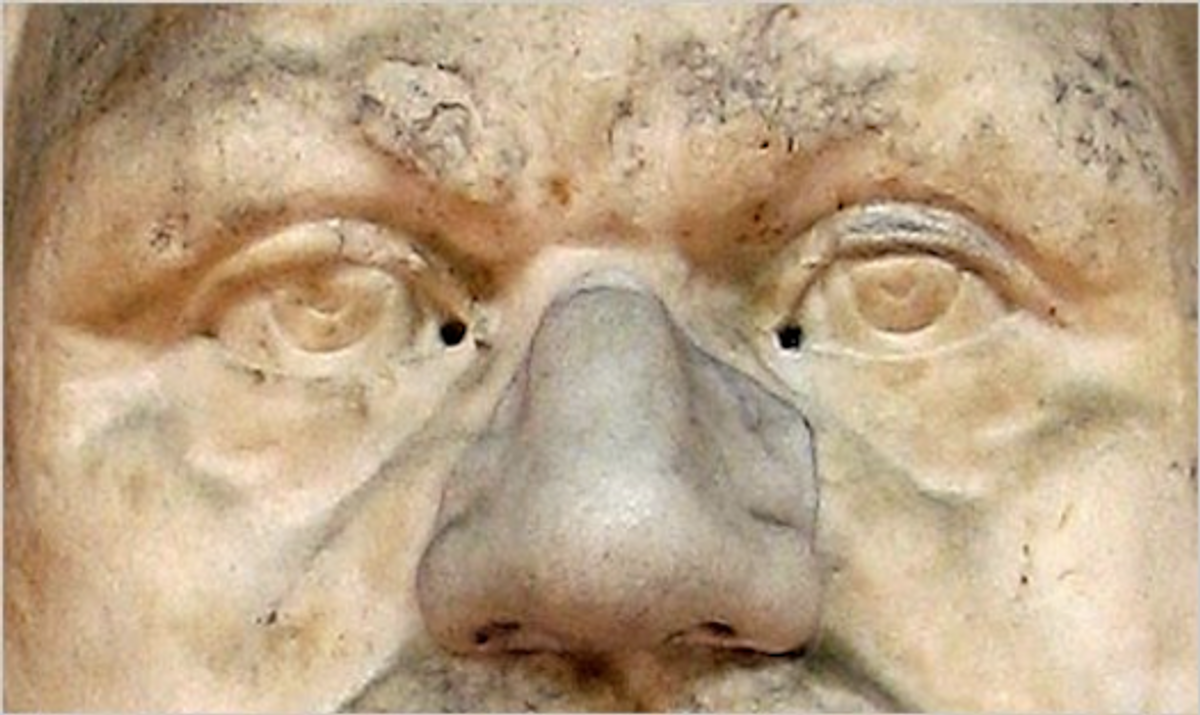 This year marks the hundredth anniversary of the Loeb Classical Library, one of the most remarkable publishing projects in modern history. Yet as with everything book-related in the year 2011, the Loeb centenary carries with it a touch of wistfulness, and an uncertainty about the future. For the Loeb classics are the monument of a book culture that now seems on the wane -- a culture that prized the making and owning of physical books, not just for the pleasure of turning the pages, but from a sense that the book was the natural, predestined vessel of every expression of human thought.

The mission of the Library is the same today as it was in 1911, when it was founded by James Loeb: to make the whole of Greek and Latin literature available to the amateur scholar and the common reader, by producing inexpensive editions of the classics with English translation on facing pages. Loeb himself was a remarkable figure, the scion of a German-Jewish banking dynasty who devoted himself to cultural philanthropy of the highest order -- among other things, he helped found the music school that became Juilliard. But it was the Classical Library that turned the name "Loeb" into a common noun. Originally published by the British firm Heinemann, the American distribution of the Library was turned over to Harvard University Press in 1933. Since 1989 it has been reinvigorated with a program of new, up-to-date translations, which drop the age-old schoolmaster's habit of veiling explicit sexual references with euphemism, or simply leaving them untranslated.

Over the years, the Loeb as physical object has become instantly recognizable to bibliophiles: uniform, small-format hardcovers, with green covers for the Greek titles and red for the Latin. So familiar and covetable are the Loebs that Harvard University Press recently marked the 100th anniversary by inviting readers to send in photographs of their collections. What makes such images tantalizing is their promise of completeness. There are now 518 volumes in the Loeb Classical Library -- just enough to make the idea of owning and reading them all seem an attainable challenge. The earliest authors in the Loeb catalog, Homer and Hesiod, wrote in the 7th century BCE; the latest, the Anglo-Saxon monk Bede, wrote in the 7th century CE. Here, then, is 1,400 years of human culture, all the texts that survive from one of the greatest civilizations human beings have ever built -- and it can all fit in a bookcase or two. To capture all the fugitive texts of the ancient world, some of which survived the Dark Ages in just a single moldering copy in some monastic library, and turn them into affordable, clear, sturdy, accurate books, is one of the greatest accomplishments of modern scholarship -- and one of the most democratic.

For me, certainly, the Loebs have been an indispensable introduction to classical literature and thought, despite my knowing only a little Latin and no Greek. In the coming weeks I will discuss a few examples of the way reading the Loebs can enrich, or even overturn, our usual picture of the ancient world. And there's no better place to begin such an anniversary tribute than by using the Loebs to triangulate the greatest man of antiquity -- Socrates himself.

There is, of course, a major irony in this, because Socrates himself never wrote a word. When he invented what we now call philosophy in Athens in the 5th century BCE, it was simply by taking people aside and talking to them. In many of these dialogues, as Plato re-creates them, Socrates does not even have a lesson to teach. His goal was simply to make his interlocutors recognize that their own common-sense ideas, on subjects like virtue and piety and beauty and politics, were hopelessly confused. When the oracle at Delphi proclaimed that Socrates was the wisest man in Athens, he explained that this simply meant that he was the one man who knew that he knew nothing. But this subversive Socratic irony was enough to make him one of the most notable -- and controversial -- figures in a city teeming with historic personalities. And it led, finally, to his execution, on the grounds that Socrates denied the existence of the gods and perverted the morals of the young.

This, at any rate, is the story as we know it from Plato, Socrates's great pupil and chronicler. Plato's dialogues appear in the Loeb Classical Library in 12 volumes, and in almost all of them Socrates is the main character. But it has always been a matter of debate whether the Socrates Plato writes about is a faithful reflection of the man who walked the streets of Athens. Certainly in the middle and later Platonic dialogues, Socrates seems to become more a mouthpiece for Plato's own elaborate metaphysical doctrines than the straightforward "gadfly" of the early dialogues.

That's why the most revealing Socratic texts in the Loeb Library are not Plato's dialogues, but the works of Xenophon and Aristophanes. Unlike Plato, neither of these men was primarily a philosopher: Xenophon was a soldier, whose most famous work, the Anabasis, deals with his experiences in an ill-fated mercenary army in Mesopotamia. And Aristophanes was a playwright, one of the most popular in the great age of Athenian drama, known as the "Father of Comedy." Both, however, knew Socrates well enough to write about him, and the images they provide are fascinatingly different from the received Platonic one.

Two of Plato's best-loved works are the "Apology," which records Socrates's speech in his own defense while on trial for his life, and the "Symposium," an account of a drinking party in which Socrates explains his most sublime ideas about the spiritual power of love. The Socrates of these texts has become one of the central figures in Western history, a secular equivalent of Jesus. It's a shock, therefore, to turn from Plato's Symposium to Xenophon's, where Socrates seems more like a conventional, commonsensical moralist. Plato's Socrates argues that love begins with physical desire -- specifically, the desire of a man for a beautiful adolescent boy -- but then "mount[s] for that beauty's sake ever upwards, as by a flight of steps," until "he contemplates Beauty itself," the ideal, immortal form.

Xenophon's Socrates, too, thinks that lust for a beautiful boy is an inferior form of love, but his reasoning is merely pragmatic: "For, to my way of thinking, the man whose attention is attracted only by his beloved's appearance is like one who has rented a farm; his aim is not to increase its value but to gain from it as much of a harvest as he can for himself. On the other hand, the man whose goal is friendship is more like one possessing a farm of his own; at any rate he utilizes all sources to enhance his loved one's worth." This sounds uncomfortably like the idea that you won't buy the cow if you can get the milk for free. At any rate, it's not the kind of thing that would inspire millennia of reverence for Socratic wisdom.

At another moment in Xenophon's Symposium, one of the guests sarcastically asks Socrates, "But tell me the distance between us in flea's feet; for people say that your geometry includes such measurements as that." Here is a sign that, to those who actually knew Socrates, he was not always the beloved master Plato writes about; he could also appear, to the ignorant or hostile, as a mere peddler of useless intellectual tricks, a Sophist.

Specifically, this joke of Xenophon's is a direct allusion to Aristophanes's play "The Clouds," which took second prize in an Athenian play-contest in the year 423 BCE. In "The Clouds," Socrates is still less impressive than he is to Xenophon: He is portrayed as an outright figure of ridicule, a buffoon-intellectual who explores "high mysteries" such as "How many feet of its own a flea could jump." He solves this problem, Aristophanes writes, "Most cleverly./He warmed some wax, and then he caught the flea,/And dipped its feet into the wax he'd melted;/Then let it cool, and there were Persian slippers!/These he took off, and so he found the distance."

In "The Clouds," Socrates literally has his head in the clouds -- he appears onstage aloft in a basket, so he can be closer to the heavens -- and he worships empty clouds instead of the old Greek gods. He gets his comeuppance at the end of the play when his school is burned down by an aggrieved student, who moans, "how mad I must have been/To cast away the Gods for Socrates." It is a comic ending, but read in the light of Socrates' actual fate -- the trial for blasphemy, the hemlock -- it reads sinisterly.

Pursuing the figure of Socrates through the Loeb Classical Library leads, then, to troubling conclusions. There's no reason to think that Xenophon's dull moralist or Aristophanes's comic foil is closer to the real Socrates than Plato's philosopher -- rather the contrary, since Plato was the closest to Socrates of any of them. But the three portraits are a reminder that we have no direct access to the real Socrates, whoever he was. We have only interpretations and texts, which both reveal and conceal -- just as ancient Athens has exercised such enormous sway on the imagination of the world based solely on the texts and images it left behind. Even so, the Loebs' promise of completeness is spurious -- after all, the Library can only give us what survives from 2,500 years ago, which is a tiny fraction of what the Greeks and Romans wrote. (We have 11 plays by Aristophanes, but we know he wrote 40.) The image of the Loebs on the bookshelf is an emblem of total knowledge, yet the totality is an illusion -- even if it's the kind of illusion that may be more intellectually empowering than truth.