Bachmann: It's ok to spread lies about vaccines because I never said I'm a doctor

After claiming that the life-saving HPV vaccine causes "mental retardation," the candidate declines to apologize 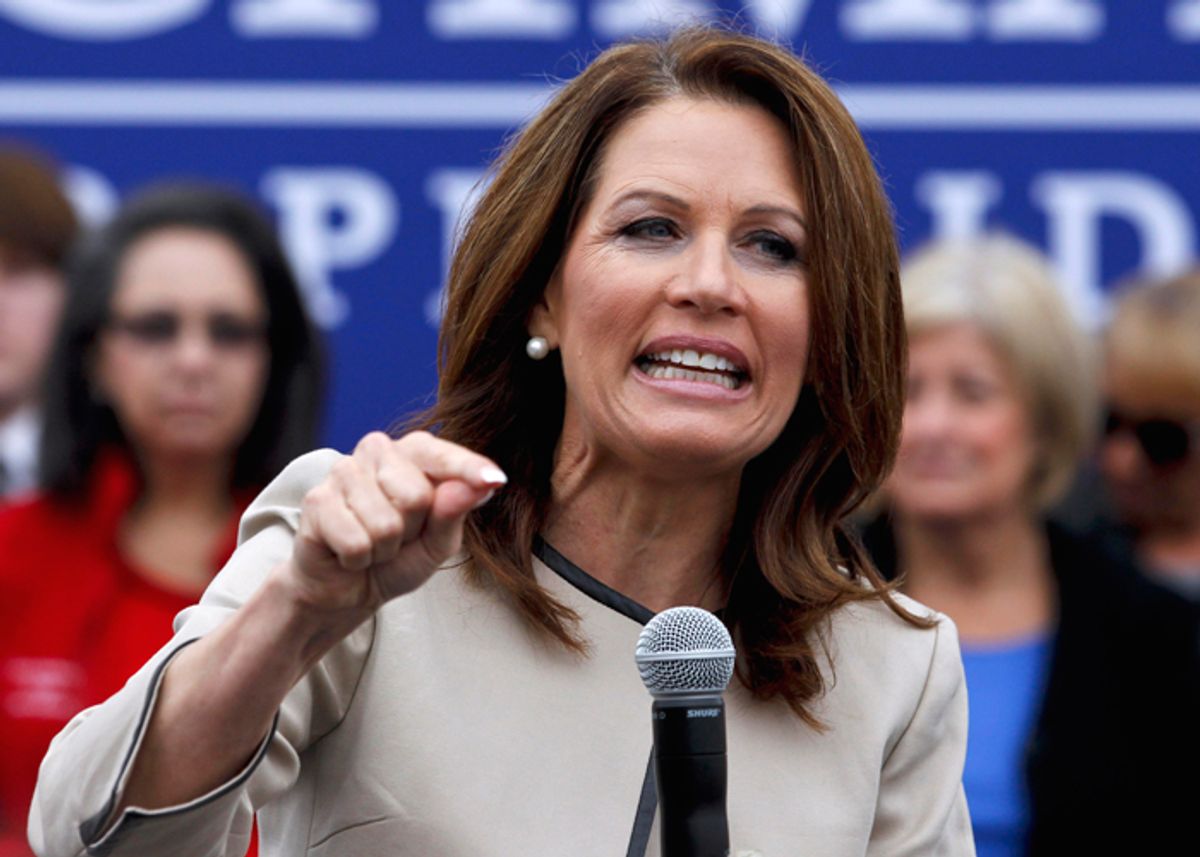 The other day, Michele Bachmann said that the HPV vaccine made someone "mentally retarded," which is not only untrue but also the sort of remark that leads to parents denying their children vaccines that could save their lives.

When confronted on this, after a few days of both liberals and conservatives decrying her, Bachmann did not really apologize or correct the record. Instead, she said it's OK for her to say things like that because she never told anyone she's a doctor. As long as you don't lie about a doctor, you can claim anything you like about medical matters, on TV, and it's OK! (I'm not a doctor but I heard that if you make your baby wear a onesie with a "funny" slogan on it your baby will die.)

From the San Francisco Chronicle:

"I didn't make any statements that would indicate I'm a doctor, I'm a scientist, or making any conclusions about the drug one way or the other," she said, adding she was merely relating the concerns of a woman who was "very distraught" and who supported her view that Perry's actions were wrong.

Asked specifically if she would apologize for the HPV comments, Bachmann said, "I'm not going to answer that question."

So, no, she will not apologize for that. She won't apologize because she still needs the HPV issue to hammer Rick Perry, which she is still attempting to do.

Michele Bachmann, by the way, did used to campaign around Minnesota as "Dr. Michele Bachmann." Bachmann called herself "Dr." because she has a J.D. from Oral Roberts University. (While some lawyers argue the point, "Dr." is generally reserved for medical doctors and people with Ph.D.s.) But she hasn't called herself "Dr." recently, so make sure not to take any medical advice from her.