The private life of Karl Marx 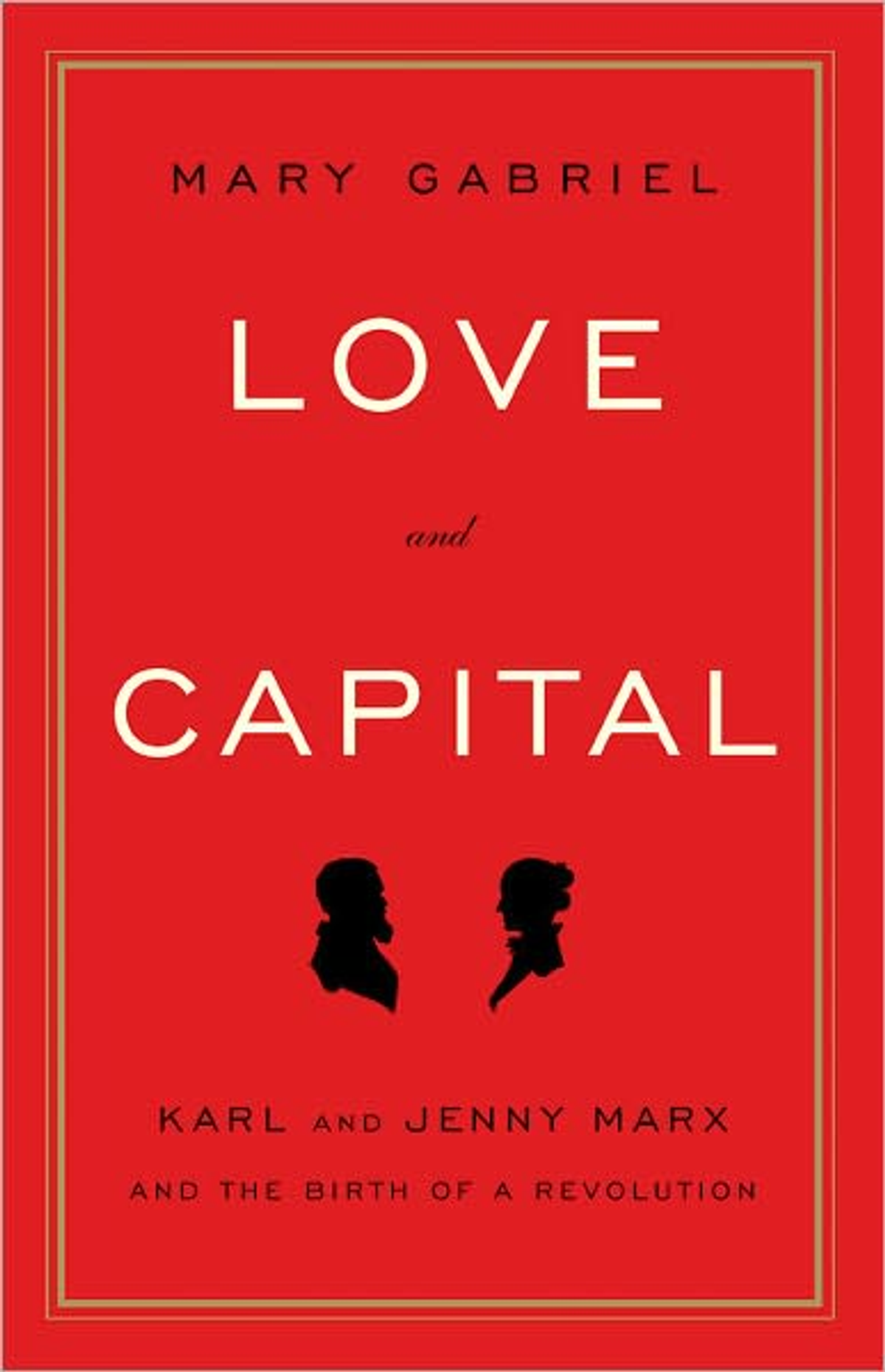 Karl Marx did not know what we know: he did not know that he was Karl Marx. Had this knowledge been available to him, it would have consoled him during the many moments when he wondered whether his life's work would matter to anyone, whether the sacrifices he and his family endured in the process of constructing the edifice of his thought would ultimately be justified by his role in history. Perhaps even we, with the benefit of hindsight, still cannot answer that question: whether the effects of his work have been good or bad, on the whole, is an impossible question to answer, given the impossibility of imagining a Marx-less twentieth century. It cannot be doubted, though, that Marx had a profound and radical impact on that century and will continue to matter for the foreseeable future. The man who sometimes expressed skepticism about the power of ideas to alter reality and who famously wrote, "Philosophers have tried to describe the world -- the point is to change it," could not possibly have known the extent to which his ideas would alter the course of world events.

The influence of Marx's ideas has been so momentous that at this point the name Karl Marx hardly even seems to attach to a person. It is easy to forget that a human being stands behind those voluminous and forbidding books, and the even more forbidding system of thought those books express. As Mary Gabriel's new biography of the Marx family, "Love and Capital," makes clear, though, Marx was indeed human: a philosopher and revolutionary thinker, yes, but also a husband and father who loved his family and who experienced a tremendous anxiety over his failure to provide for them.

Marx's more human aspects have been played down by both his detractors and his supporters. Some Marxists, Gabriel notes, went so far as to try to suppress knowledge not only of certain scandalous aspects of their idol's history and conduct (the fact, for instance, that he fathered an illegitimate son with the family's housekeeper while his wife was in Europe pleading with her relatives for financial assistance) but also of such innocuous facts as that Karl had a nickname (his close friends and relatives called him "Mohr").

But the attempt to cleanse Marx's profile of human elements is both silly and misleading. The idea that "the personal is political" has become commonplace if not a cliché, but it is nevertheless true, and Karl Marx's life and thought provide a quite compelling example of their inseparability. One cannot fully understand the radical elements in Marx's thought without being acquainted with the details of his life. To take an obvious example, the fact that he witnessed the political persecution of family members and their associates at an early age surely contributed to his resistance to the authority of the state, and his awareness of the variety of ways in which that authority could be used as a means for limiting human liberty and maintaining the status quo. "Freedom," he wrote in 1875, "consists in converting the state from an organ superimposed upon society into one completely subordinate to it" -- a statement that clearly indicates the distance between his own views and many of the programs that were eventually implemented in his name.

More broadly, it surely helps us understand the overall meaning and intent of Marx's economic critiques to know that he and Jenny, his wife, spent the majority of their life together in considerable and frequently miserable poverty, relying on contributions from supportive friends (most reliably Friedrich Engels, Marx's lifelong intellectual companion and coauthor of The Communist Manifesto). "The man who wrote 'Capital,' " writes Gabriel, "was an extraordinary philosopher, economist, classicist, social scientist, and writer, but he was also someone intimately acquainted with the slow death of the spirit suffered by those condemned to poverty while surrounded by a world of wealth."

If this was hard on Marx, it was surely harder still on Jenny. Born in Prussia in 1814, four years before her future husband, Jenny von Westphalen was raised in an aristocratic family but inherited her father's relatively radical political views. Though she knew that in uniting with the young Karl she was turning her back on a life of comfortable privilege, she could not possibly have predicted just how uncomfortable and impoverished her life with Marx would prove to be. Karl Marx's journalistic writings earned him little, his philosophical writings nothing at all. Both he and Jenny lived in the expectation that his masterwork, "Capital," would earn enough capital to relieve their debts and render them financially secure. But the book took far longer than expected to write -- Marx missed the publisher's deadline by sixteen years -- and when the first royalty check arrived, sixteen years after that, it had to be delivered to his children because both he and Jenny had died some years before.

The tardiness of "Capital," while extreme, was characteristic of Marx. More than once in his life he promised some publisher a brief pamphlet on some topic or other, only to turn in, months or years past the deadline, a work of several hundred pages. Gabriel writes of Marx:

[He] never met a deadline, adhered to length limits, or completed an assignment in the manner requested it (the sole exception to this last was The Communist Manifesto). The problem was not lack of initiative but his inquisitive mind. Marx simply could not set aside research and begin writing; he was enthralled by the unknown and felt he could not commit his theories to paper until he understood every angle of his ever-evolving subject. But that, of course, was impossible -- the halls of knowledge are infinite and mutable, and though he would have been happy to wander through them for the rest of his days, a contract required that he stop.

Moreover, Marx's intellectual curiosity was far from his only distraction. His political activities drew the attention of authorities wherever he went, and his family spent several years relocating from one European country to another before finally finding a home -- London -- they would not be expelled from. He spent much of his life in poor health and constant pain as a result of various ailments. (One particularly humanizing moment has him writing to Engels that he had had to give up going to the British Museum Reading Room on account of his hemorrhoids, which "afflicted me more grievously than the French Revolution." ) And there were other, profounder sufferings: four of the couple's seven children -- including all three sons -- died before reaching adolescence. Perhaps the most poignant moment in "Love and Capital" has Marx at the funeral of his second son, the eight-year-old Edgar, or "Musch," shouting at those who attempted to comfort him, "You cannot give me back my boy!"

A good deal of "Love and Capital" is devoted to the three surviving Marx daughters. Like their father, they tended to be intellectually adventurous and possessed a zeal for social reform. And like their father, they lived lives plagued by personal difficulties -- indeed, two of the three ended up dying by their own hand. It is hard not to feel compassion, and at times admiration, for these women and for their mother, all of whom ended up living, in more than one sense, in Marx's shadow. Yet one ends the book still feeling somewhat remote from them -- as one does, despite Gabriel's efforts, from Marx himself. "Love and Capital" is well researched and does a fine job of relaying historical facts, but it will leave at least some readers longing for a deeper delving into the daily texture of its subjects' lives, an intimate portrait rather than a deftly sketched big picture.

Perhaps to some degree this is due to the nature of its primary subject, who, Gabriel writes, was "often fiercely argumentative, intellectually arrogant, and notoriously impatient with anyone who disagreed with him. His frequent drinking episodes...often devolved into verbal if not physical fights. He had little time for niceties; for someone so conceptually fascinated by the alienation of man, Marx routinely alienated those who encountered him." Yet on the same page she notes that "in private Marx was warm, loving, kind, and generally described as excellent company when he was not plagued by sleepless nights or stricken by disease, both due to anxiety over his work." Many visitors to the Marx home, indeed, remarked with surprise on how warm, hospitable, and charming the great theoretician turned out to be.

Some of the book's most touching moments center not on Marx's relations with his wife and daughters but on his friendships; it is here, perhaps, that he managed to be most fully human. Following Marx's death, Engels took it on himself to go through his voluminous papers, trying to assemble the later volumes of "Capital" that his friend had so often claimed were near completion. At one point he wrote to an acquaintance, "For the past few days I have been sorting letters from 1842-62. As I watched the old times pass before my eyes they really came to life again, as did all the fun we used to have at our adversaries' expense. Many of our early doings made me weep with laughter; they didn't after all ever succeed in banishing our sense of humor." A long-dead figure's sense of humor, and other such subtleties of character, are tremendously difficult for the biographer to capture. But in this and other passages we get hints of another Marx, a shadow Marx who has somehow contrived to escape even the re-humanized depiction Mary Gabriel has given us.