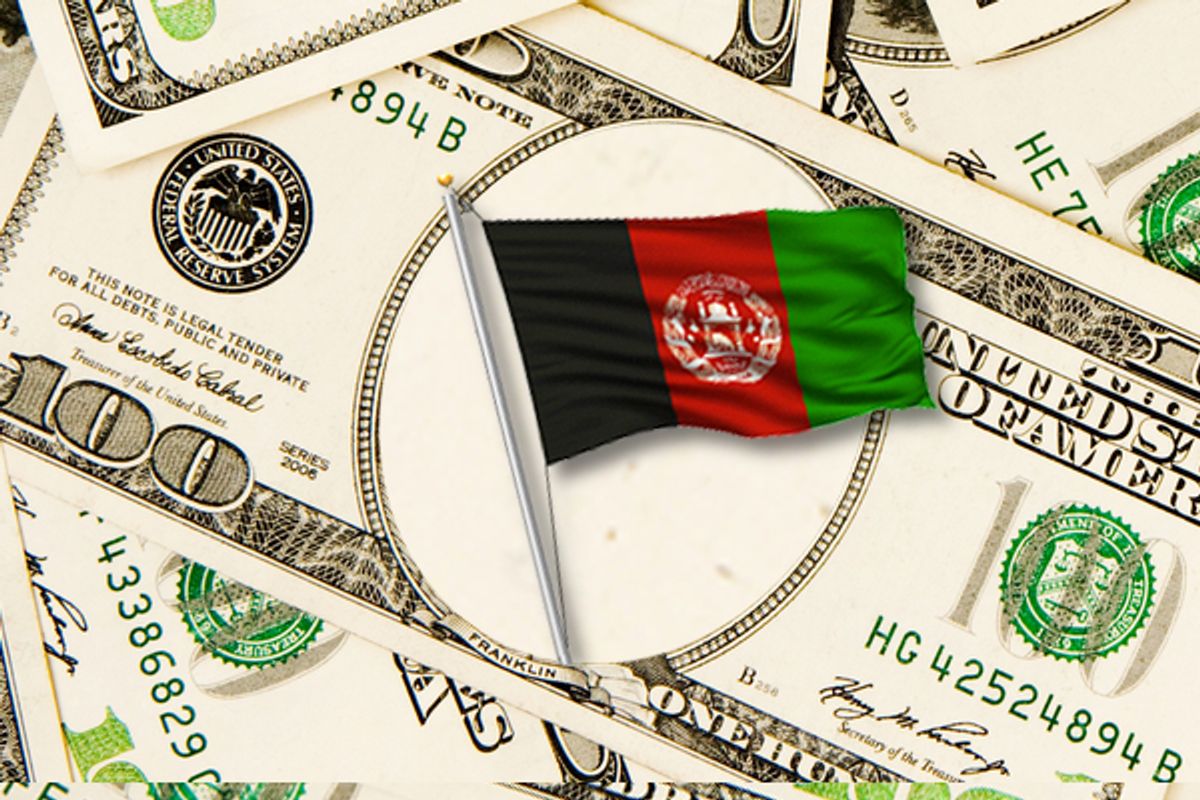 The Afghan state is considered to be so weak that President Hamid Karzai is mockingly known as the "mayor of Kabul." Well here's the latest troubling sign: In the five-year period ending in 2010, the United States and other donor nations paid for fully 90 percent of the expenditures of the Afghan government.

That's according to a new study by the Government Accountability Office (GAO). It found that the U.S. paid for 62 percent of the Afghan government's budget, while other donor nations paid 28 percent. The U.S. share amounted to about $34 billion over the five-year period.

The money went to budget items such as salaries for government employees, social security benefits, infrastructure projects, and training of the Afghan army.

To be sure, this represents only a small portion of the expenditures on the war, which, depending on the estimate, amount to something over $100 billion per year.

Here is a chart from the study breaking down funding of the Afghan government's spending: (GIRoA stands for the government of the Islamic Republic of Afghanistan.)