What Obama got right on green jobs

The weatherization program creates jobs and helps poor people. So why is it on the chopping block? 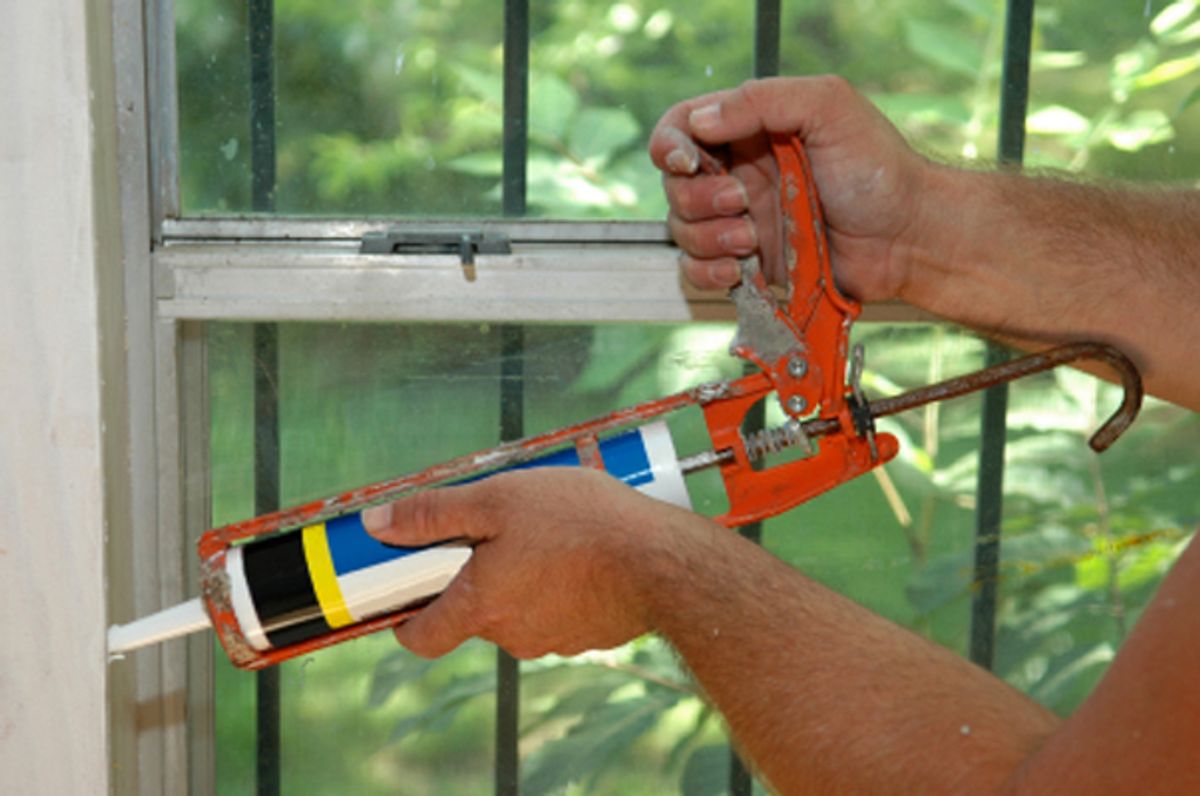 With Solyndra-gate stretching into another week, it seems like a good time to point out that not only is the bankruptcy of the California solar start-up an intentional distraction from larger questions about U.S. solar policy, it is also a distraction from other green jobs programs, one of which is doing pretty well.

The federal Weatherization Assistance Program (WAP), created in 1976 to save energy in the midst of the first oil crisis, offers a comprehensive array of weatherization services to 8 million low-income households. Funded through Community Action Agencies (CAAs), created by Lyndon Johnson' War on Poverty, the WAP is the anti-Solyndra, a symbol of what the Obama administration got right on green jobs.

Since the Obama administration allocated $5 billion to weatherization programs with the American Recovery and Reinvestment Act (ARRA), more than 500,000 homes have been weatherized, 84 percent of the goal of 592,000, putting the program ahead of schedule and under budget.

And despite House Speaker John Boehner's claim that weatherization would "do little or nothing to create jobs in the short term," weatherization assistance has been one of the most successful job-creation efforts funded by the stimulus package. The program has created the equivalent of between 14,500 and 18,000 full-time jobs each quarter, making it the seventh most effective ARRA-funded program out of approximately 200, according to the Obama administration. Small businesses, in particular, stand to benefit: The Energy Future Coalition estimates that 91 percent of businesses hired to undertake retrofits employ fewer than 20 people.

The weatherization process has not been without difficulties. A year into the program, a report that less than 8 percent of homes had been weatherized spurred a wave of articles reporting a "stormy start," with some already denouncing the program as a failure. Many states struggled at first to scale up their programs quickly and effectively, particularly those in warm-weather regions where weatherization spending was lower to begin with. And charges of mismanagement have plagued a few states, particularly Delaware, where the weatherization program is now on hold pending an investigation of allegations of fraud.

For the most part, though, the weatherization program has been one of the success stories of the Recovery Act. As of last week, Washington state has weatherized over 156 percent of its target houses. Texas not only managed to meet the challenge of scaling its program from $13 million to $327 million under ARRA -- a 24-fold increase that Gordon Anderson of the Texas Department of Housing and Community Affairs compared to "drinking out of a fire hose" -- but has completed 43,814 homes as of Sept. 19, a figure well above its target of 37,699. As of June, Idaho had weatherized 128 percent of its target houses, while Vermont and Maine, respectively, had weatherized 123 percent and 106 percent of target houses.

Planning and training are the key factors in their ability to successfully scale their weatherization programs, according to staffers who worked on the program. What some characterized as a "slow start" was in fact largely the expected effect of a period of intensive planning and capacity-building. Christina Zamora of the Community Action Partnership of Idaho called it "a lot of tedious planning on the front-end" that paid off once work began in earnest.

While not all states have been so successful, and some have encountered more speed bumps than others, hardly any states can be characterized as outright failures. As of June, only five states had completed less than half the projected number of houses, and nearly all (with the exception of Delaware) claim to be on track to complete or exceed their targets by the time ARRA funding expires in March 2012. Indeed, with six months remaining, most states are still at the height of production, with many completing projects at well over 100 percent of the projected rate.

Still, right-wing groups have sought to paint state weatherization programs as rife with fraud and abuse, pointing to inspections detailing subpar construction work as evidence of government waste and ineptitude. Yet Anderson argues that the problems revealed by audits and inspections actually demonstrate that states have been "extremely vigilant" in overseeing the WAP expansion in order to hold contractors and subrecipients accountable and ensure that spending actually benefits low-income households.

At a time when poverty in America is at an all-time high, the benefits are substantial. Though cost savings vary with fuel prices, the Department of Energy estimates that weatherization reduces household energy bills by an average of $350 per year, and overall, the program produces approximately $2.51 in benefits for every dollar spent: $1.80 in reduced energy bills and $.71 in non-energy benefits like increased employment, improved housing quality, and better health and safety.

Weatherization also reduces the carbon emissions of an average house by approximately 2.65 metric tons annually, more than you'd save driving a Prius instead of a regular sedan for a year. Indeed, a study by the National Academy of Sciences finds that household-level actions, including weatherization, could reduce U.S. carbon emissions by approximately 7 percent with little to no reduction in household well-being.

Despite these myriad benefits, the future of the weatherization program is up in the air. It's too soon to know for sure what will happen when Recovery Act funds run out in March, but many are worried that newly trained workers and better-equipped agencies may be left without jobs despite long waiting lists for weatherization assistance.

Steve Payne, the managing director for housing improvements and preservation in Washington state, said, "We'd hoped ARRA would be a bridge to recovery," but admitted that Washington's economy is still struggling, with an unemployment rate hovering around 9.3 percent. People hired and trained by ARRA, Payne worries, will have trouble finding jobs when the program ends. Still, he says, things could have been far worse if it hadn't been for ARRA and other recovery funds.

"We can feel good in the weatherization program that we did give people jobs, we did support those local businesses, we did make a difference to local households."

But whether those jobs will extend past the ARRA period is in question. While Recovery Act funds have allowed local agencies and businesses to build capacity, train workers and invest in equipment, the for-profit weatherization market that the administration hoped would emerge has yet to materialize -- at least right now. Payne thinks that the struggle to cope with reduced budgets has increased awareness of and interest in energy conservation measures, but that most people just don't have the cash to undertake renovations themselves.

But that doesn't mean that weatherization isn't a good investment; upfront costs are a hard sell even for things that pay for themselves in the long run, and that's particularly true in a recession. In fact, weatherization is exactly the kind of thing we should be funding; it's something that people would like to do but cannot afford during the downturn. Indeed, the Brookings Institution and the U.S. Council on Green Buildings project significant growth in the green construction industry over the next few years, meaning that the prospects for workers who have received weatherization training under ARRA are good in the long run: Funding weatherization at a heightened level now could help ease the transition while the industry continues to get off the ground.

Instead of increasing funding for the regular weatherization assistance program, however, the Obama administration is said to be seeking to move away from directly subsidizing weatherization toward competitive funding programs like the Social Innovation Fund and Race to the Top grants. Prospects are even worse in Congress: The 2012 budget passed by the House would allocate just $33 million to weatherization, an 80 percent cut from the 2011 budget that would essentially kill the program. The bill going before the Senate would freeze 2012 funding at the 2011 level of $174 million, which would keep the program running but fail to take advantage of the increase in capacity that resulted from ARRA.

Furthermore, funding for CAAs themselves is also in peril: Obama's proposed 2012 budget would cut community services block grants, the main source of support for CAAs, in half. Obama went so far as to mention the cuts in his State of the Union address earlier this year as an example of his willingness to compromise, stating that "I've proposed cuts to things I care deeply about, like community action programs." Cutting funding to CAAs would put a strain on the networks of people, skills and organizations that made the WAP ramp-up a success, and could undermine the capacity to implement such large-scale projects in the future.

This is the reality of policy success in the Great Recession. The scale-up of WAP built the capacity to undertake an enormous number of projects that advance a number of widely agreed-upon goals, but instead of taking advantage of the investments already made, certain elements of Congress -- we all know which ones -- are proposing to jettison the endeavor entirely. This is exactly the kind of program we should be funding while we work toward longer-term job and energy solutions, but instead we seem set on bleeding ourselves to death.