Dad hated talking about Korea. Over 50 years later, he told me about the time he first faced death 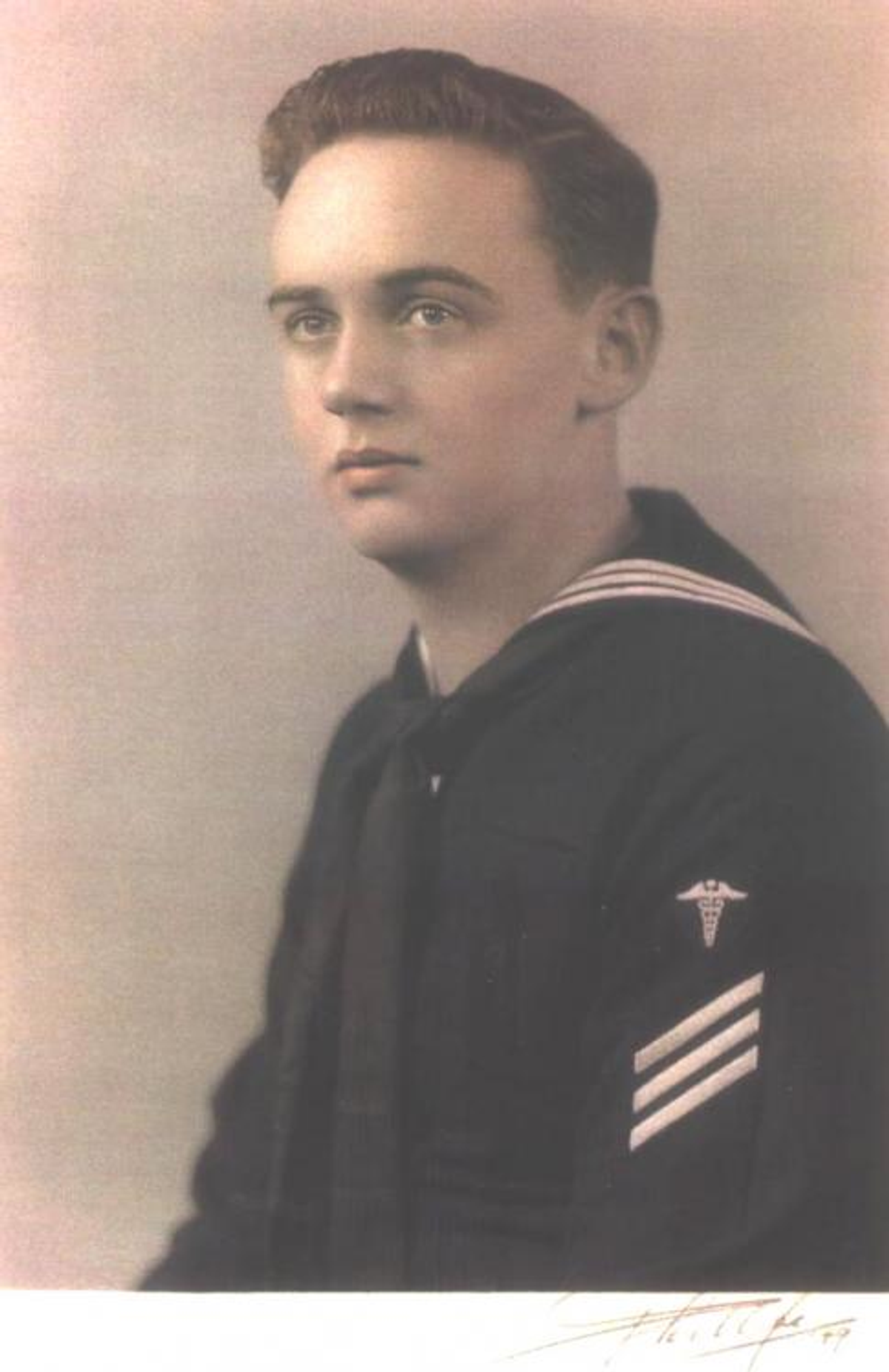 My father never wanted to talk about his experiences during the Korean War. He'd only mention it to correct us kids. "It was the Korean confict," he'd tell us. "It was nothing more than a police action."

Dad had a Purple Heart, preserved under a small glass dome. It was years before he displayed it, but eventually it found a place of honor on the living room mantel. Decades more passed before my father told me about his military service. He only opened up when my son Mike, fascinated by his grandfather's war medal, wrote a "true story" about it for 8th grade history class, which featured Grandpa heroically pulling a wounded superior officer to safety. The fantastical tale impressed his teacher, but it didn't impress me.

"You have a duty to your descendants to keep family history alive, Dad," I told him, after we'd both had a laugh over Mike's fabrication. So my father finally opened up, after 50 years of silence.

Dad had been a bit of a handful growing up. As a teenager in 1940s Los Angeles, he started drinking, smoking and hanging out with a rough crowd. One night, he and his friends got wasted and stole a pickup truck. They all ended up in jail. My grandfather was so disgusted that he let my father stay overnight and sober up before bailing him out the next morning. The police officers suggested that the military might straighten his son up.

When, at 17, my father was given the choice between finishing high school and joining the Navy, he was down at the recruiter's office before my grandmother could protest. He quickly began training as a hospital corpsman. The year was 1947, and the Korean Conflict was heating up. Soon, Dad and his fellow medics were shipped out. Since my father's job was to patch up his comrades, not shoot at North Koreans, he was issued no weapon by the U.S. Navy.

Dad was Irish, and his family tree is crowded with mystics, seers and dreamers, my grandfather among them. Friends and relatives, I've been told, had come to heed Grandpa's uncannily accurate warnings. One night, he had a vivid nightmare that my father was killed in combat. When he had the same dream again, he decided he needed to arm his son. He purchased a pistol and a box of bullets and sent them by military post office to my father. I find it amazing, in our day of scanners and X-rays, that such an item ever made it to its destination, but Dad said it did. He must have been grateful to have a weapon; my father told me he was carrying the moment he faced death.

In late November or early December 1950, my grandpa told his daughter, my Aunt Colleen, to stay home from school. He had "seen" a telegram from the U.S. Navy being delivered and Grandma overcome with grief. Aunt Colleen did what she was told, but no telegram arrived that day.

But it might have been the same day, however, that my father found himself huddled in a sleeping bag not far from the Chinese border. Harsh winds had been gusting for days, and at night the temperature dropped to 30 below zero. I've since read that the vials of morphine Dad and his fellow hospital corpsmen had froze, and that they tried to thaw them, in their mouths, or against their own flesh, so they could use them to ease the pain of the wounded.

Dad was curled up in his foxhole, trying to catch a little sleep in the near-Arctic cold. He awoke in the middle of the night to find his camp under attack. A dark silhouette loomed over him. Then, my father told me, he clutched his gun and shot through the sleeping bag at his enemy. The man dropped to the ground, but not before returning fire. The wound my father received was high enough on his thigh for him to tell me: "A few more inches and you, your brother and your sister would never have been born."

Chaos followed. In what would become known as the the Battle of Chosin Reservoir, thousands of Marines and Navy corpsmen, surrounded and outnumbered by Mao's Chinese troops, attempted to retreat from the huge reservoir high in the North Korean hills with only a few viable escape routes. Military commanders later claimed that no one froze to death, but several hundred men needed fingers and toes amputated due to frostbite after they managed to flee "the Frozen Chosin." The evacuation took more than a week, and in the intervening days, families at home anxiously awaited news of the outcome.

Back in Los Angeles, the telegram my Grandpa had "seen" arrived: Their son was missing in action. Frantic for information, Grandpa called the secretary of defense, and even attempted to reach President Truman's office. But no news came of the expensive long-distance phone calls. Agonizing days passed, and finally, my grandparents received another telegram: Their son was safe in a military hospital recovering from his wounds. In time, and with a slight limp, their prodigal son returned. He still carried the pistol my grandfather sent him.

Decades later, he still had it. While undergoing radiation treatment for cancer, he endured excruciating and relentless head pain. Fearful that, in a moment of weakness, he would use his father's lifesaving gift to end his suffering, he gave it to a neighbor for safekeeping. Len asked us if we wanted it, when we came to bid Dad goodbye. We told him to keep it.

Dad told me his story when I visited him in 2004. He was living in Indiana, and I returned home to Phoenix. It was the last time I saw him conscious. In October 2005, after a full life spent in song, jokes and bouts of Irish moodiness, he died.

Some secrets need to be shared. Dad defeated death at age 20, fathered three children, grandfathered three more, and lived an ordinary life. It comforts me that he didn't take his extraordinary secret with him to the grave.