The overacting hall of fame

Slide show: Sometimes an actor has to go over the top to sell a performance. Here are some of the most memorable 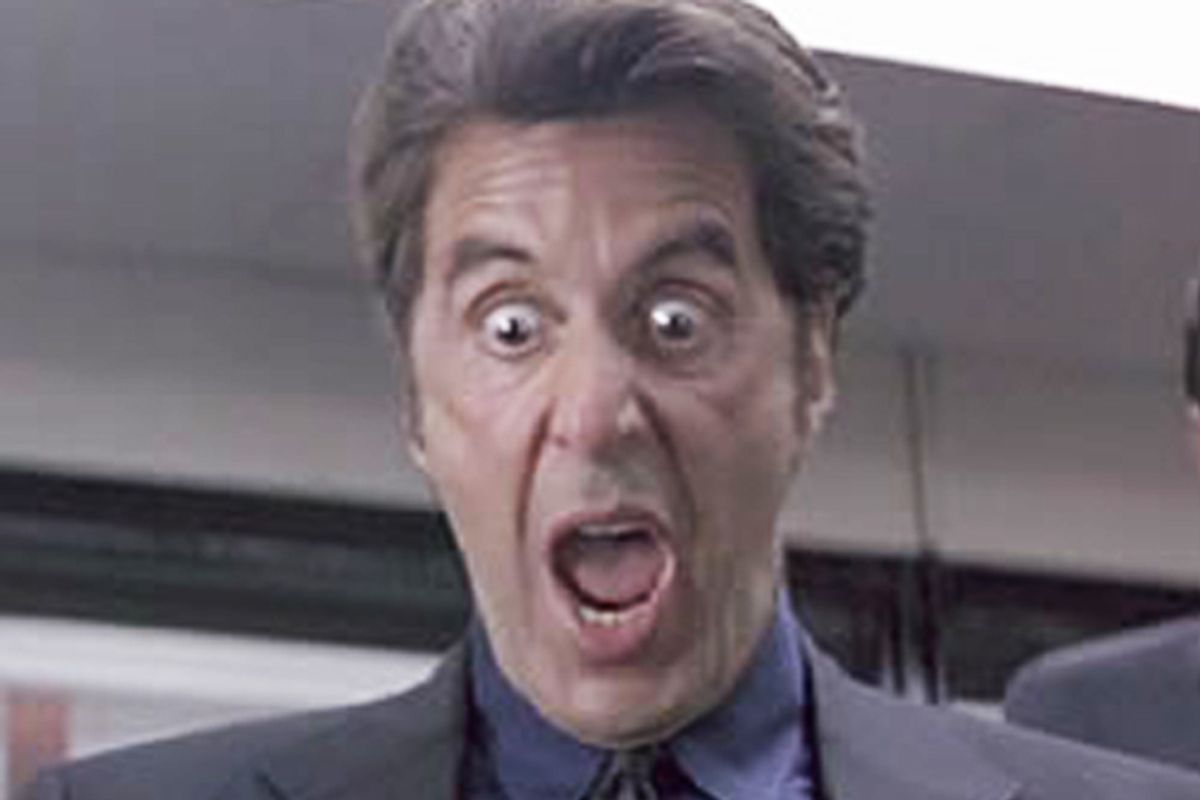 Sorry. Once you start imitating late Pacino it's hard to stop. He's a charter inductee in the Overacting Hall of Fame -- a hall of legends whose ranks will surely grow once you add your own favorites to the Letters section.

I need to offer a few words of explanation before we cut the ribbon and welcome readers into the hall. First, although it might seem hard to believe, I don't intend the word "overacting" as an automatic pejorative. I'm treating it as a descriptive, even scientific term: a performance in which the actor does much more than was probably necessary to get the point across. Sometimes overacting is sheer torture, especially when the performer is problematic to start with (a couple of offenders are cited here). But oftentimes overacting is just a style choice or a matter of artistic temperament. I don't think Udo Kier or Klaus Kinski, to name just two borderline expressionistic actors, ever gave a quietly modulated performance, and Orson Welles, quite the ham, is on record saying that big performances are not necessarily bad, and that a "realistic" performance is not necessarily the same as a good one.

Other actors can switch-hit between small and big, Pacino being an excellent example; in the '90s, at roughly the same time that he was wolfing down hundreds of square kilometers of scenery in such iconic films as "Scent of a Woman" and "Heat," he managed to be realistically, beautifully big in "Glengarry Glen Ross" and exquisitely small in "Donnie Brasco." And of course, still other actors work best when they work BIG, and seem to fade into the wallpaper when they try to be subtle. Those kinds of performers are represented here, too. You'll know them when you see them.