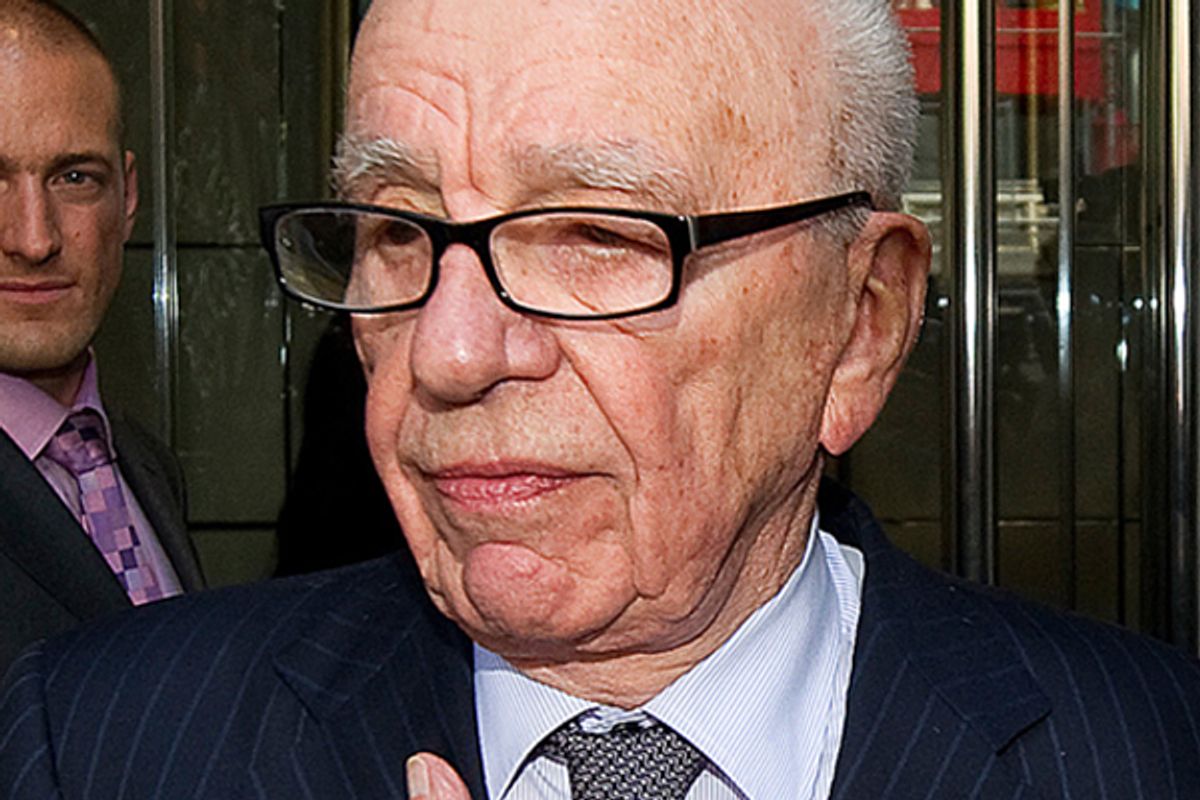 The News Corp phone-hacking scandal is still generating headlines in the UK. (It is widely referred to as the "phone-hacking scandal," though it may more accurately be described as a "police bribery, voicemail-listening, privacy-invading, and lying-to-Parliament scandal.") The Guardian says today that it may soon spread to America. The lawyer representing the family of one of the murder victims whose voicemail was listened to by News of the World reporters is looking to launch a class action suit against Rupert and James Murdoch in the US.

News Corp is negotiating a settlement with the family of murdered teenager Milly Dowler which will likely cost News Corp and Rupert Murdoch millions of pounds. Even if the class action suit doesn't materialize, News Corp also has the Justice Department to worry about:

Separately, it emerged that this week US prosecutors at the Department of Justice have written to Murdoch's News Corporation requesting information on alleged payments made to the British police by the News of the World. The DoJ is looking into whether the company may have violated the Foreign Corrupt Practices Act (FCPA).

Under FCPA laws, American companies are banned from paying representatives of a foreign government to gain a commercial advantage.

There has been a lot of bad news for the Murdoch's this month. News Corp is also facing a shareholder lawsuit. The House of Commons culture, media and sport select committee has recalled James Murdoch. News of the World's former legal manager basically accused James Murdoch of lying in his last appearance before the committee.