Fear and hugging at Dunder-Mifflin

James Spader's debut sharpened the show's dulled edge -- but does it have the nerve to draw blood again? 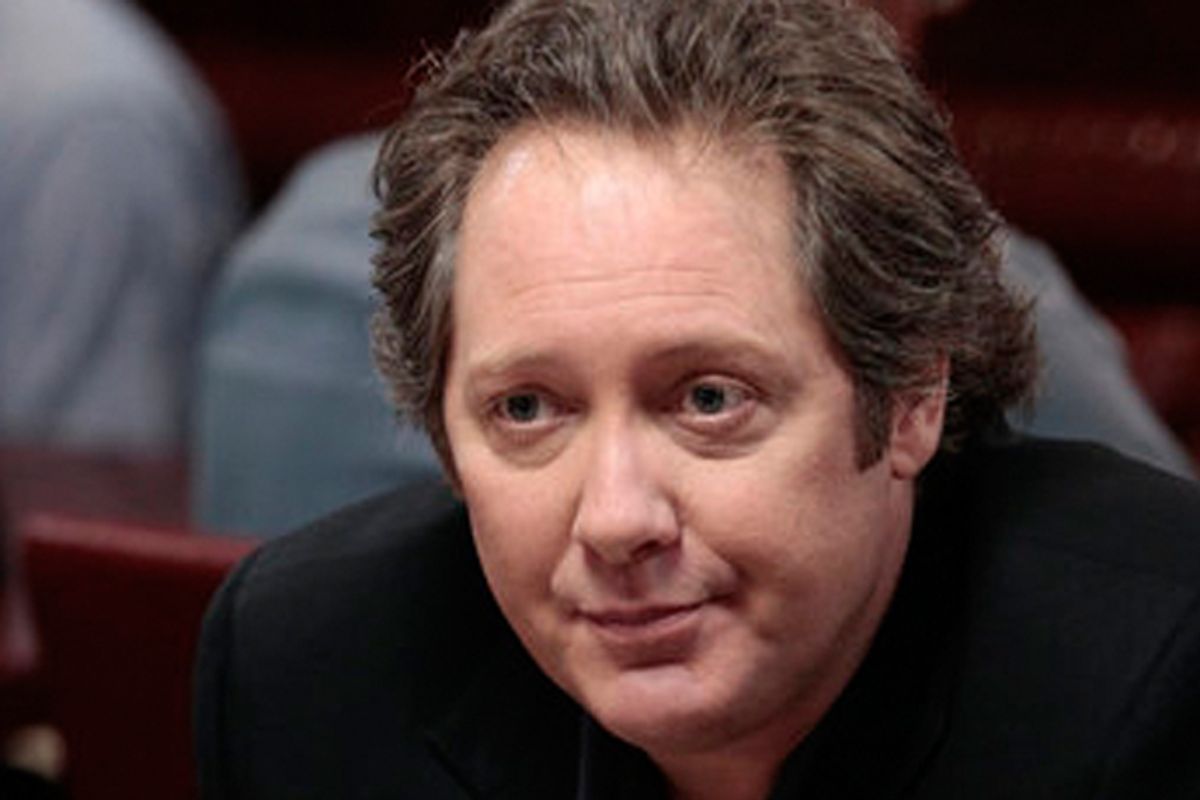 The boss man cometh: James Spader takes over "The Office."
--

Last night James Spader took charge of the post-Steve Carell "The Office" with the same quiet confidence that his on-screen alter ego, Robert California, brought to his eerie job interview last spring. But what, if anything, can the series do with his invigorating energy?

In a piece about Spader's official hiring by NBC over the summer, I wrote:

The beautiful thing about that 'interview' scene in the finale was how it offered an electrifying alternative to the type of boss represented by Michael Scott, and almost everyone angling to replace him. California wasn't a fatuous twit like Michael. He was more like a decadent prince forced to live among the rabble. The office workers had to be on their toes, alert at every second and scrutinizing everything the man across from them was saying, because they could sense that he was brilliant and manipulative -- possibly so brilliant that they couldn't tell precisely how he was manipulating them.

In the show's season premiere, titled "The List," Spader's California was every inch the prince, dividing and conquering the employees of Dunder-Mifflin's Scranton branch by "accidentally" leaving his notebook at the reception desk, with a two-column list of employee names in plain view. I put scare quotes around "accidentally" because California is obviously a mind-effer extraordinaire -- a prospective branch manager who mysteriously replaced Jo ("Harry's Law" star Kathy Bates) as the company's CEO within days of starting work. ("He talked her out of her own job," John Krasinski's Jim Halpert said, "and I really don't know how someone does that.") California's list was quickly copied and distributed throughout the branch. It unnerved the workers, who didn't know if the presence of their names in one column or the other was a predictor of good fortune or doom; soon they were fighting like passengers on a crippled ocean liner trying to pile into the last remaining lifeboat. California compounded their fear by inviting all the people in one column out to lunch and proclaiming them "Winners," which of course made the other people on the list "Losers."

This was all very sharp and funny, and induced a stomach-tightening dread that hasn't been evoked by "The Office" in a while. The series has been uniquely positioned to comment on America's widening income gap, its citizens' pervasive fear of being downsized for reasons beyond their control, and the selfishness that takes over when people fear that what little they have is about to be taken away. But for the most part it has avoided striking at the heart of those fears to produce squirm-inducing satire, instead insisting that everyone is basically decent, and that light at the end of the tunnel isn't an onrushing freight train.

The instant panic over California's notebook was a welcome departure from the warm/fuzzy approach that dominated the show near the end of Carell's tenure. When the Dunder-Mifflin employees were rioting in their own workspace, "The List" left the series' usual M.O. behind and hearkened back to its often squirm-inducing first and second season -- and to the original, British version of "The Office," whose sense of humor was usually much darker than anything the U.S. remake dared to attempt. (The eruption of violence was predicted in the scene where Dwight consulted his own notebook of hypothetical scenarios involving co-workers, one of which posited "who would eat whom in an 'Alive'-type situation.")

Will "The Office" be able to sustain that feeling of existential panic? Does it even want to? Predictions: No and no.

By the end of the episode, writer-director B.J. Novak was already dropping hints that although California was introduced as an arbitrary, vaguely sadistic power-tripper, he was probably going to turn out to be as sweet-souled as Michael (albeit infinitely smarter and more mature). In his climactic explication of the list, California said the "Winners" and "Losers" labels were temporary, and based on initial reactions that could be revised. ("Winners, prove me right. Losers, prove me wrong.") I liked that; you can read it as evidence that California is a fair person or that he's merely setting up the first stage of an epic white-collar battle royale, one that will split the office into paranoid, feuding factions.

But I was disappointed in the scene where the official new office manager, Andy (Ed Helms), confronted his new CEO and listed reasons why everyone on the "Losers" list was really a winner. It's thrilling when a comedy that systematically blunted any sharp edges it once possessed starts drawing blood again. Why put the knives away so soon and start hugging? Andy's standing-up-to-the-man scene felt like a failure of creative nerve; so did California's non-reaction to being politely but publicly told that he was full of it, at the start of his tenure as CEO of the company that pays Andy's salary. The final twist -- Andy winning an "extra" half-day of vacation that was already on the schedule -- was nice, but it didn't redeem the softness of the scene that preceded it. California's admission that his early reactions were subject to change felt like a not-too-coded plea for audiences not to pre-judge the future run of "The Office" based on this one episode. But when a long-running series seems like it's on the verge of of shaking up its formula, then reverts to type, you can't blame a viewer for feeling pessimistic.